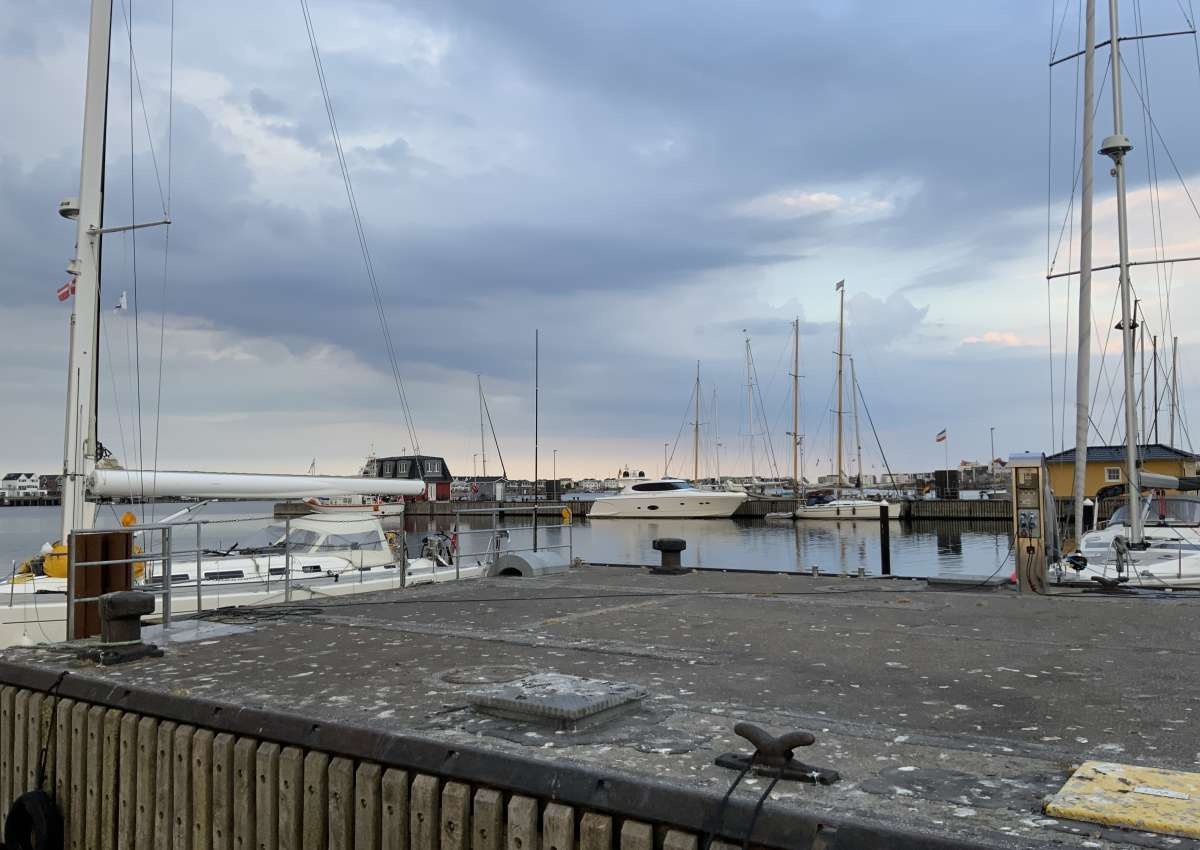 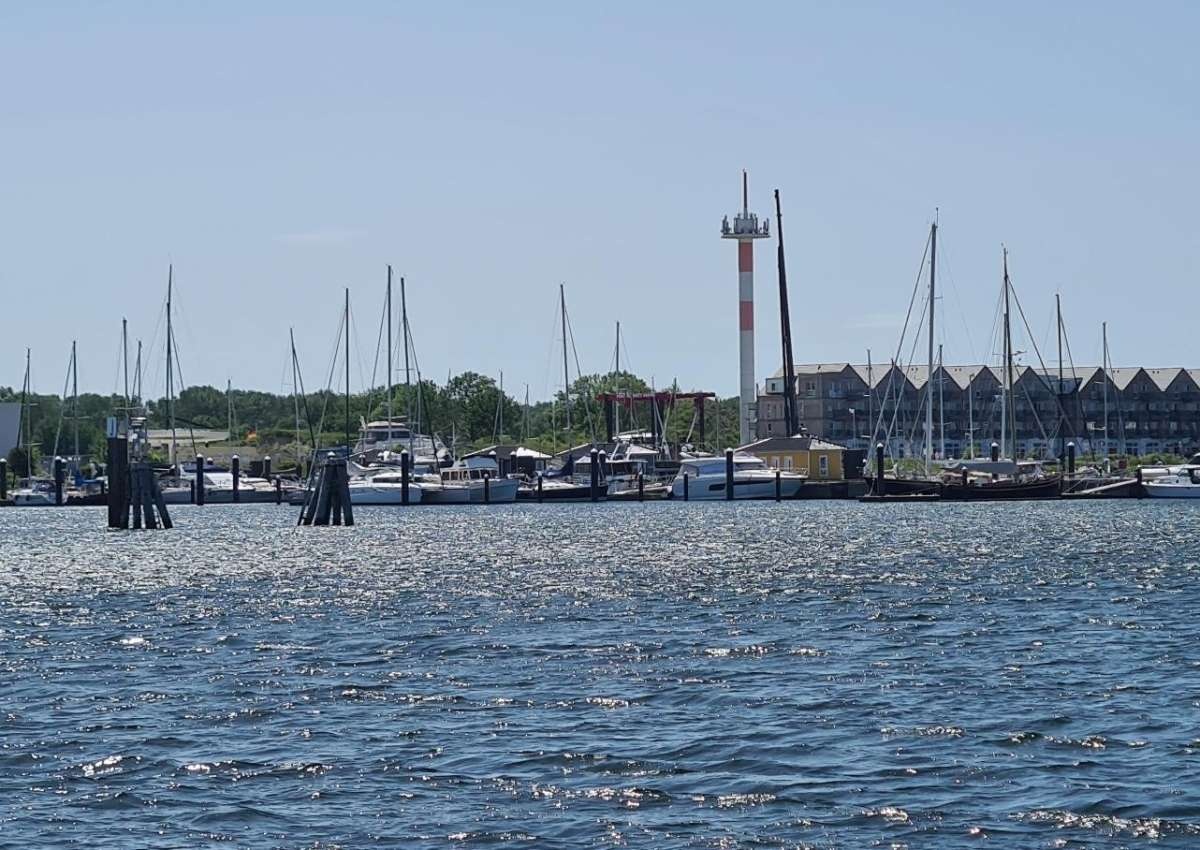 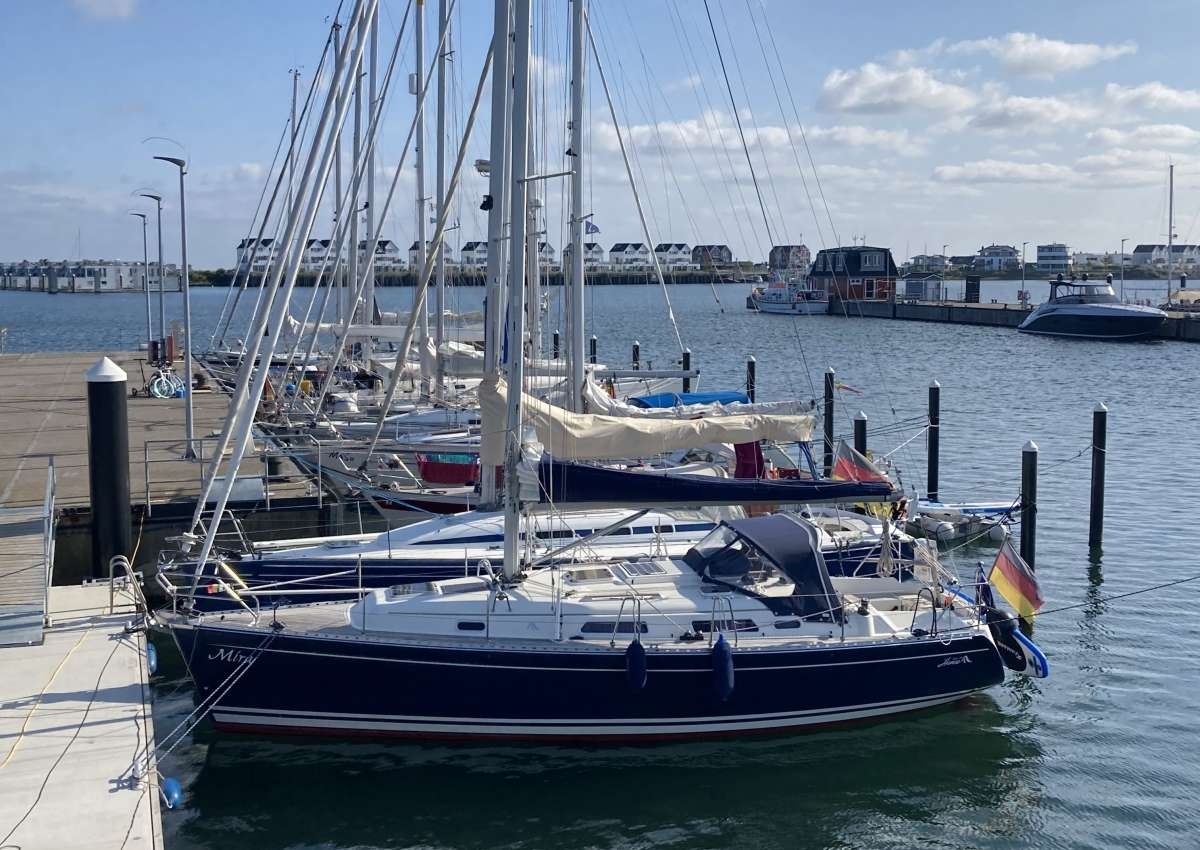 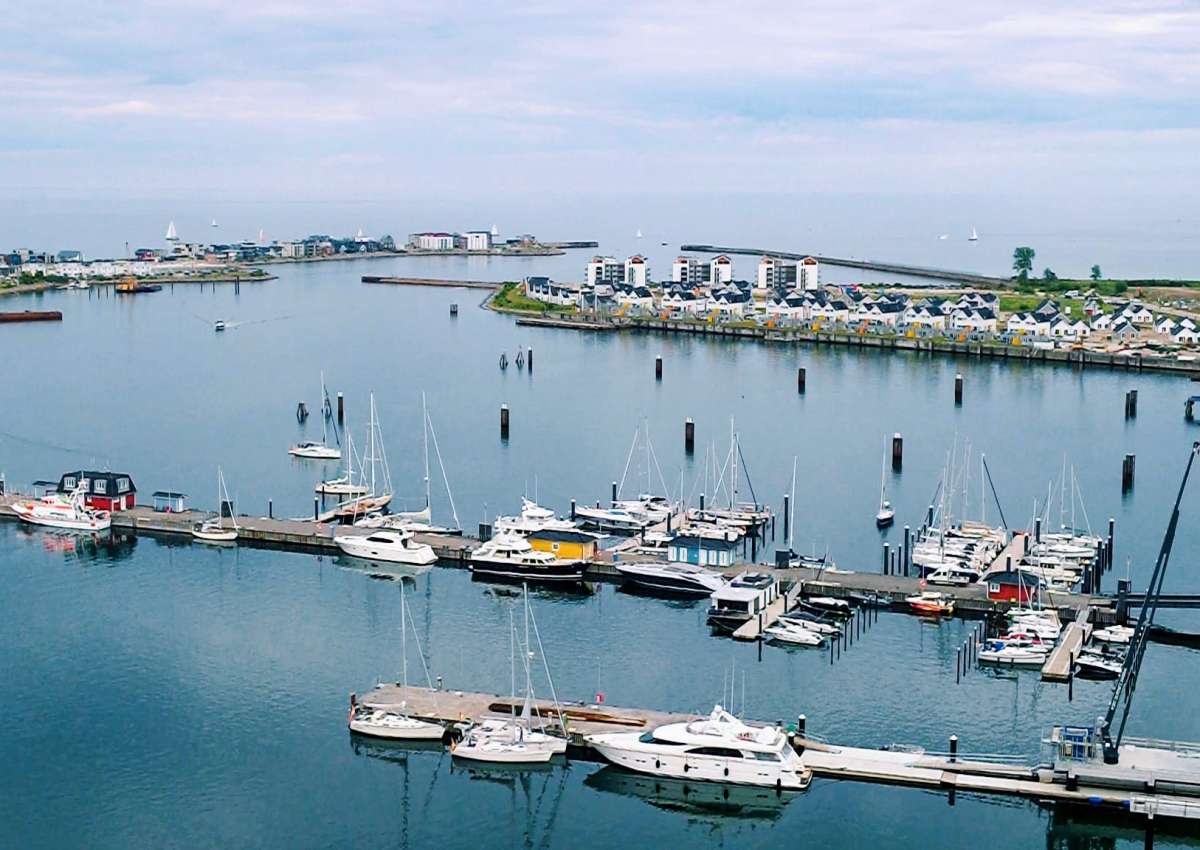 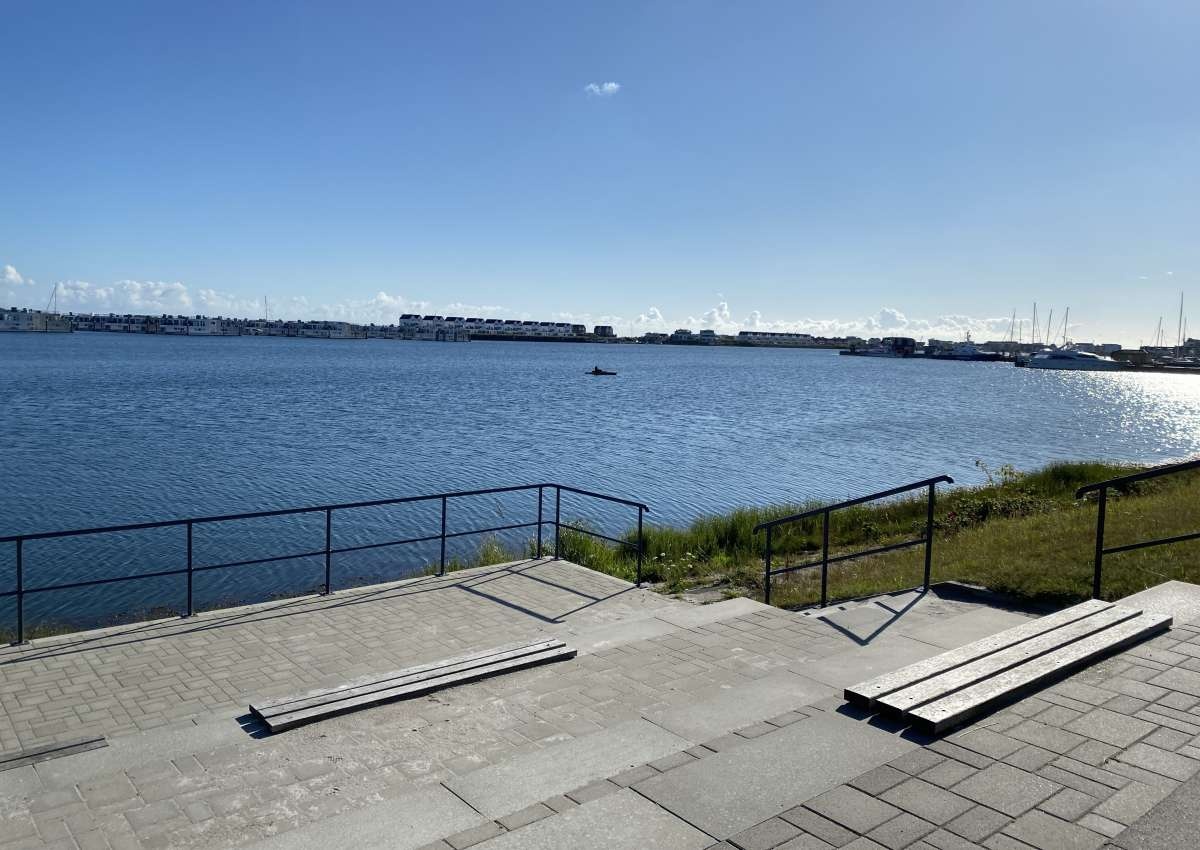 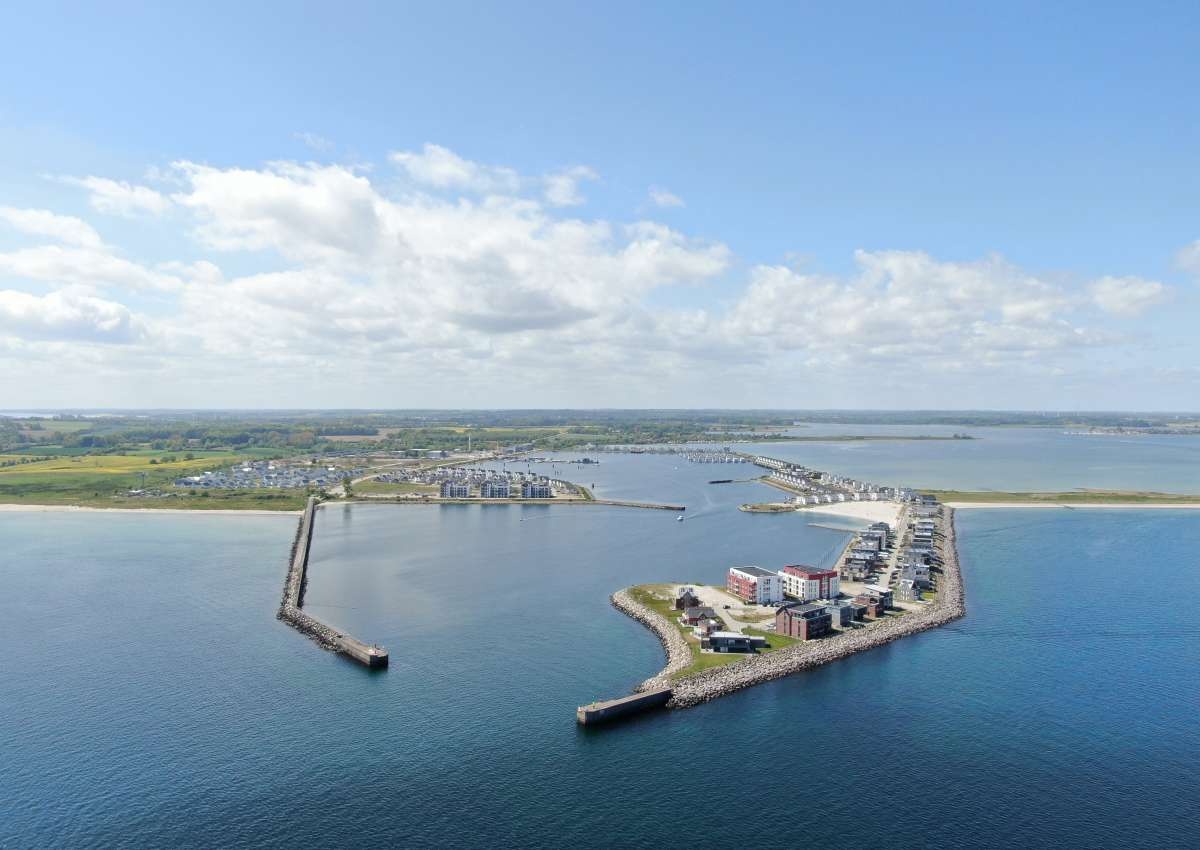 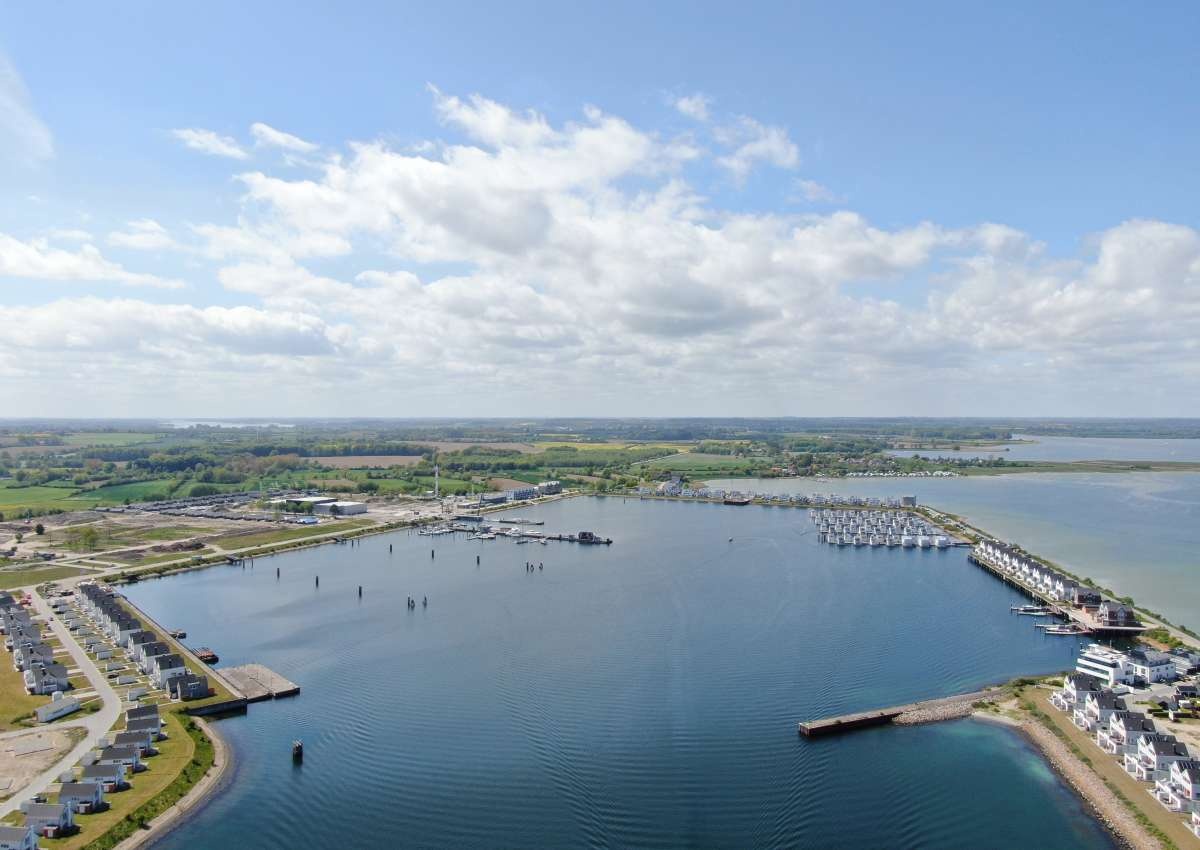 Yacht marina in the former naval base.

The approach to the port is simple and possible day and night. Between the north pier and the mouth of the sluice is a protected zone, which may not be navigated. In the outer harbor or the inner harbor there is plenty of space for sailing maneuvers.

The moorings for guests are located in the SW of the inner harbor (4 - 6m water depth) by the floating bridges. The jetties on the north side of the harbor in front of the cottages are private.

Established in the early 1960s, Olpenitz was home to several squadrons of fast patrol boats and minesweepers during the Cold War as a naval base, which considered the short access to the Baltic Sea a great advantage. Numerous accommodations for the soldiers of the floating units, workshops and signal station resulted in one of the most modern naval harbors, which was administered by the Naval Base Command Olpenitz since April 1964 and with its infrastructure also provided the home port for supply vessels as well as the workshop ship "Odin". At times of peak operation, an average of 1,800 soldiers and 450 civilians served on the 143-hectare site. The final closure in December 2006 was preceded by planning requirements that had their initial origins as early as 1993 in the course of naval downsizing.

Today, the Baltic Sea Resort Olpenitz is being created here, which at the end of its development will include not only a modern marina with all the amenities for water sports enthusiasts, but also an extensive vacation resort with a wide range of leisure facilities.

After initial failed attempts at development around the huge harbor basin, a lot has now happened: for example, in addition to a hotel, there are already various stores (groceries, boutique, souvenirs) on the promenade. To get to Kappeln for more extensive shopping, you can use the rental car service or rent ferry bikes. Due to the construction work still going on in parts of the extensive area, sightseeing and recreational value in the place are still manageable for the time being. However, there is a miniature golf course and a good bathing opportunity at the neighboring Weidefelder Strand.

As a stage port on the way to or from Denmark, Olpenitz with its still strategically favorable access to the Baltic Sea is certainly an option, if one wants to save the neighboring narrow Schleifahrwasser with the ports of Schleimünde, Maasholm or Kappeln as a stopover.