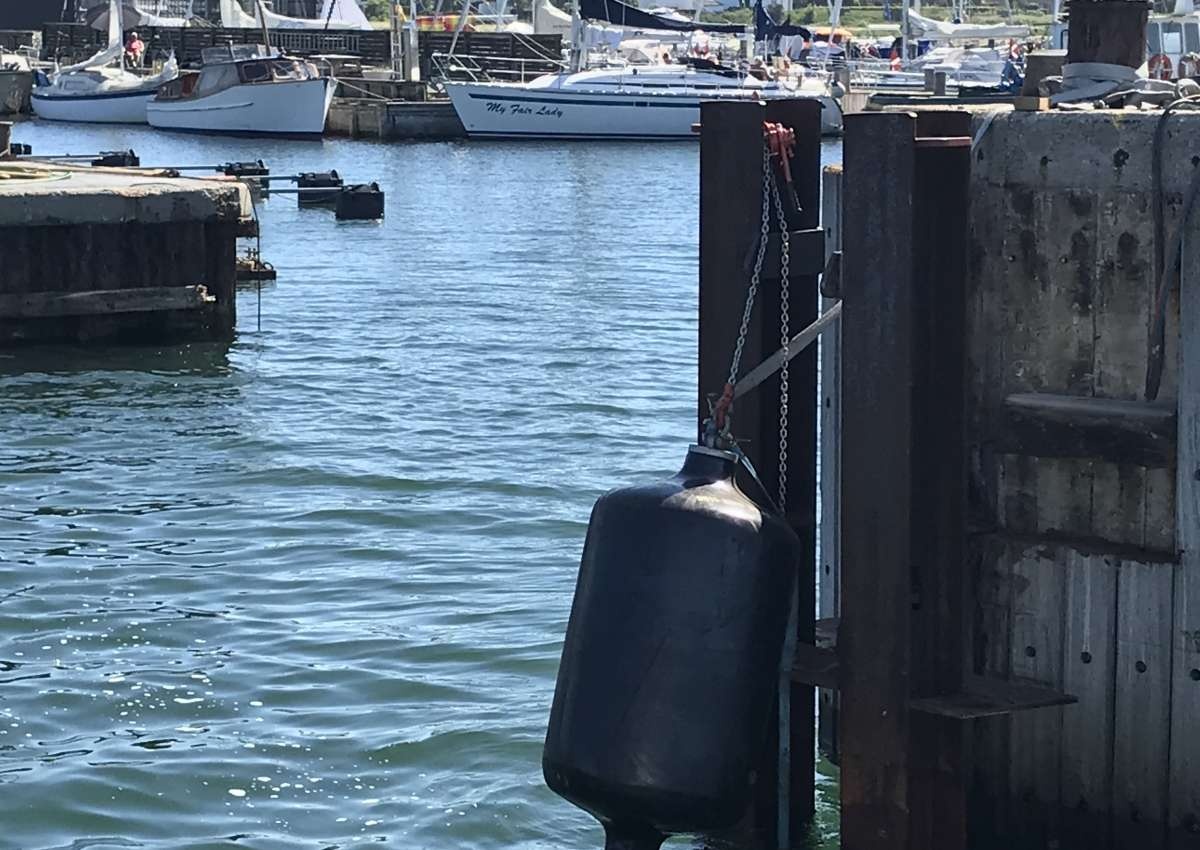 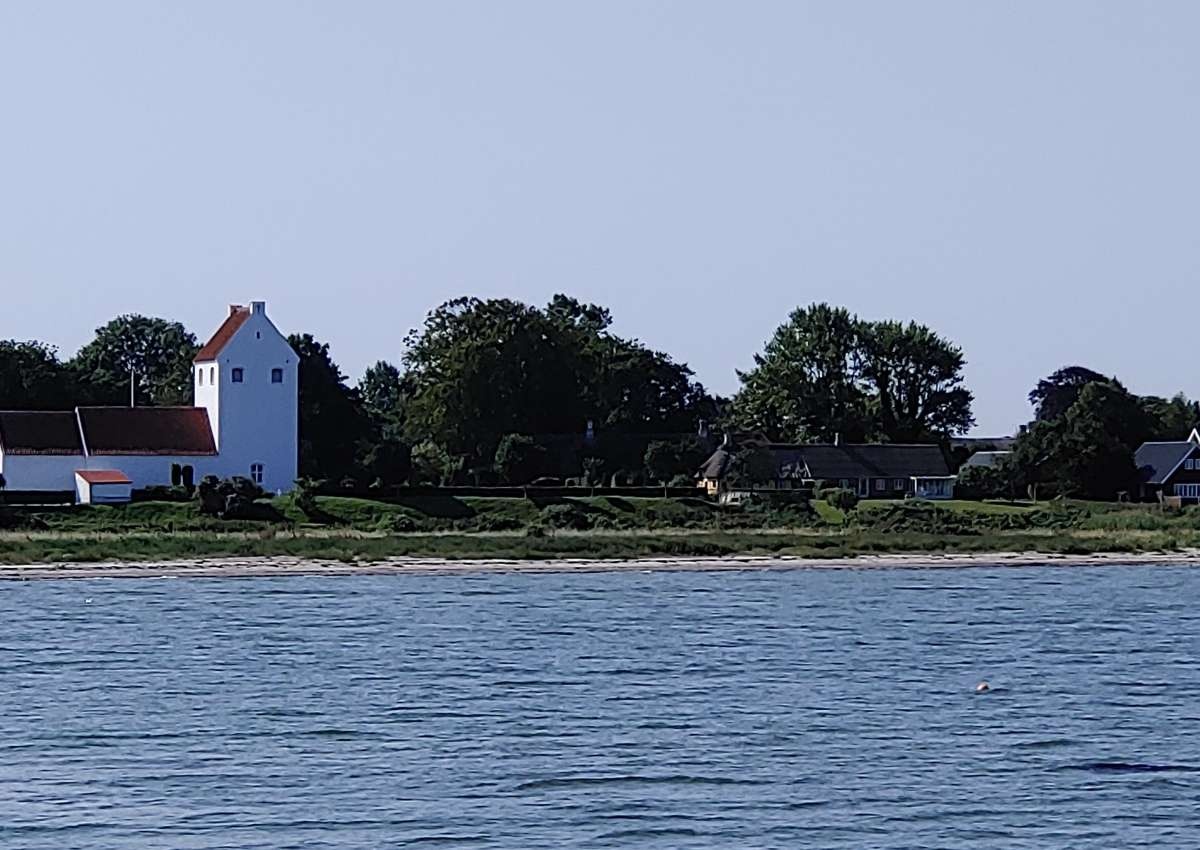 Island port at the head of a 300m causeway.

The approach to the fired harbour is possible day and night. From the approach buoy (WP 178), which is 2.7sm off the harbour, proceed 165° to the red buoy (WP 191). At night: fire in line (2 F.R), the church is a good landmark. From here, run 125° almost towards the harbour, keeping clear of the northern head of the pier because of the shallow water. Coming from the southwest, up to max.1.9m draught, it is strongly recommended to use the passage between the buoyed restricted area and the N cardinal buoy on Møllehage from the approach buoy west of Møllehage (WP 192)

Guests moor in one of the two harbour basins in water up to 3 m deep. The ferry dock on the east side is closed to pleasure craft.

Anchorage: A fairly good anchorage can be found immediately northwest of the harbour.

Supplies are available from the island grocer and there is a ferry service to Snaptun.

The village of Endelave is a picturesque place with the village pond, old farms and houses, the old windmill at the power station and the church worth seeing.

Around the year 1200 the foundation stone for the church was laid. The oldest part with the nave consists of rough granite blocks and large bricks. It is believed that a church made of wood stood on this site before the year 1200. The 15th century pulpit in late Gothic style is well preserved, as is the Renaissance altarpiece. One of the two naves hanging in the church was hung there more than 150 years ago. The other is a model of the liner "Dannebrog", which was given as a gift to the Endelave parish in 1958.

It is also worth visiting the village museum, which gives an insight into the living conditions of days gone by. In the house, built in 1741, a model of the ferry "Agda"" can be seen, which was shipwrecked off Endelave in 1944.

Outside the village of the island, which has a population of 230 and covers 13 square kilometres, the landscape is dominated by intensive agriculture, but also by unspoilt areas. Especially worth mentioning is the nature reserve Møllegrunden Seehundsbank, offshore the island in the northwest. Seal Bank is considered the most important seal sanctuary in the southern Kattegat. Møllegrunden is closed to all traffic throughout the year, but from the perimeter of the sanctuary, seals can be seen sunbathing on the long reef.

Since the sanctuary was established, the number of harbour seals living there has increased from 100 to 300. The nature reserve is also a breeding ground for numerous migratory birds. Large flocks of cormorants can often be seen here.

In general, the island has a wealth of wildlife. Swimming birds, pheasants, partridges and wild rabbits populate the island in their thousands, the northernmost part of which is another 145-hectare nature reserve. From Endelave, the unspoilt area can be circumnavigated on a hiking trail.

Walking along the coast here, on a clear day you can see as far as Samsø and Jutland, although the highest point, Snekkebjerg, is only eight metres above sea level.

On the southern and eastern coasts, and at the Øvre nature reserve, the swimming beach is particularly recommended.

The former manor house of Louisenlund lies in the southeast of the island and is now used as a holiday colony for schoolchildren. To the south of the beautiful building stretches the Lynger Hage heathland. It is 75 hectares in size and consists of, among other things, pine trees and blackberry bushes. The island even has a small airfield in the southwest.