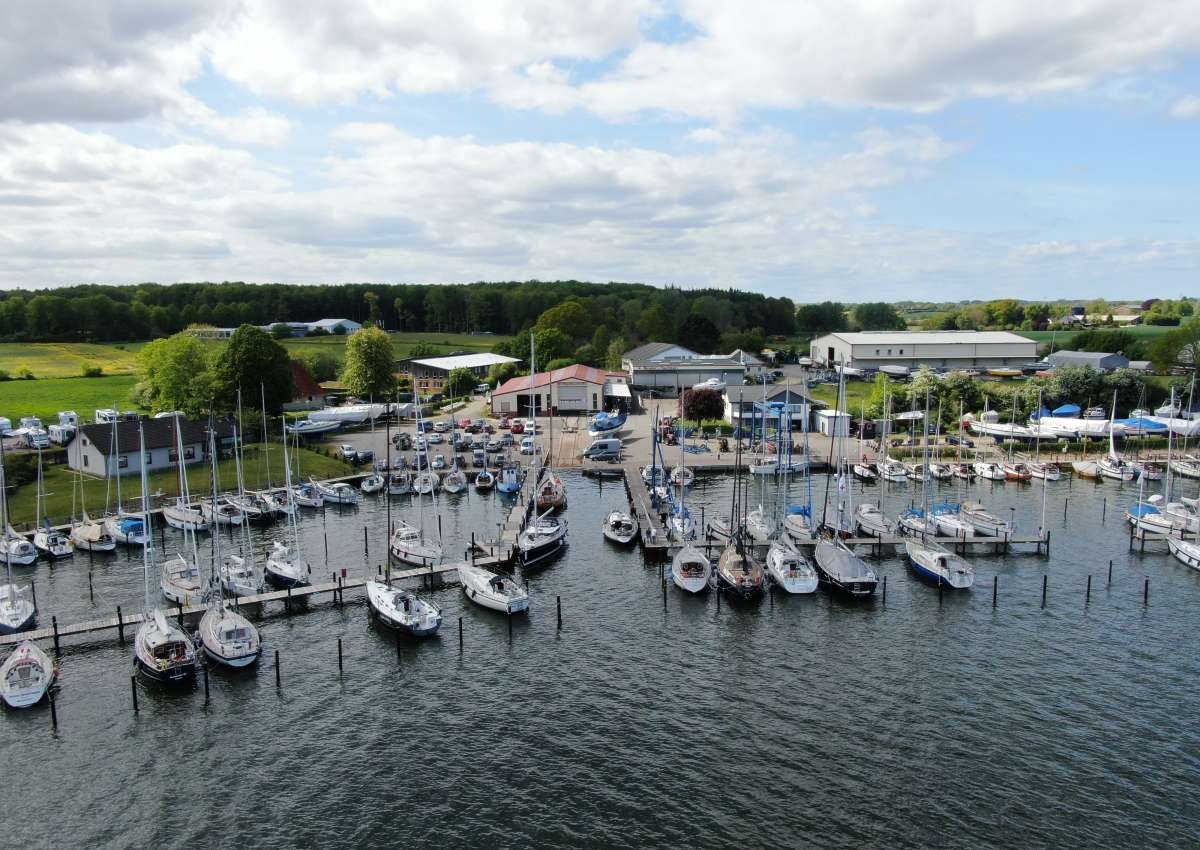 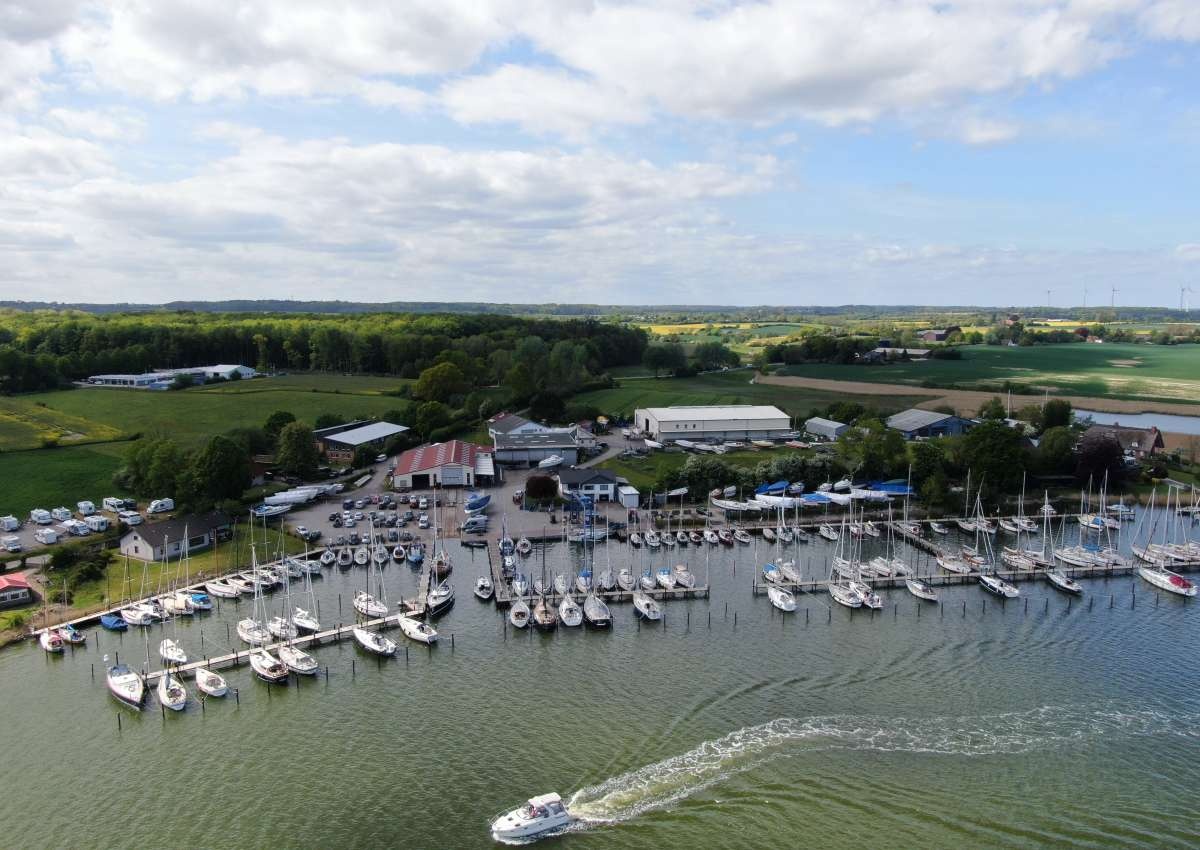 Rural berths, at both shipyards, within walking distance of Kappeln.

Since the Schleifahrwasser is lit up to Kappeln, the berths are also to be approached at night. Achtung: When approaching the berths across the fairway, pay attention to the current. Increased traffic during bridge opening (15 minutes before the hour, from 5:45 a.m. to 9:45 p.m.).

Guests will find places on 2- 3m water depth in the two marinas of the boatyards Stapelfeldt and Henningsen & Steckmest.

Here, pleasure boaters have the right of way over motorists every hour when the bascule bridge built in 2003 is put into operation. The harbour image is also co-determined by old silos and Kappeln's last fish smokehouse. On the three smokehouse chimneys, the letters "A-A-L"" tell everyone from afar what is smoked here besides sprats, halibut and mackerel.

Right next to the bridge, the town has something unique in Europe: the last herring fence that is still completely intact. Such fences used to make herring fishing much easier, but icy winters repeatedly destroyed the meshwork and modern fishing methods prevailed over the years. The Kappeln herring fence, which has always been maintained, is said to date back to the 15th century. To the sailors' chagrin, however, these fences not only provided the daily fish on the table, but also caused many a silting up of the Schlei. Despite the declining water quality, herrings are still fished out of the Schlei in large quantities, as can be easily seen from the menus of the restaurants. For those who can't get enough of herring, the Kappeln Herring Days are recommended, an annual town festival that extends over four days from Ascension Day.

Because of its sheltered, favourable location on the Baltic Sea, Kappeln was once a thriving trading and fishing port that experienced its heyday in the 18th century. In the main, agricultural products from Angeln and Schwansen were loaded here. Every summer, the pedestrian zone and the harbour mile are bustling with activity, where numerous tourists go shopping. In addition, there are narrow streets and staircases in the town centre, as well as tastefully restored old houses.

One of the town's sights is the 30-metre-high mill, rebuilt in Dutch style after a fire, which towers over the town together with St Nicholas' Church. The Kappeln mill is the tallest in Schleswig-Holstein.

Two other sights of the city lie close together on the quay south of the bascule bridge: The museum railway station and the museum harbour. The Angelner Dampfeisenbahn runs from here on its home route to Süderbrarup. The beautiful landscape between Kappeln and Süderbrarup alone is worth the trip in the old steam locomotive cars. As a sports skipper, you certainly won't miss a visit to the museum harbour.

Presumably Kappeln originated in the Viking Age around 900. The settlement is first mentioned in documents in connection with a chapel dedicated to St Nicholas, the forerunner of today's Nikolai Church. The name Kappeln is also derived from the chapel.