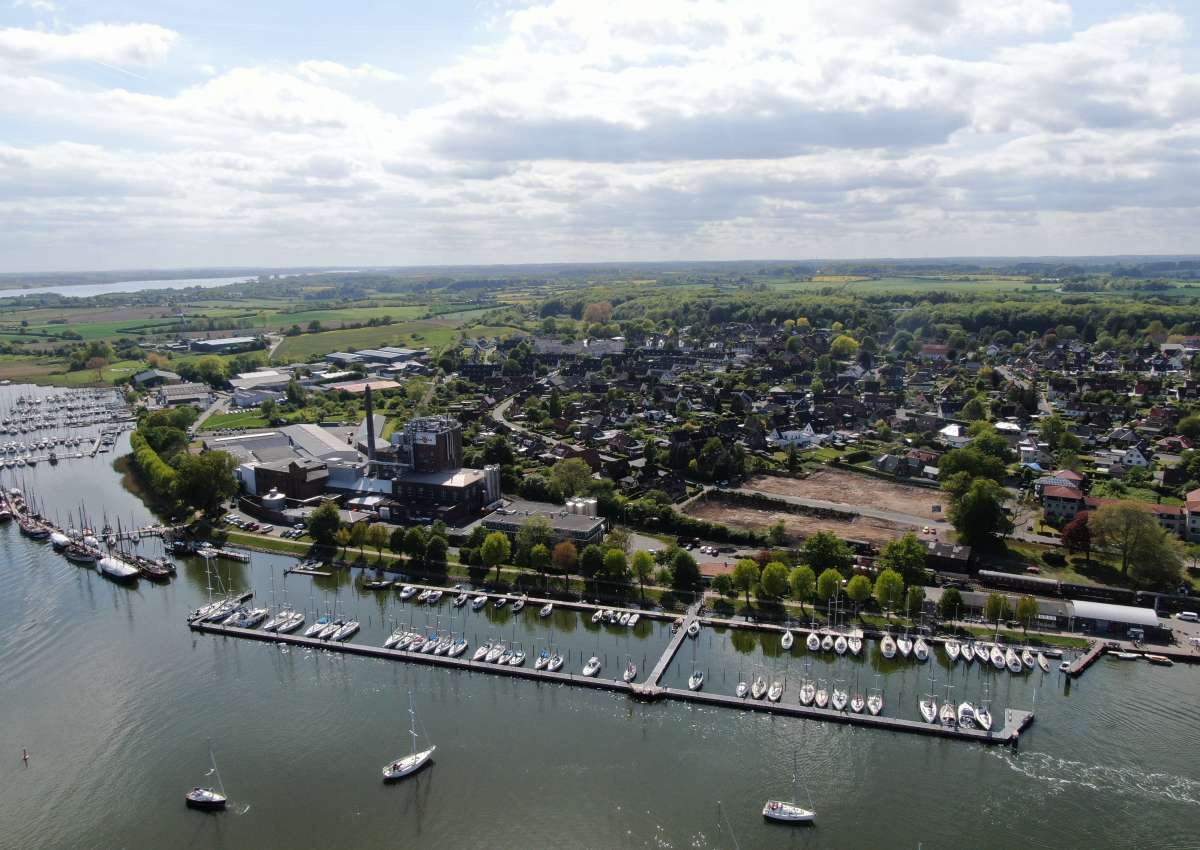 The marina  of the local sailing club is located, south of the bascule bridge, in the small harbour town on the Schlei.

During the summer months, the bascule bridge is opened every hour from 5:45 a.m. to 9:45 p.m.  Caution:When approaching the moorings across the fairway, be aware of the current.

Increased traffic during bridge opening (15 minutes before the hour each time.

Guests will find places on 2- 3m water depth after consultation with the harbour master. Lying on the outside of the marina is not allowed for "navigation police" reasons.

Kappeln offers all utilities and services.

Here, pleasure boaters have the right of way over motorists every hour when the bascule bridge built in 2003 is put into operation. The harbour image is also co-determined by old silos and Kappeln's last fish smokehouse. On the three smokehouse chimneys, the letters "A-A-L" tell everyone from afar what is smoked here besides sprats, halibut and mackerel.

Right next to the bridge, the town has something unique in Europe: the last herring fence that is still completely intact. Such fences used to make herring fishing much easier, but icy winters repeatedly destroyed the meshwork and modern fishing methods prevailed over the years. The Kappeln herring fence, which has always been maintained, is said to date back to the 15th century. To the sailors' chagrin, however, these fences not only provided the daily fish on the table, but also caused many a silting up of the Schlei. Despite the declining water quality, herrings are still fished out of the Schlei in large quantities, as can be easily seen from the menus of the restaurants. For those who can't get enough of herring, the Kappeln Herring Days are recommended, an annual town festival that extends over four days from Ascension Day.

One of the town's sights is the 30-metre-high mill, rebuilt in Dutch style after a fire, which towers over the town together with St Nicholas' Church. The Kappeln mill is the tallest in Schleswig-Holstein.