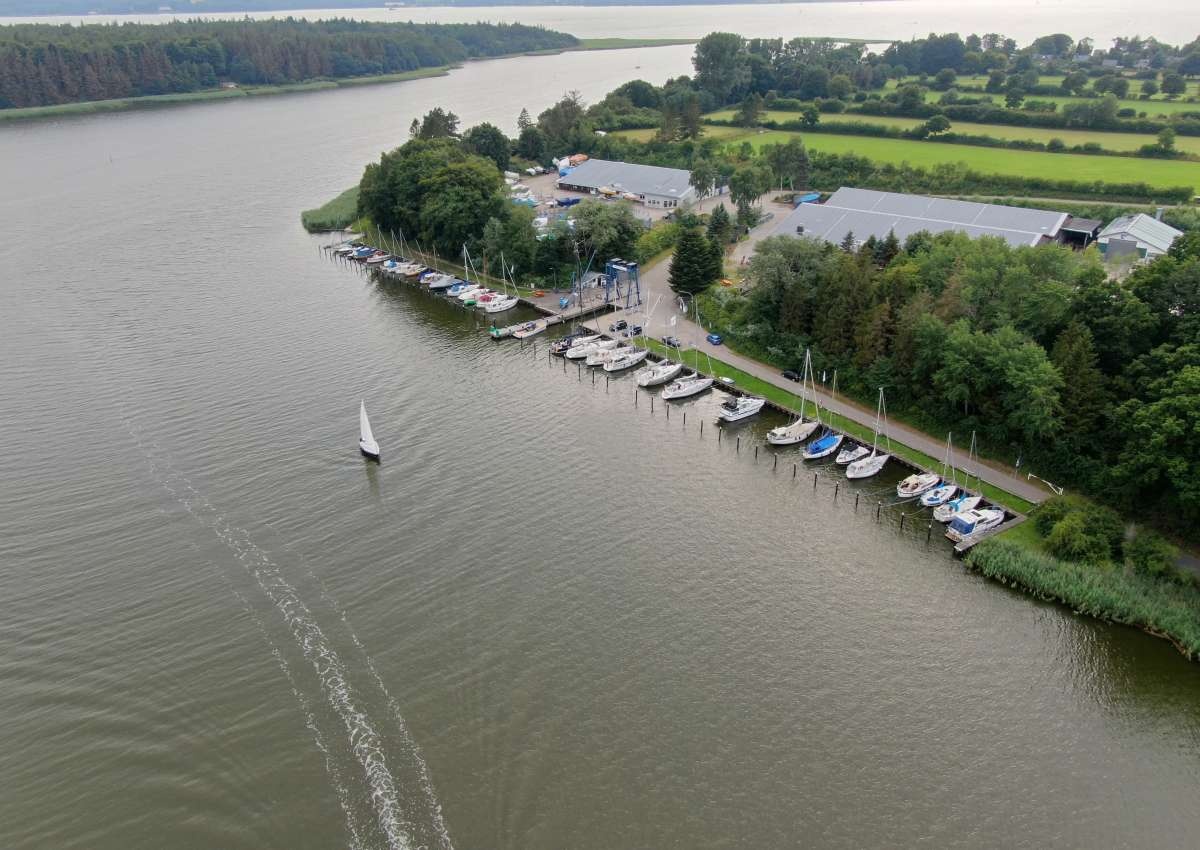 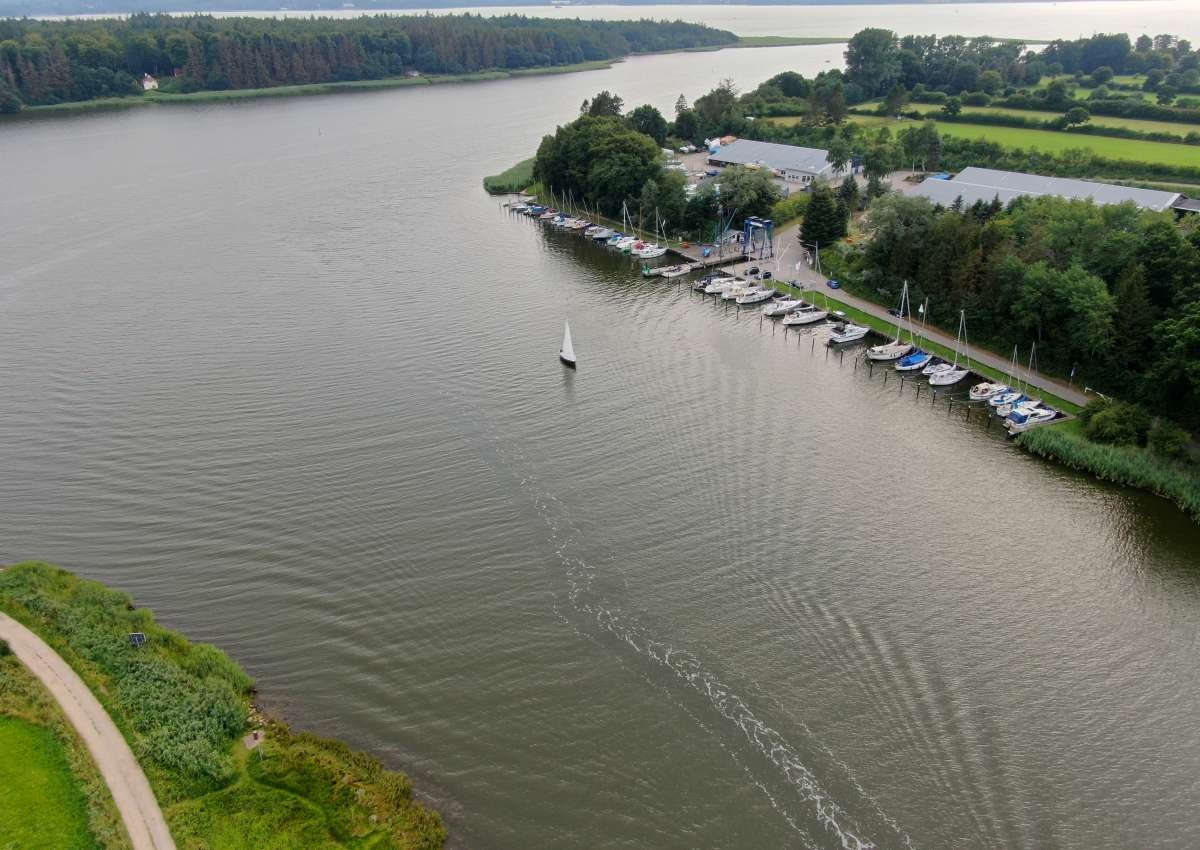 The berths are approached directly from the Schleifahrwasser. When mooring, pay attention to the cross-current. The Missunder Narrows may be navigated at a maximum speed of 5.4 knots.

Attention: ROPE FAILURE - Pass the ferry area as quickly as possible. The ferry must give way to through traffic.

Besides a restaurant and a fish snack bar, there are no supply facilities directly at the harbour, but Brodersby Marina offers full boatyard services with travel lift, slip, boat accessories etc.

The Schlei is only 135 metres wide at its narrowest point here and looks like a river. Nothing on either bank reminds us that Missunde was a fiercely contested crossing between Prussia and the Danes. Because they wanted to avoid the Danewerk (see also Schleswig), Prussian troops tried to cross here in 1864. But they failed in the fog because of the fierce resistance of the Danish batteries, which were prepared for the attack. Cannonballs walled into the walls of some of the Missunder houses are a reminder of this bloody battle.

Even today, the Missunder Narrows is the only place between Lindaunis and Schleswig where it is possible to cross. A cable ferry is in service here. However, the once strategic importance of the place has now become a tourist one. Holiday homes and, of course, pleasure boats dominate the scenery around the narrows, which can be admired from the terrace of the restaurant "Fährhaus" - the former customs house on the Brodersby side of the Schlei.

Limited supply possibilities are offered at the "Campingplatz Wees" on the Missunder side. In the village of Brodersby, 1.5km north of the harbour, there is a grocery shop.

One of the sights near Missunde is the small fieldstone church in Brodersby with its wooden bell tower. There is also a gravestone here commemorating the German-Danish battles around Missunde.

The Missunder Schleiseite in particular is an inviting place for a walk. At the ferry pier a board informs about the hiking trails. As an excursion destination, the nearby forest of Missunde southwest of the village is recommended. A trail map at the entrance to the forest provides information about the hiking routes that lead to the beach as far as Weseby.

Just before you enter the Missunder Narrows from the northeast, you pass one of the largest medieval castle complexes in the north, the Königsburg. However, you will look in vain for the once massive structure on the peninsula on your port side. Of the approximately 200-metre-long and 150-metre-wide castle, which was built in the 15th century by the Danish king Erich of Pomerania, only meagre remains of the ramparts remain.

At the same time, the castle was considered the strongest Danish bulwark of that time in Schleswig-Holstein in the 15th century. No force, no matter how strong, is said to have succeeded in capturing the fortress, which had fallen into disrepair in the meantime.

Through clever politics, the Danish queen Margarethe I procured more and more bases on the Schlei at the beginning of the 14th century. When the 25-year war for Schleswig broke out around 1410, she had succeeded in bringing the strategically most important points into her possession. When the queen died on the Ox Islands off Flensburg, her successor, Erich of Pomerania, continued the war. In 1415 he had seized almost the entire Duchy of Schleswig from the "Holstenherren"; only the city of Schleswig and Gottorf Castle were besieged in vain. The royal castle near Bohnert belonged to a series of castles with which he had secured the Schleil line in particular. When the Holsteiners received assistance from the dukes of Brunswick and the city of Hamburg, the Königsburg was allegedly attacked with 20,000 men of foot and 600 horsemen - without success.

It is unknown what happened to the Königsburg later. It is believed that the complex became useless over time and gradually fell into disrepair. Incidentally, the king's fortresses on the Schlei also included the defensive fortifications of Grödersby and at Lindauer Noor (see Lindaunis) Lindau Castle. Of both fortifications, however, almost nothing can be seen today.