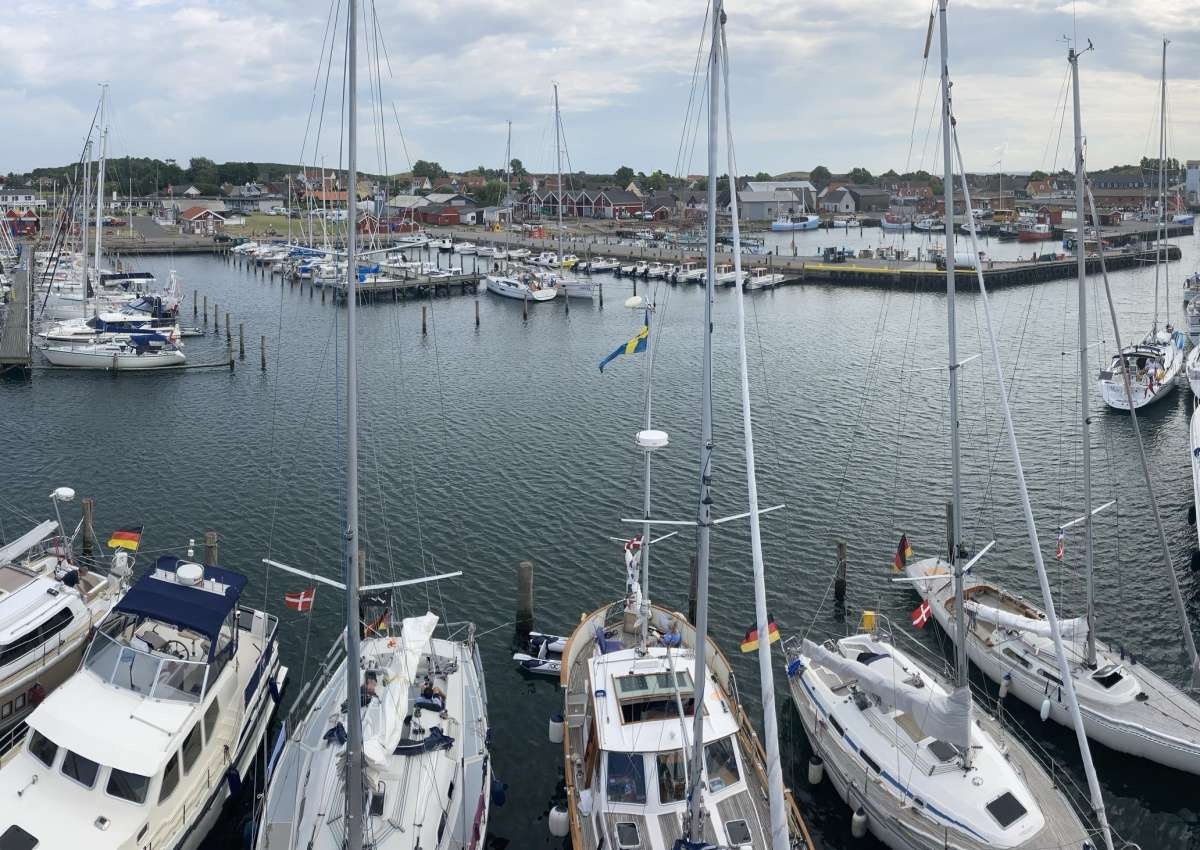 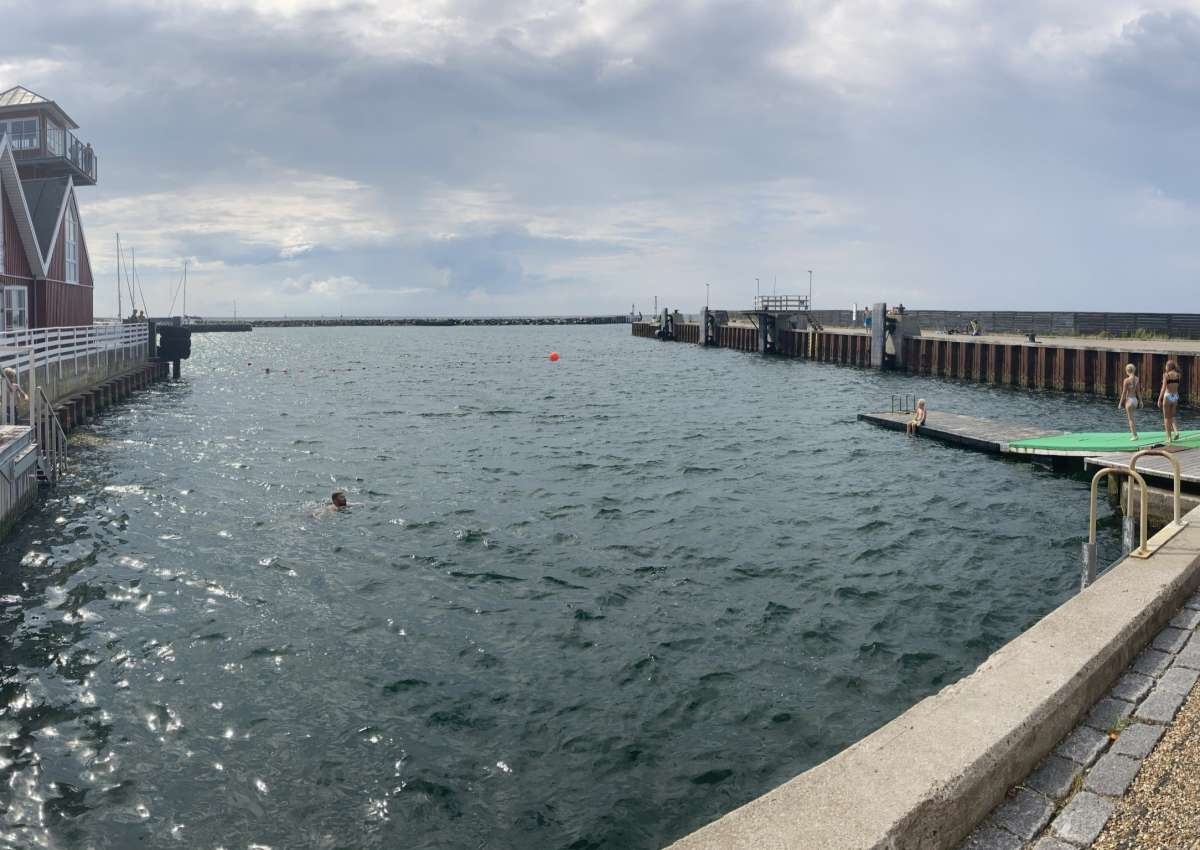 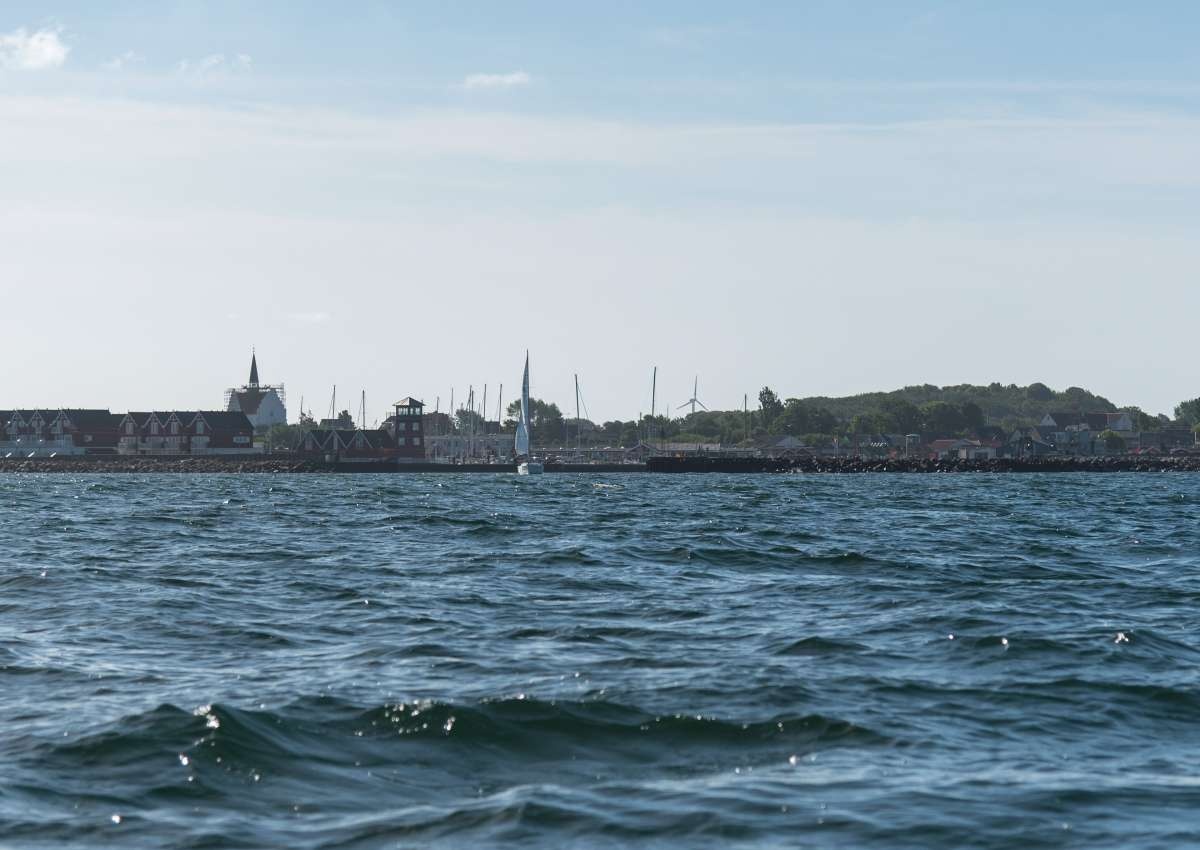 Fishing harbour at the southern tip of Langeland with good mooring facilities for pleasure craft.

The approach to the night-fired harbour is unproblematic day and night. It takes place with about 102.3° (at night: leading light 2 Iso) up to the port entrance.

Guest berths are best found in the northern harbour basin. The western harbour basin of the fishermen is not intended as a berth for pleasure boats. The water depth is 3m.

Bagenkop was called the "gateway to the south" in earlier years because of the ferry connection to Kiel. In the meantime, there is no longer this connection and thus also significantly fewer day tourists. The place has the largest fishing port on Langeland. However, for the 4,000 to 5,000 pleasure boats a year, the marina is a stopover on the way to the Danish South Sea, the Great Belt or the Smålands fairway. Thus, the "gateway to the south" has become a real meeting point for sailors.

Sights in the village of Bagenkop are scarce except for the Langelandfort Museum, a former coastal surveillance position from the Cold War, which is about 4km away. But the marshy surroundings have their charm. Immediately north of the harbour you can see wild Exmoor ponies in the area of the Klise Nor nature conservation project. Further north of Bagenkop is the embayed Magleby Nor and to the south is Keldsnor. Further south, the rolling land ends abruptly at the high Langeland cliff.

From the highest point on the Gulstav cliff, Fakkebjerg, the German coast can be made out from 37 metres above sea level on a clear day. In this part of the coast, the good bathing beaches are also worth mentioning.

From the country road between Søndenbro and Bagenkop, the mill of Søndenbro, built in 1868, can be seen well, but unfortunately cannot be visited.

It is privately owned and serves as a sea mark. If it falls into disrepair, the owner has a duty to have a new sea marker erected. 200 metres east of the Søgård farmstead, near Fakkebjerg on a hill, lies the best-preserved passage grave on the island of Langeland. The grave, with its high-ceilinged chamber and passage, is accessible all year round. The chamber is quadrangular, 6.5 by 2 metres in size and consists of 13 supporting stones. During excavations in 1960, large piles of bones were found on its southern side. Extensive finds of clay, flint and amber were also made. The most significant of these finds are on display at Langelands Museum in Rudkøbing.

A good place to visit is Tryggelev. It is located on the main road of the island of Langeland about eight kilometres north of Bagenkop. East of the road here, on a hill, stands a beautiful village church, whose altarpiece from 1858 shows Christ and the women at the well. In the late Middle Ages, the church barn was where the tithe grain was delivered - a tax in kind that had to be paid by the rural population to the clergy.

The low-water bay Tryggelev Nor (Bodden) on the west side of Langeland is a protected nature reserve. From a high stand, visitors can get the various bird species in the sights of their binoculars.

On the outskirts of Bagenkop stand modern "windmills", as they are used everywhere on the coasts of Denmark for environmentally friendly energy production. New windmill projects are constantly being set up using various financing models. For example, the wind generators are financed by joint-stock companies, whereby only the beneficiaries of the wind energy - depending on the electricity consumption - are allowed to acquire shares.