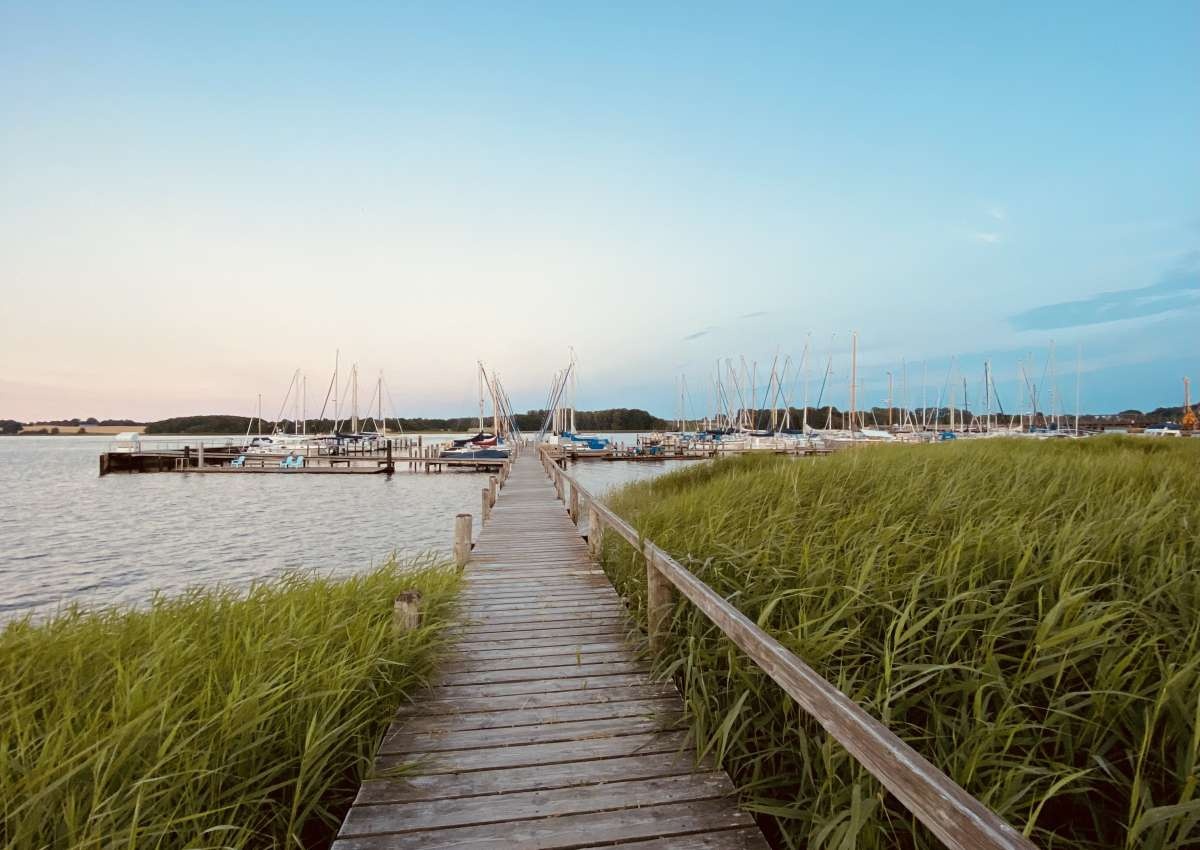 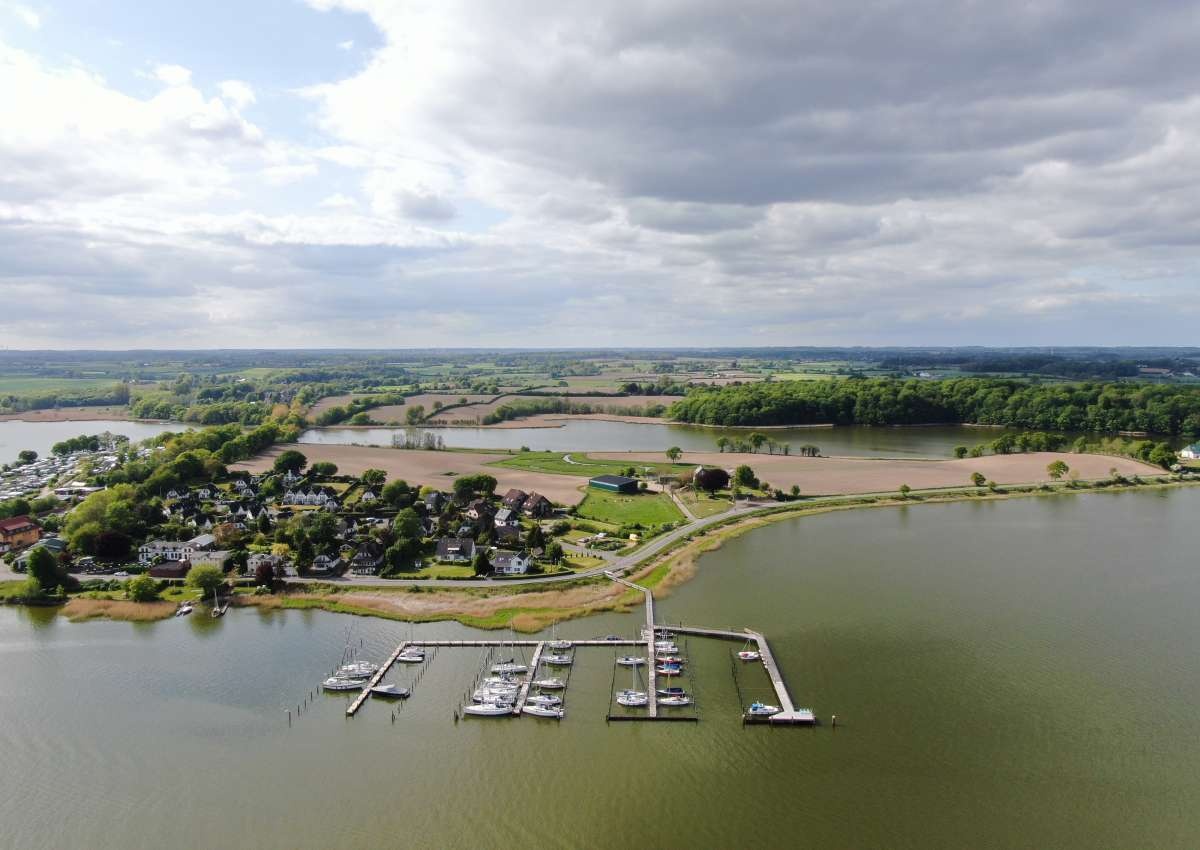 North of the bascule bridge is the Lindaunis marina.

The marina is easy to approach, as the jetties reach into the deep waters of the Schlei.

At the head of the northeastern jetty is the landing stage for passenger ships.

The marina north of the bascule bridge offers guest berths in 3.5m of water, protected by a sheet pile wall to the northeast.

The Lindaunis bascule bridge was built in 1925 for three means of transport at the same time: The car, the railway and the ships. On the narrow roadway with built-in rail track, the railway has the right of way. At three quarters of an hour, the pleasure boats have the right of way. The immovable part of the structure originates from a bridge that formerly spanned the Kiel Canal, so it was already "recycled goods" at the time of its commissioning on the Schlei.