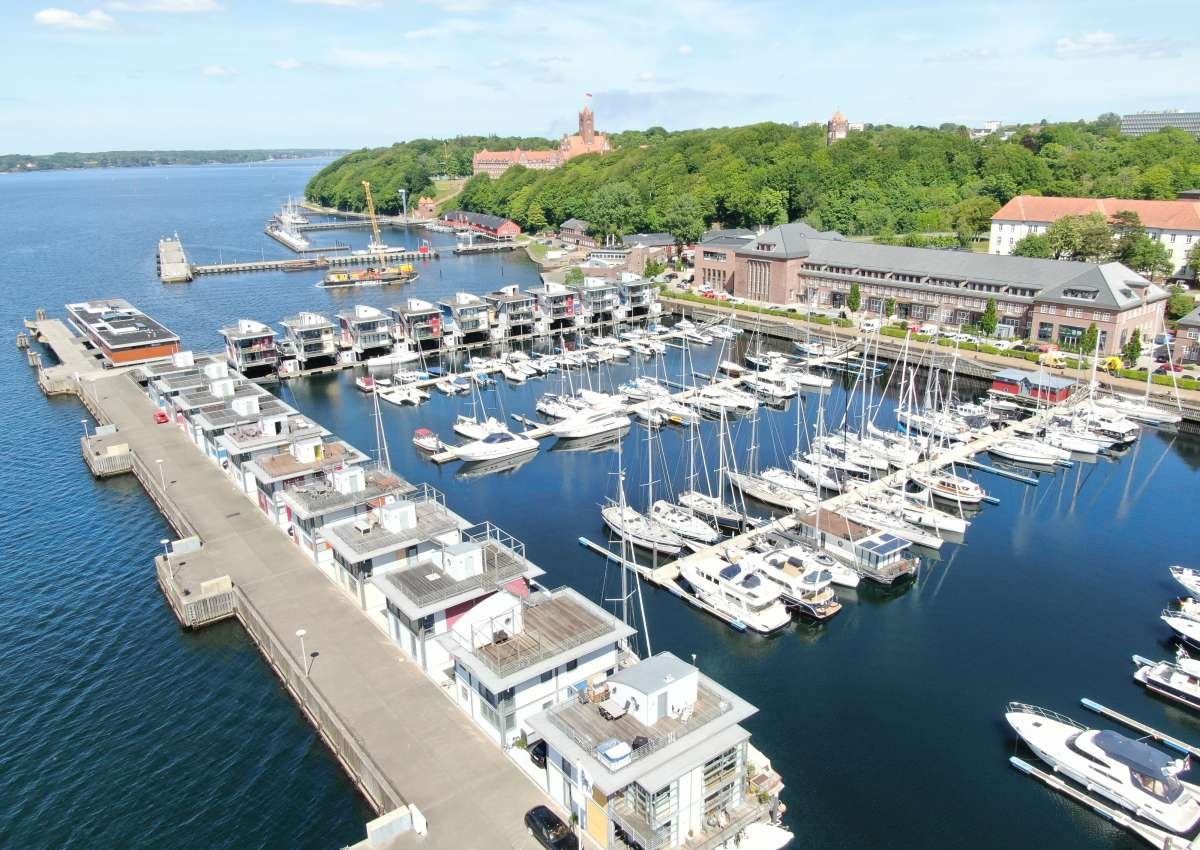 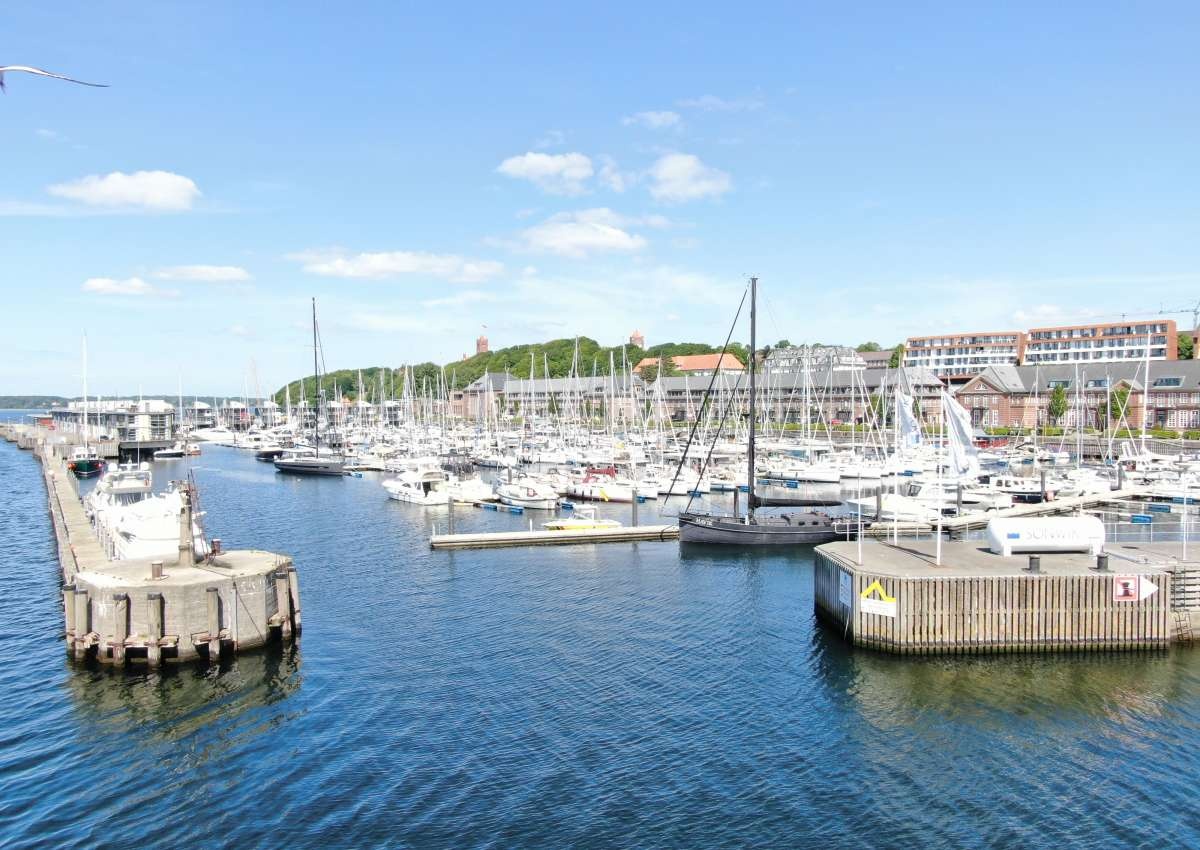 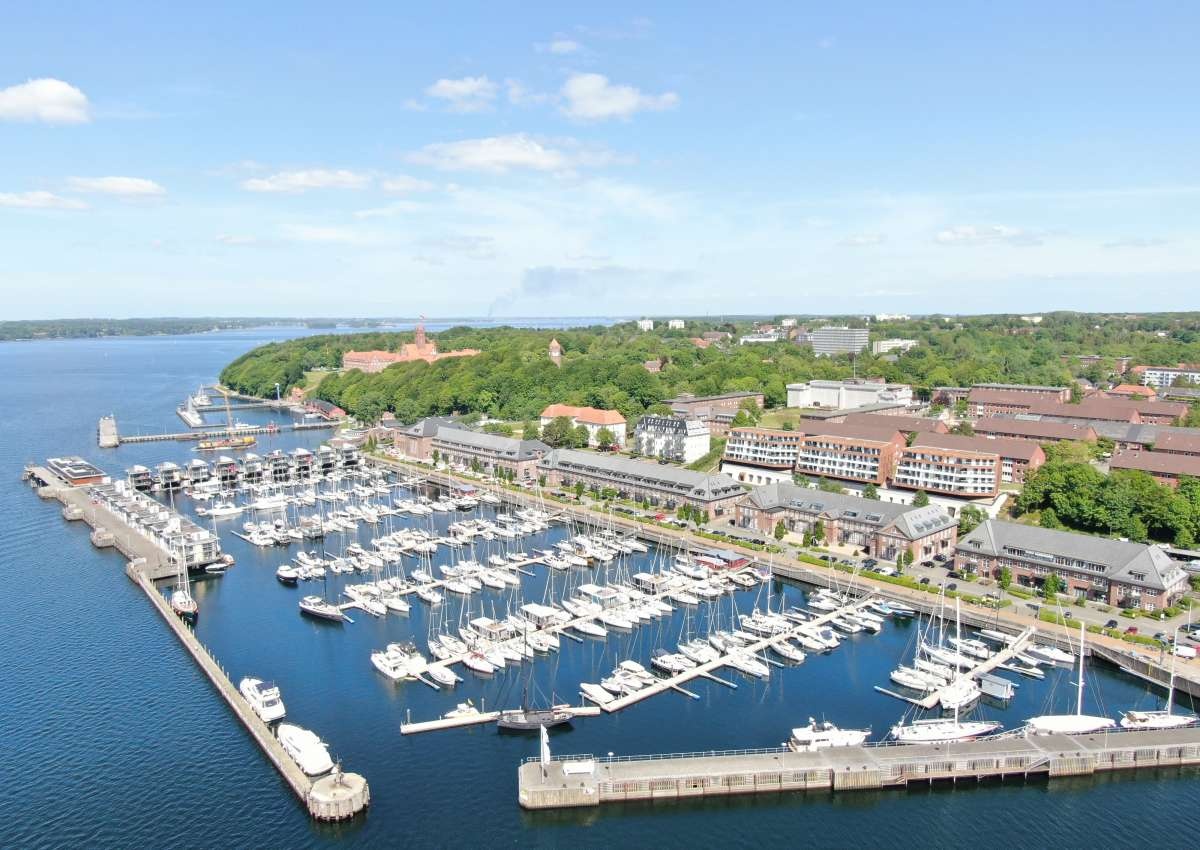 Modern marina with sailmaking and service facilities (approx. 360 berths) in the former Mürwik naval base, located on the eastern shore of the Flensburg Inner Fjord.

The approach to the marina is unproblematic and lit by day and night. Coming from the north, you sail to fairway buoy 15 and from there steer a south-easterly course directly to the harbour entrance.

For guest berths are usually available on free places. The water depth in the entire harbour area is over 5m. The berths are assigned by the harbour master.

Despite the urban-looking environment, this marina offers very quiet berths. All facilities for utilities are available. Electricity, water and  are available at the jetty. A boat refuelling station, a 3t crane and a bistro can be found at the harbour master's office. Maritime service companies (sailmaker, yacht service) and various restaurants offer the water sports enthusiast a good choice. Shopping facilities are available in the nearby district of Mürwik or in Flensburg city centre. A bus line can be found about 200m east of the harbour. A harbour ferry takes visitors into the city by water.

The naval buildings, some of which date back to the imperial era, are now listed and used as office and commercial space or condominiums. On the outer piers of the harbour are modern water houses, some of which include private boat moorings (please do not moor here).