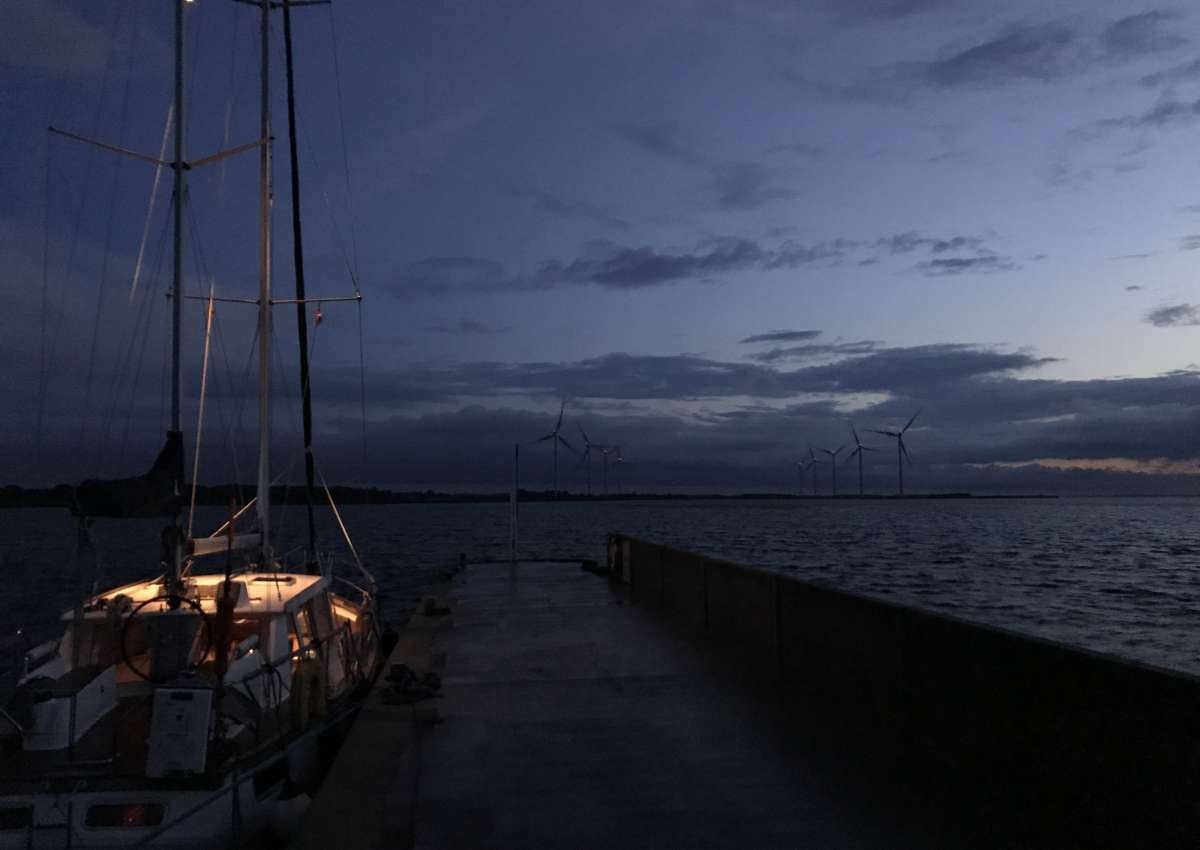 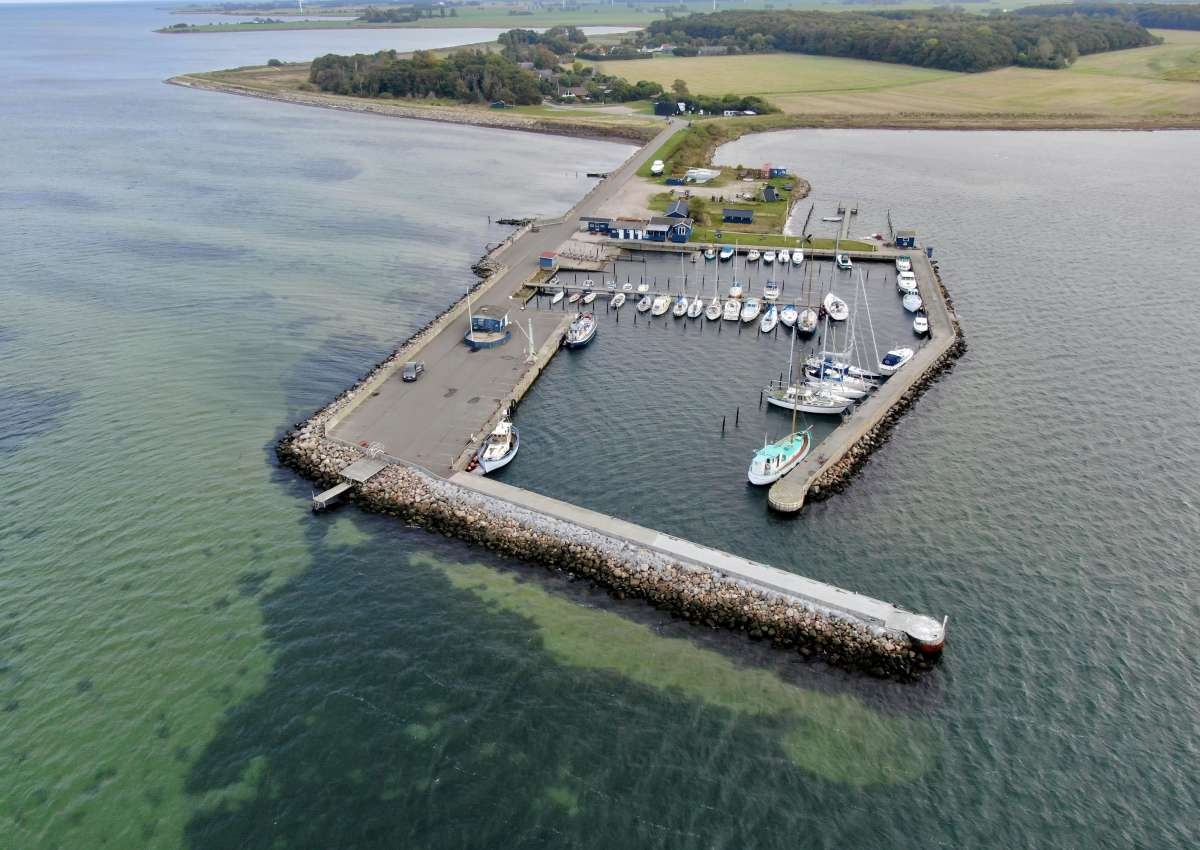 Small fishing and yacht harbour at the head of a 150m long causeway on the northwest coast of Lolland.

The approach to the lighted harbour is at 154° (at night: ‡ 2 F.G) across the buoyed fairway towards the harbour. From the southern green buoy, keep clear of the buoyed pier head at 160° and then turn into the southbound entrance.

Guests will find some places at the inner edge of the west pier on 2m water depth or after consultation with the harbour master on other places. The northern quay is reserved for fishermen. A quite good, but unfortunately to the north and northwest unprotected anchorage can be found immediately west of the harbour entrance on 2.4m water depth.

Besides a krog and a kiosk, there are no options for supplies.

The idyllic little fishing village on the northwest coast of Lolland is surrounded by forest. However, because of many holiday homes and a campsite not far from the harbour, one cannot speak of a lonely place. Sightseeing is rare here.

South-east of Onsevig, about five kilometres away, lies Vindeby with a typical Dutch village church, which was thoroughly restored a few years ago. The Dutch altarpiece dates from the 16th century.

The Frederiksdal estate, with its main building erected in 1758, lies on the coast west of Onsevig.

Here the Swedish king Charles Gustav X landed when he came to Lolland with his army across the frozen Belt from Fyn in February 1658. A large part of the park in front of the rococo castle may be visited. A special feature is a Chinese tea pavilion, which was restored a few years ago.

The vicarage of Købelev, located about ten kilometres south of Onsevig, is one of Lolland's most beautiful listed buildings.