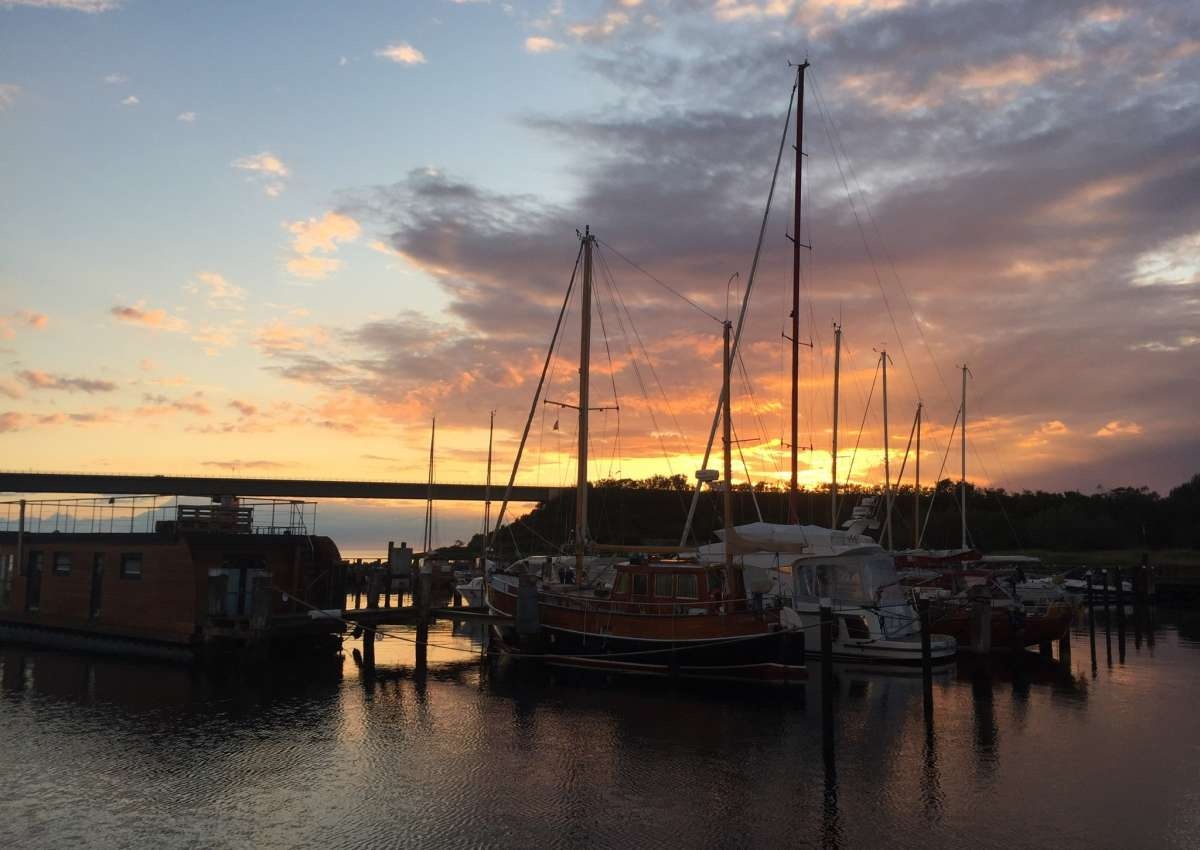 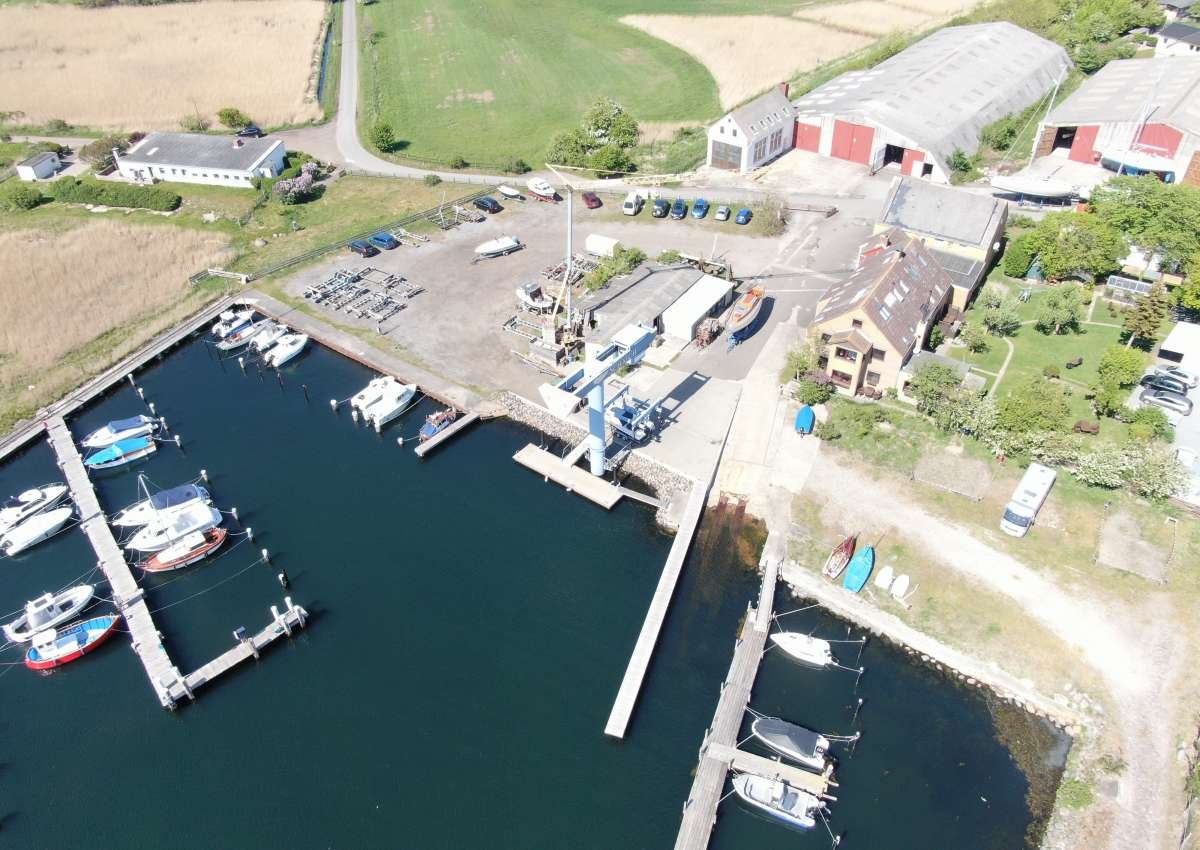 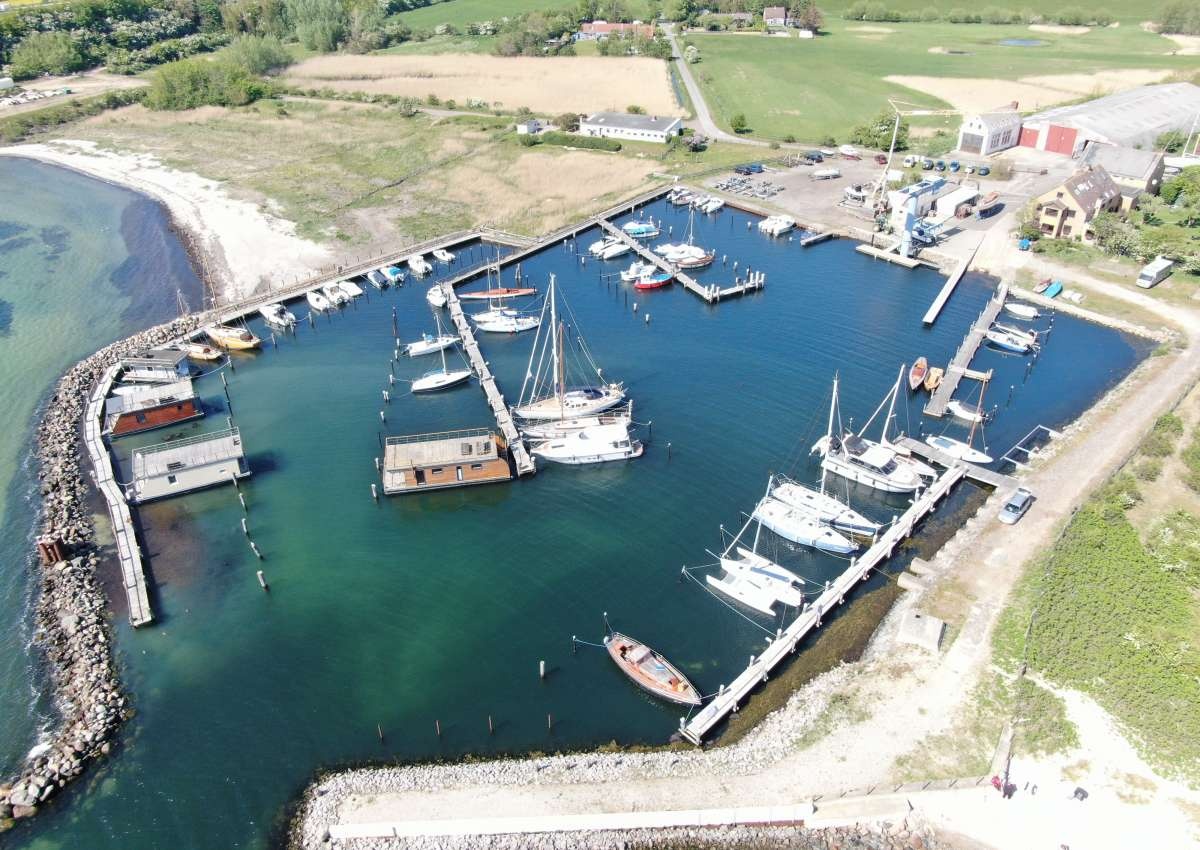 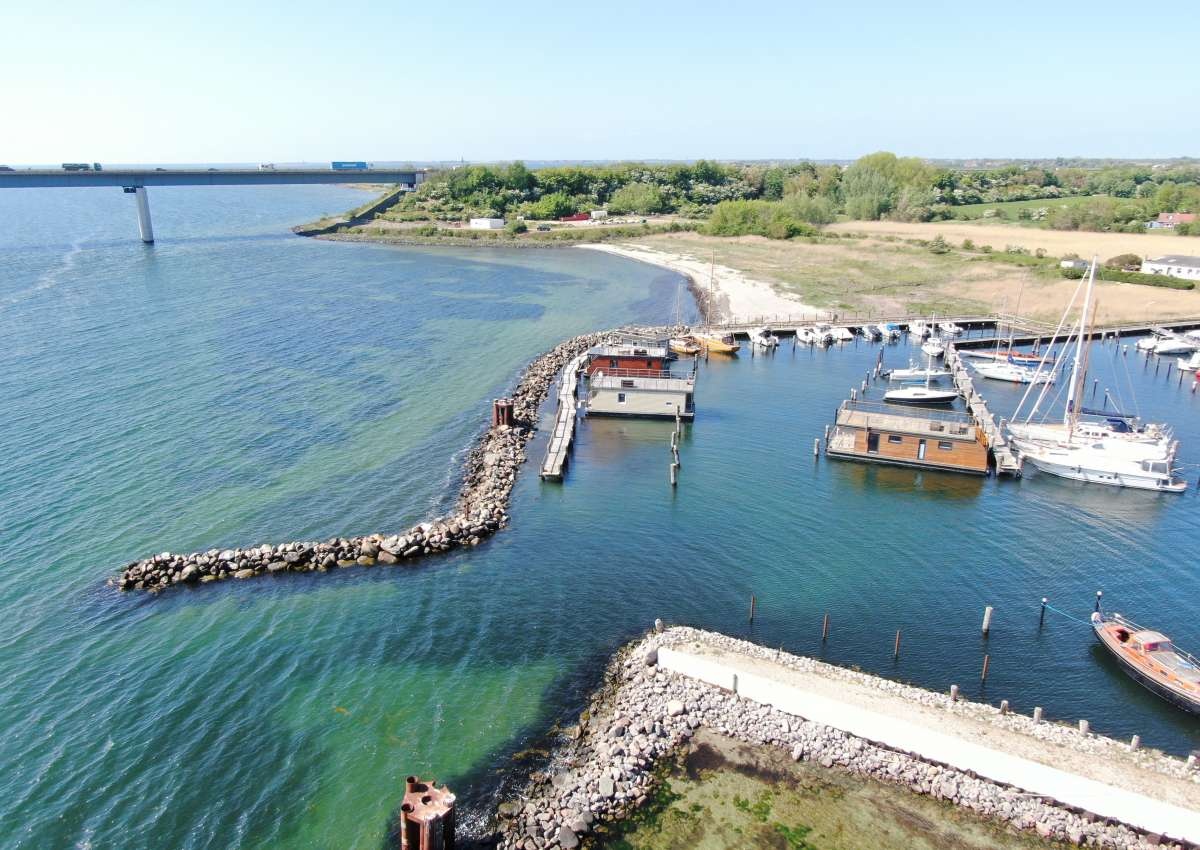 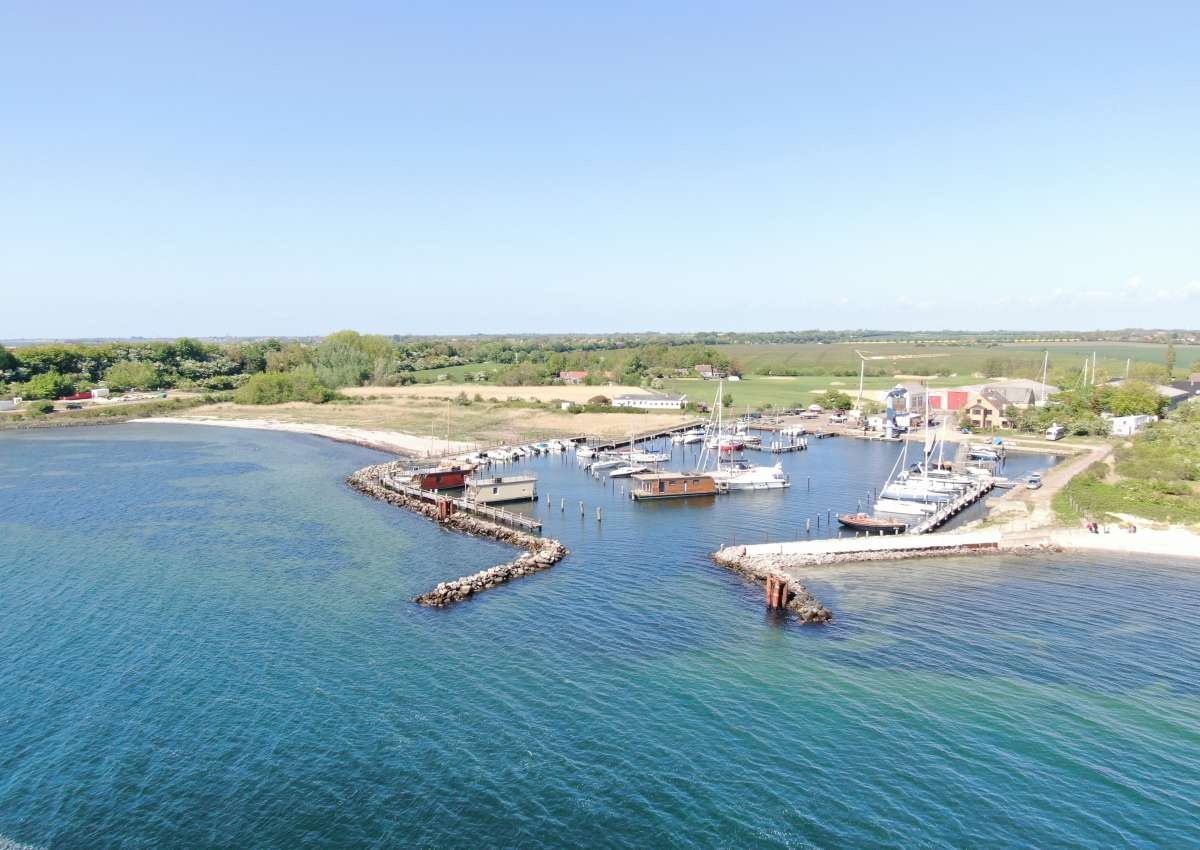 Private shipyard harbour (former Martin shipyard) on the island directly east of the Fehmarnsund Bridge. Before the bridge was built, the ferry port of the connection between Fehmarn and Großenbrode was located here.

The approach is via the well-marked Fehmarnsund fairway. The harbour is not lit, but with the strong general lighting it can be approached day and night. It should be noted that the current in the sound often sets strongly. However, it decreases considerably close under land.

Guests can moor at free places on 2 - 3m water depth after arrangement with the harbour master.

The harbour offers excellent shipyard services. Shopping facilities can be found in the campsite 1.5 km away. A bus connection is available.

If you disregard the Fehmarnsund Bridge, the small and rather lonely harbour at the Schaich shipyard (from 2007 to 2019 Martin shipyard, before that Beelitz) is a cosy berth with the best view of the Sound. The harbour is home to numerous wooden boats. The shipyard offers all services for wooden and GRP boat building, as well as engineering.

Before the bridge was built, ferries from Großenbrode docked here. During the Middle Ages, Fehmarans were only allowed to leave their island via this former sailing connection. Completed in 1963, the arched bridge - which hangs from 80 wire cables - is 963 metres long and stands 23 metres above the water level. It has been a listed building since 1999 and is a well-known landmark for Fehmarn and Schleswig-Holstein.

Trips to the old fishing village of Wulfen (three kilometres to the east) and the "Alwersteen" stone chamber tomb are recommended. The megalithic tomb, which used to serve as a sea marker for the sound entrance, is located two kilometres northwest of the Schaich shipyard. The way there leads along the beach and past the Strukkamphuk beacon.