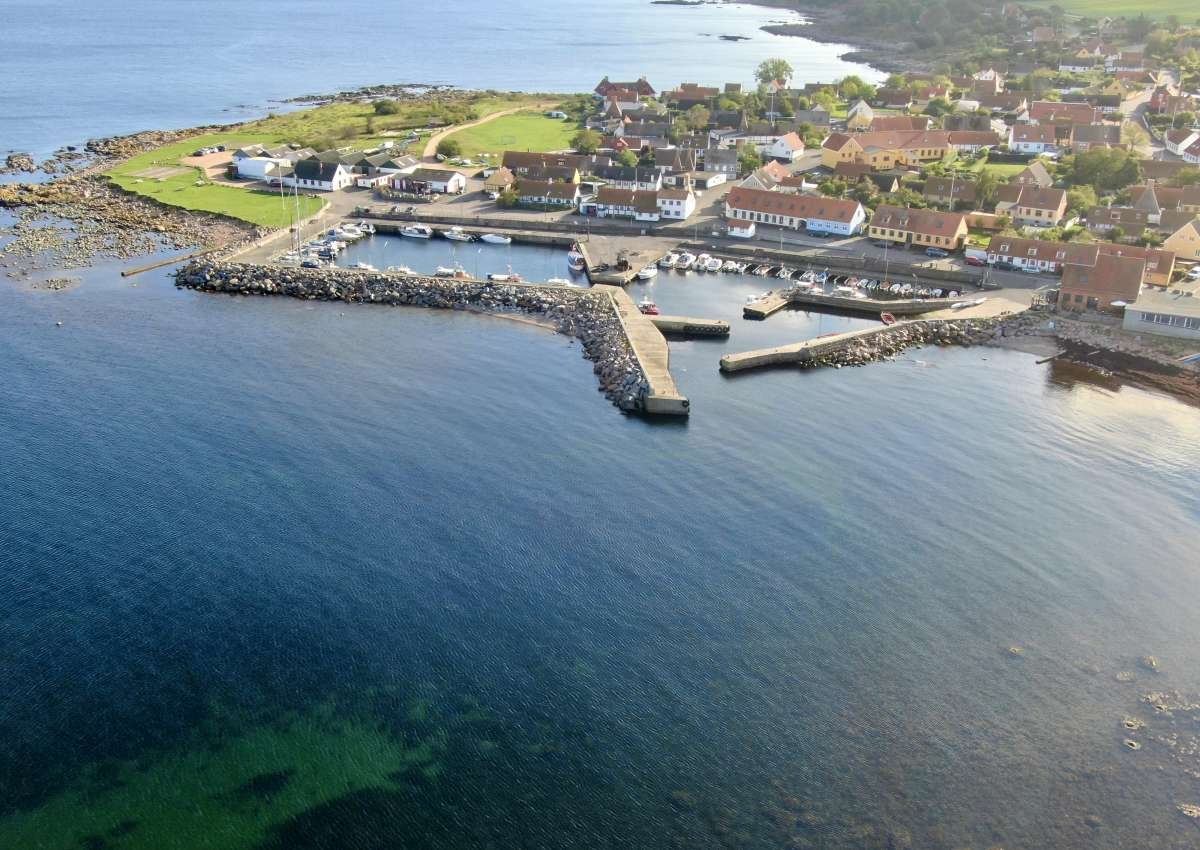 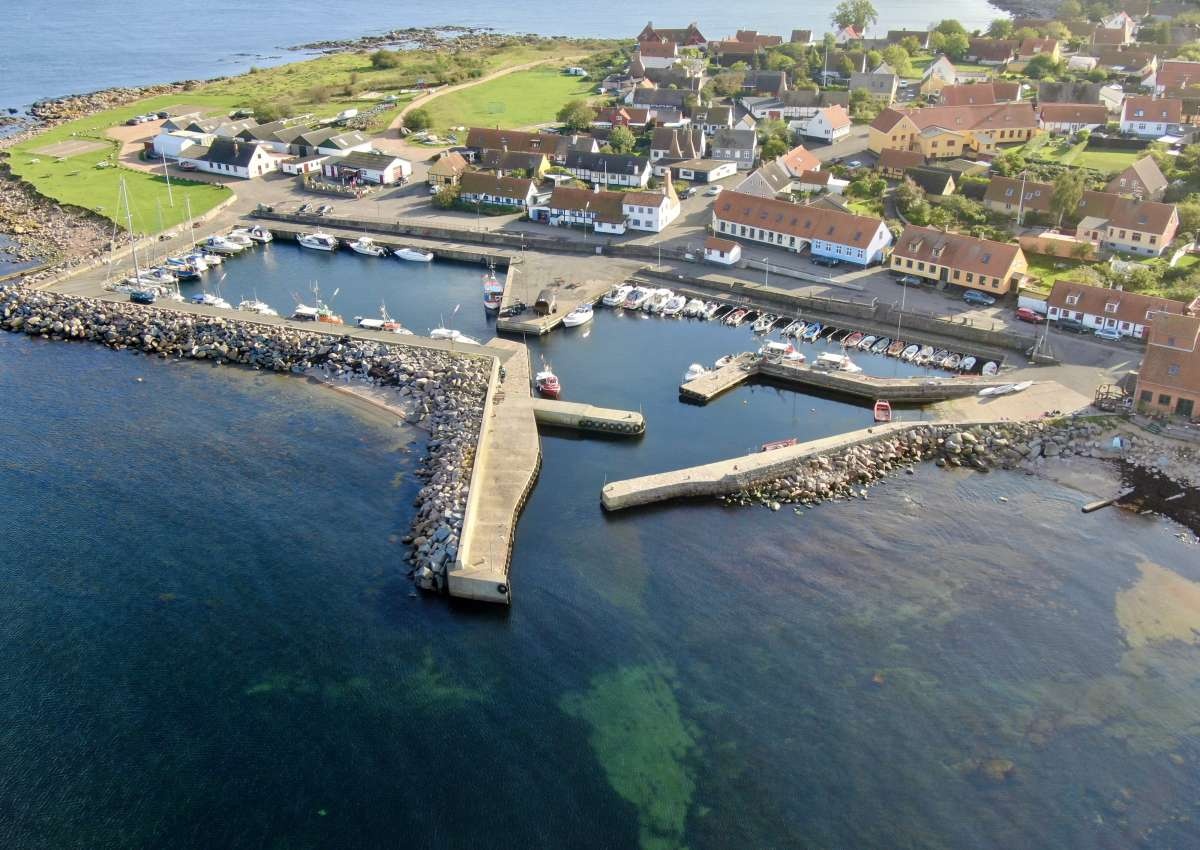 Small but busy fishing harbour between Svaneke and Nexø on Bornholm's east coast.

The harbour can only be approached during the day because the leading light only burns when local fishermen are at sea. People not familiar with the area should only enter the harbour in calm weather. Because of the winding entrance, the harbour can only be approached by vessels up to 12 m long, 4.4 m wide and 2.5 m draught. A leading light (2 F.R) leads through the many offshore cliffs at 248.5°. If you sight the pier head south, you turn into the harbour entrance.

Yachts are usually moored alongside fishing boats on the quay of the central and eastern harbour basin at 2.5 - 3m water depth. In the outer harbour and at the inner edge of the outer pier you should not moor, in order not to obstruct the incoming and outgoing traffic in the winding entrance.

In the small village you can find some supplies, also diesel. The harbour is not equipped for yachts and has simple sanitary facilities.

In the harbour of the fishing village of Årsdale, pleasure boaters have to come to terms with the fishermen, as there is no separate harbour basin for yachts. The second reason why only a few sailors and motorboaters dock here is probably the difficult approach to the harbour, which is surrounded by skerries and shallows. The fact that Årsdale is conveniently located to one of the most impressive areas of the island is an argument in favour of the visit: The Paradisbakkerne (Paradise Hills), three kilometres to the southwest, are more than a wilderness-like natural area. They are a natural phenomenon that thrives on its extraordinary variety of plants, rock formations and small lakes. Forest, heath, marshes, deep rocky outcrops and huge erratic boulders make up the charm of the landscape. The erratic boulder Rokkesten is a 25-ton weighing stone, which lies in such a way that it can be easily moved (like a scale) by human hands. Other stones have prehistoric petroglyphs on them. In the south of the Paradise Hills lies the ruins of Gamleborg on a 20 meter high rock. The 180-metre long and 80-metre wide refuge castle was inhabited until the Viking Age. Because it is easy to get lost in the hills, the hiking trails are carefully marked and divided into three tours. It takes a good hour to follow the red circle (tour 1), two and a half hours for tour 2 with the blue square and more than four hours for the yellow triangle. Årsdale itself is a cosy fishing village with a well-preserved Dutch windmill from 1877, which is occasionally even still in operation and can be visited.