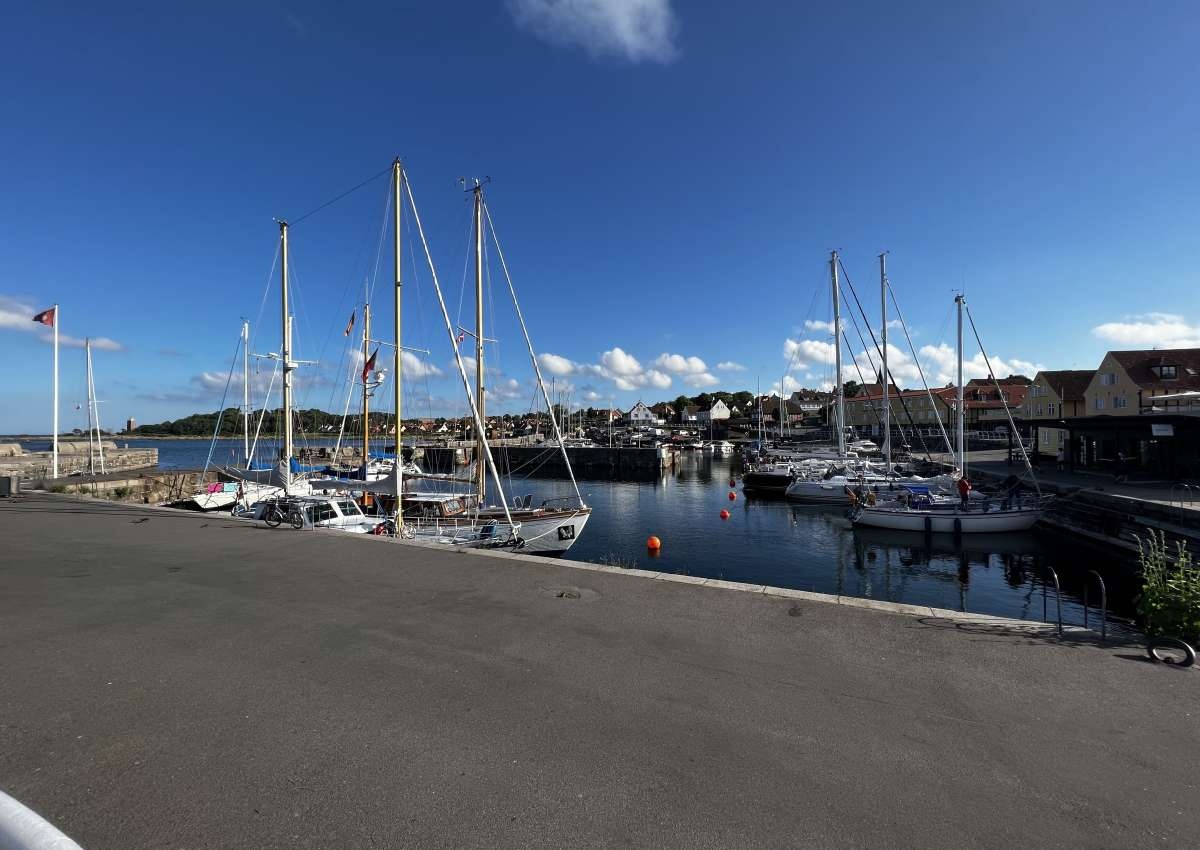 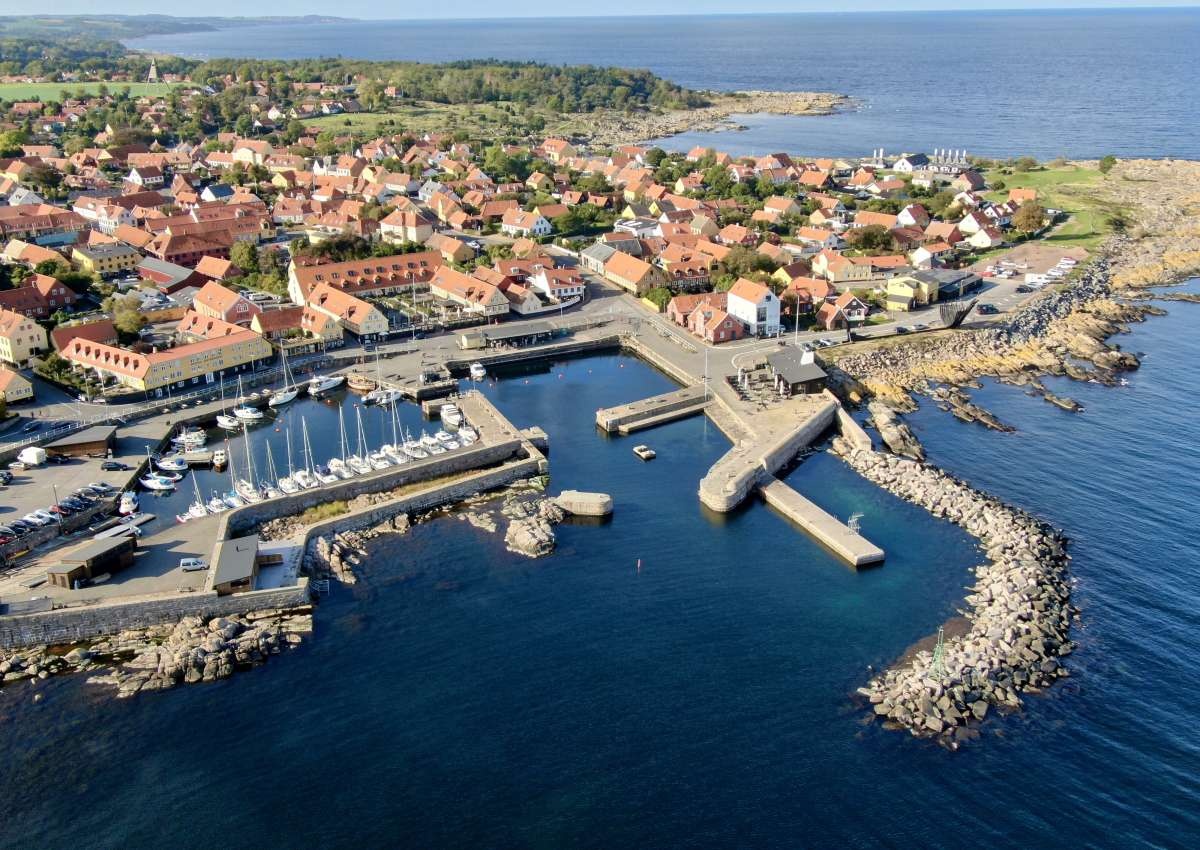 Small traffic and fishing port of the easternmost city of Denmark.

The approach to the harbour is possible day and night. It is done from the northeast in the white sector of the fire about 1 nm south of the harbour (Iso.WRG) until you have the leading light (2 Iso.R) in line and then steer into the harbour with 297°. Vessels coming from the south or east should in no case steer directly towards the leading light, because the bearing leads over the shallow of the only 0,9m deep and stony " Mågeflak".

When the gate to the inner harbour is closed, a white fixed light burns additionally under the red front light. In this case, pleasure boaters should avoid the harbour, as the moorings in the outer harbour are too turbulent.

In the cosy little town you will find very good supply facilities. In addition to good sanitary facilities in the clubhouse of the sailing club, there are also extensive repair facilities.

The sun shines first in Svaneke, they promise tourists to the small town. As Svaneke is the easternmost town in the kingdom, the sun naturally rises first here. But the plants that grow here prove that this advertising slogan is more than just a slogan. Vine and mulberries as well as walnut and fig trees grow between yellow half-timbered walls. The beautiful townscape, especially around the harbour, is characterised by old merchants' houses. In the past 150 years not much has changed in this little town built on rock. And because special efforts are made here to preserve everything old, the town was awarded the gold medal for town preservation by the Council of Europe a few years ago. If half the town hadn't burned down in 1610, it would have even more old buildings.

To get to know Svaneke, you should take a tour of the town in a horse-drawn carriage. The route is laid out so that you can get an overview of the "what and where" of the small trading town at a leisurely pace. The stop is at the market, where, by the way, every Friday and Saturday is market day. In addition to pancakes, fresh fish and vegetables, there are many handicrafts on offer here.

A notable building is the smokehouse in Fiskergade with its five chimneys. This smokehouse in the north of the city is very easy to reach via the coastal path. Other sights include Denmark's oldest trestle mill, dating from 1635 (in Nordre Strandvej), and the Dutchman's mill in Rønnevej, built in 1864.

Svaneke's church, late Gothic in origin, was rebuilt in 1880, but the unusually chunky 16th-century fieldstone steeple remains today. A 12th-century rune stone stands in the graveyard.

Brændegårdshaven is Svaneke's amusement park, four kilometres west of the town. Youngsters should have fun on the water slides, playgrounds, a cable car and rowing boats.

50 so-called Bautasteinen can be admired in the Luisenlund forest. It is located six kilometres west of Svaneke. In all likelihood, the stone setting is a Viking cult site.

The picturesque heights of Paradisbakkerne, ten kilometres southwest, are also worth a visit (see Neksø).

The old port of Svaneke is still home to many fishing boats. If you want to watch the life and hustle and bustle around the harbour in peace and quiet with a cup of coffee, the café-garden of an old merchant's yard right next to the berths is recommended.

The old harbour of Svaneke is still home to many fishing boats.