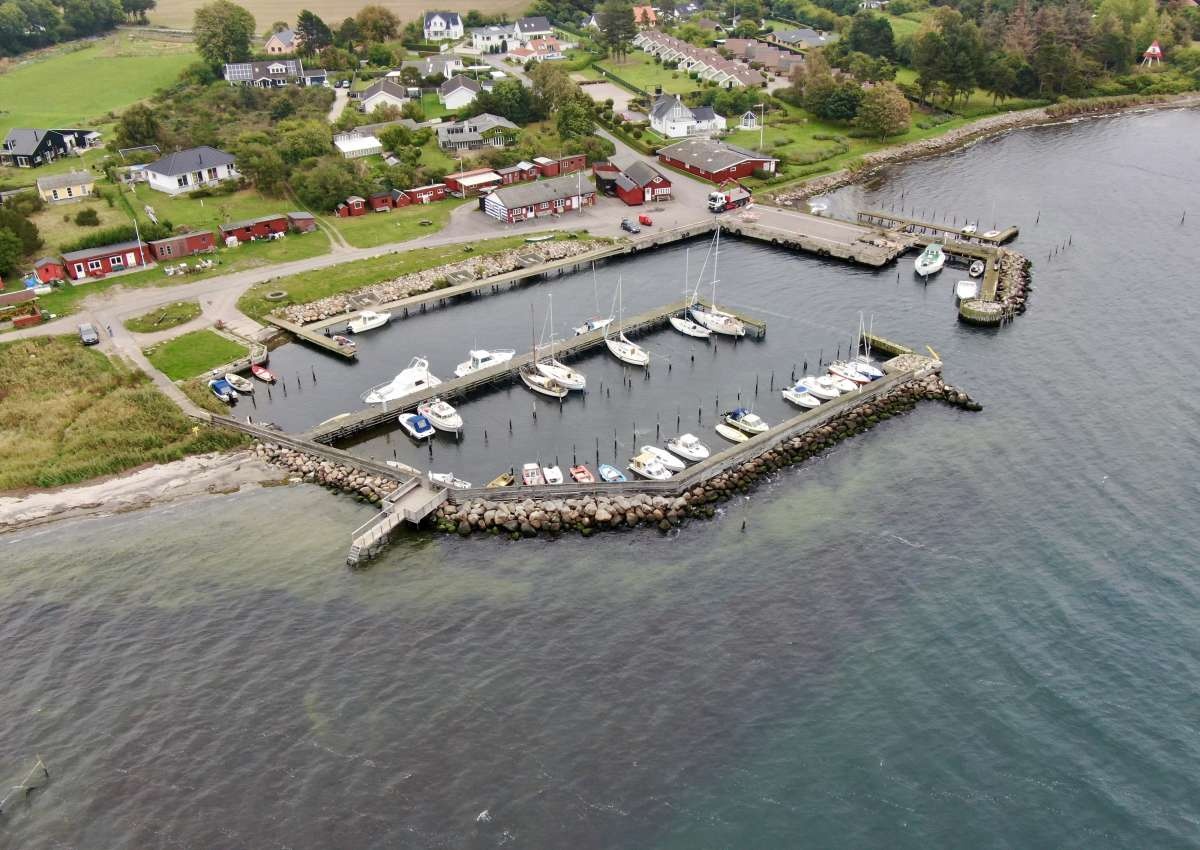 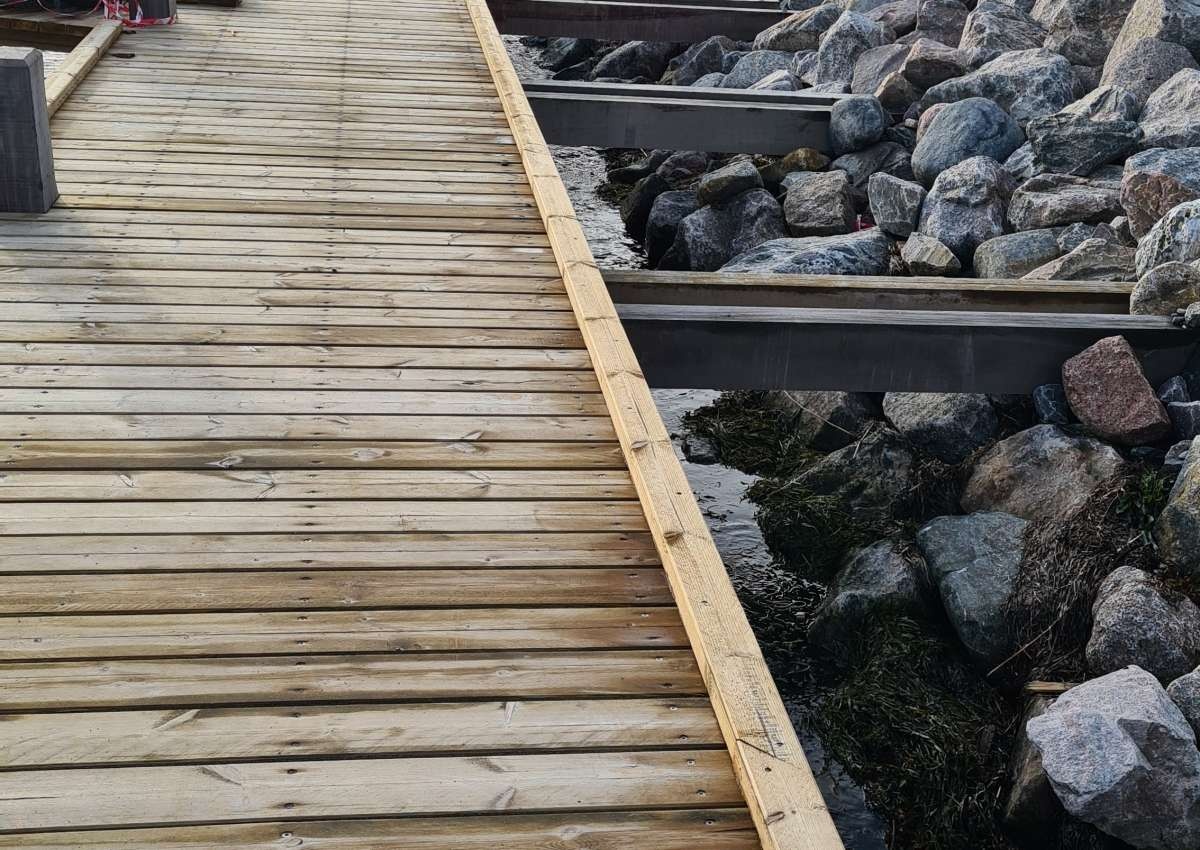 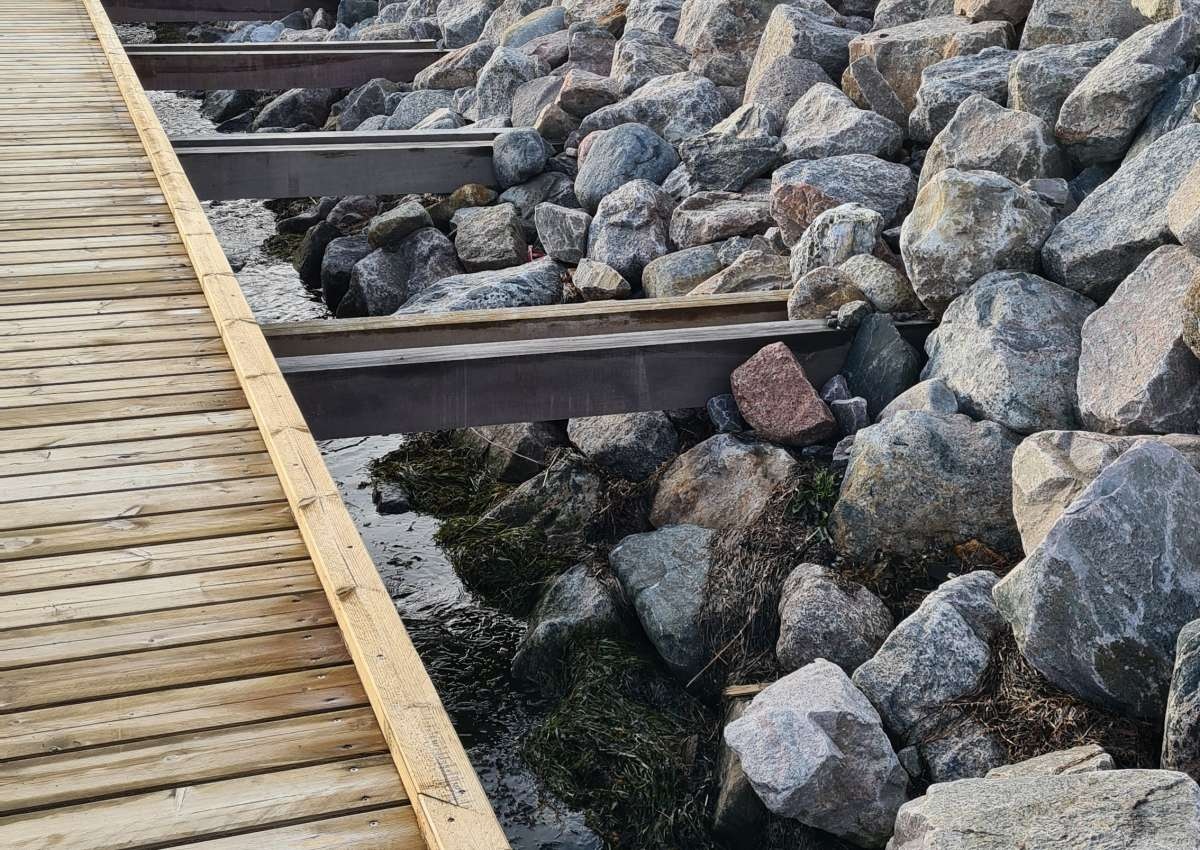 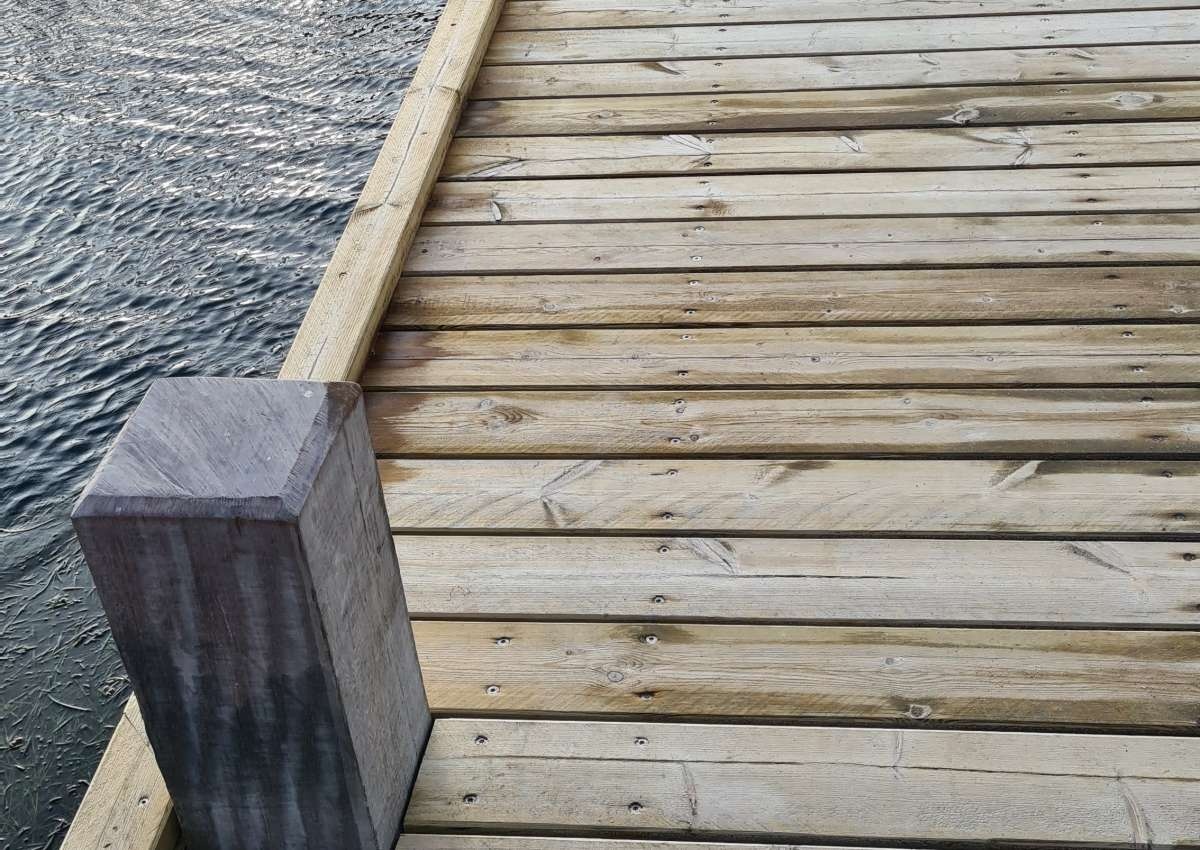 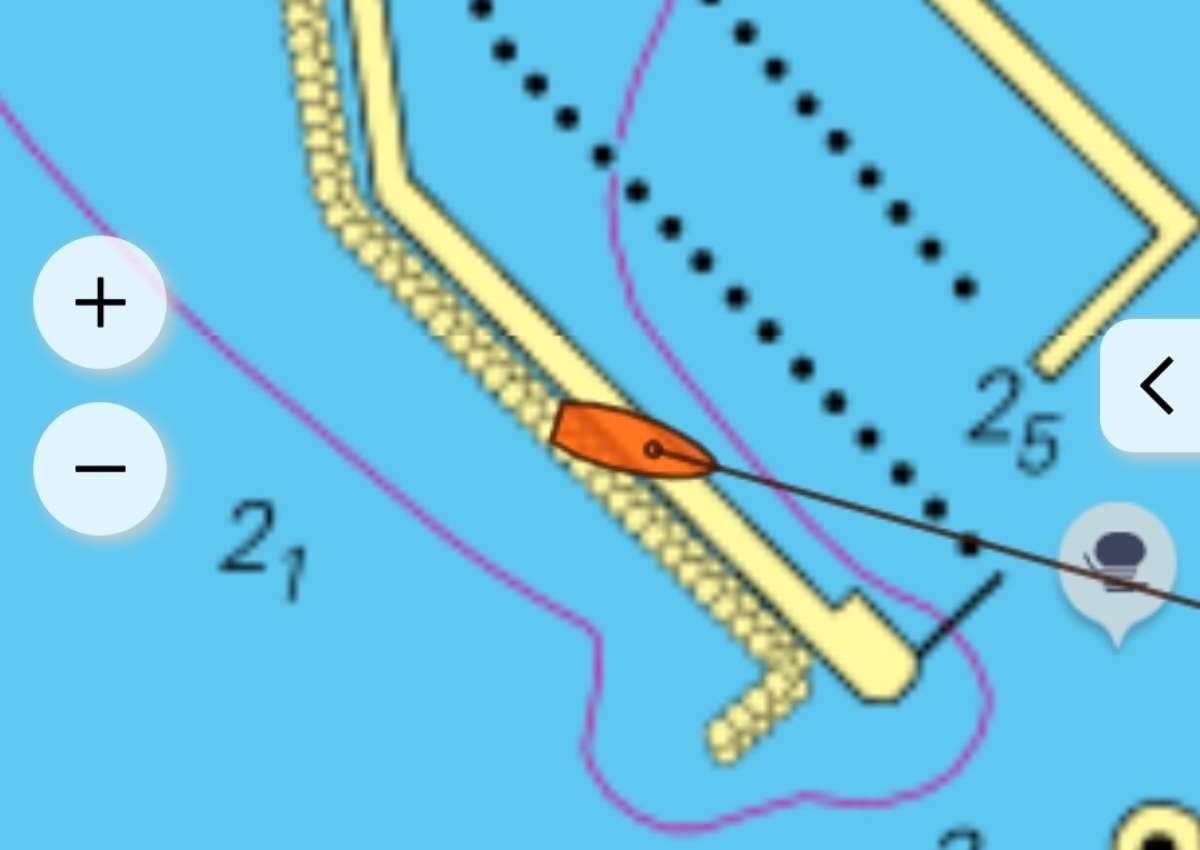 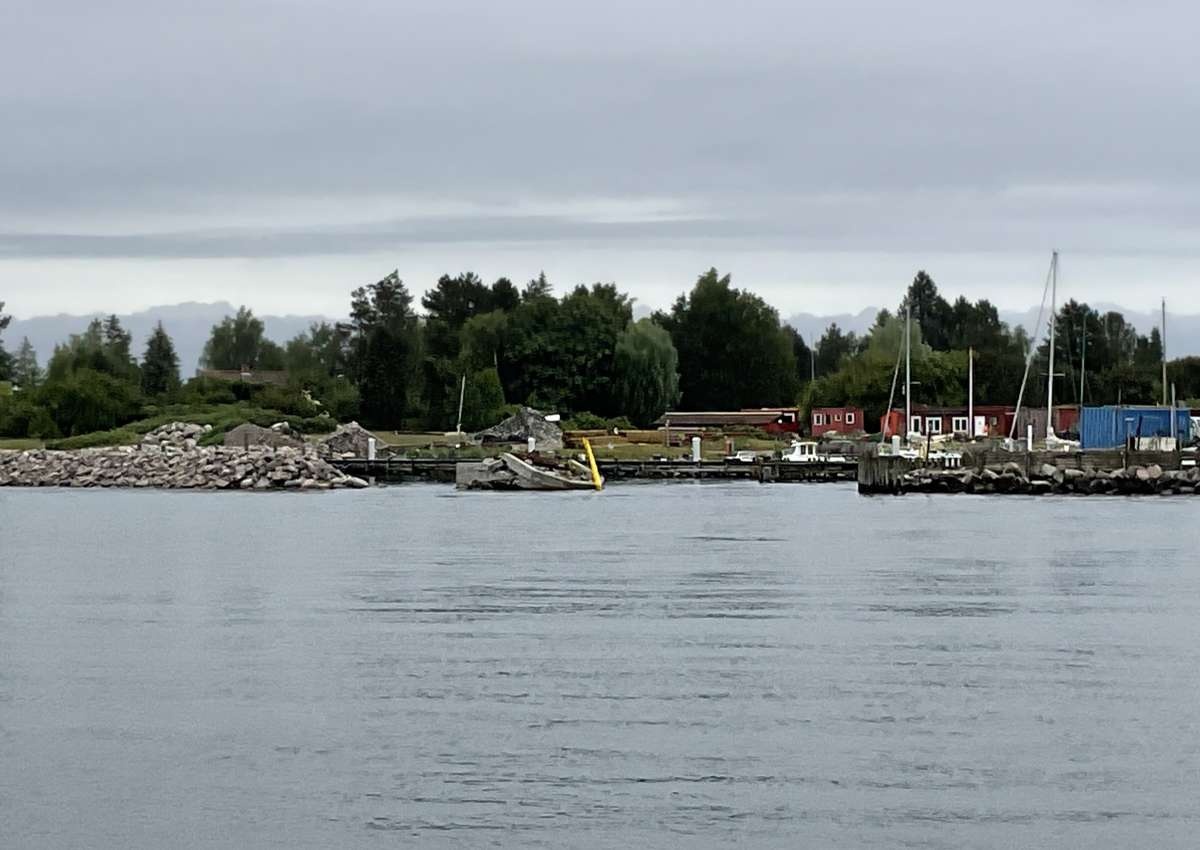 The approach is directly from the fairway of Grønsundet, the harbour is lit (F.G). It is not advisable to approach the harbour at night, as there is sometimes a strong current (up to 5 knots) in front of the harbour, which is difficult to assess at night.

Hårbølle Pynt: The quay of the stone works approx. 1/2 nm south of the harbour is closed to recreational shipping.

Hårbølle Pynt: The quay of the stone works approx. 1/2 nm south of the harbour is closed to recreational shipping.

There are limited utilities in this scenic location.

Hårbølle is worth a detour mainly because of its proximity to the Fanefjord. The shore of the shallow bay, which is hardly populated and lined with reeds, invites you to go for a walk. However, the fjord (ideal dinghy territory) is about two kilometres from the moorings.

Since the fishermen no longer call the shots in the harbour, some of the former cosiness has been lost here. But the harbour still has more atmosphere than the other Grønsund harbours of Stubbekøbing or Bogø, where it is also livelier than in the settlement of barely 30 houses on the south coast of Møn. During the main holiday season, however, there is also a lot of hustle and bustle here. If there were no business during the holiday season, there would be no snack bar (with an ice cream cone bakery) and no Skipperkroen restaurant. A few fishermen's huts at the harbour, a warehouse, a few residential houses and wooden holiday homes in Swedish style complete the picture around the harbour.

The actual village of Hårbølle can be found about three kilometres northeast of the harbour. The two roads there, which are hardly used, are also nice walking routes, and you can diversify this walk by choosing the other route on the way back. We suggest that you first take the longer route to the southeast, which then leads you to Hårbølle from the south. If you go straight west from Hårbølle on the way back, you have the opportunity to visit the Fanefjord Church halfway. It also serves as a navigation mark. The detour is almost four kilometres, but the visit is highly recommended. The exterior is not much different from other churches on Mön, but if you look up inside, it is easy to understand why the church is one of the most worth seeing:

The cross vaults of the church have been painted by the Eimelund master. Although the artist's real name remains unknown to this day, he must have been a man in demand in the 15th century.

Many church paintings in the area bear his signature. So do the paintings in the church of Elmelunde, northeast of Stege, after which the unknown artist received his "artist's name". The lime paintings in Fanefjord church are among the most beautiful works of the Elmelunde master. In a way, the drawings tell biblical stories, parables and commandments. Because of the high percentage of illiterate people, the clergy of the Middle Ages had a special interest in the pictorial representation of the Ten Commandments and the story of Jesus.

Between Fanefjord Church and the harbour, about halfway down, lies one of the longest long graves in Europe: "Grønsalen". According to tradition, the "Green Hunter" buried here was the ruler of western Møn. The grave, lined with high kerbstones, is about 100 metres long. Another prehistoric grave can be visited about ten kilometres north of Hårbølle at Tostenæs, the double-aisle grave Klekkendehügel.

Glassblowing is a traditional craft of the area, some of which is still practised today. At "Fanefjord Glass" in Askeby, for example, you can still see and buy mouth-blown pieces.

Beautiful beaches lie to the east of the harbour at Fanefjord Skov (forest).