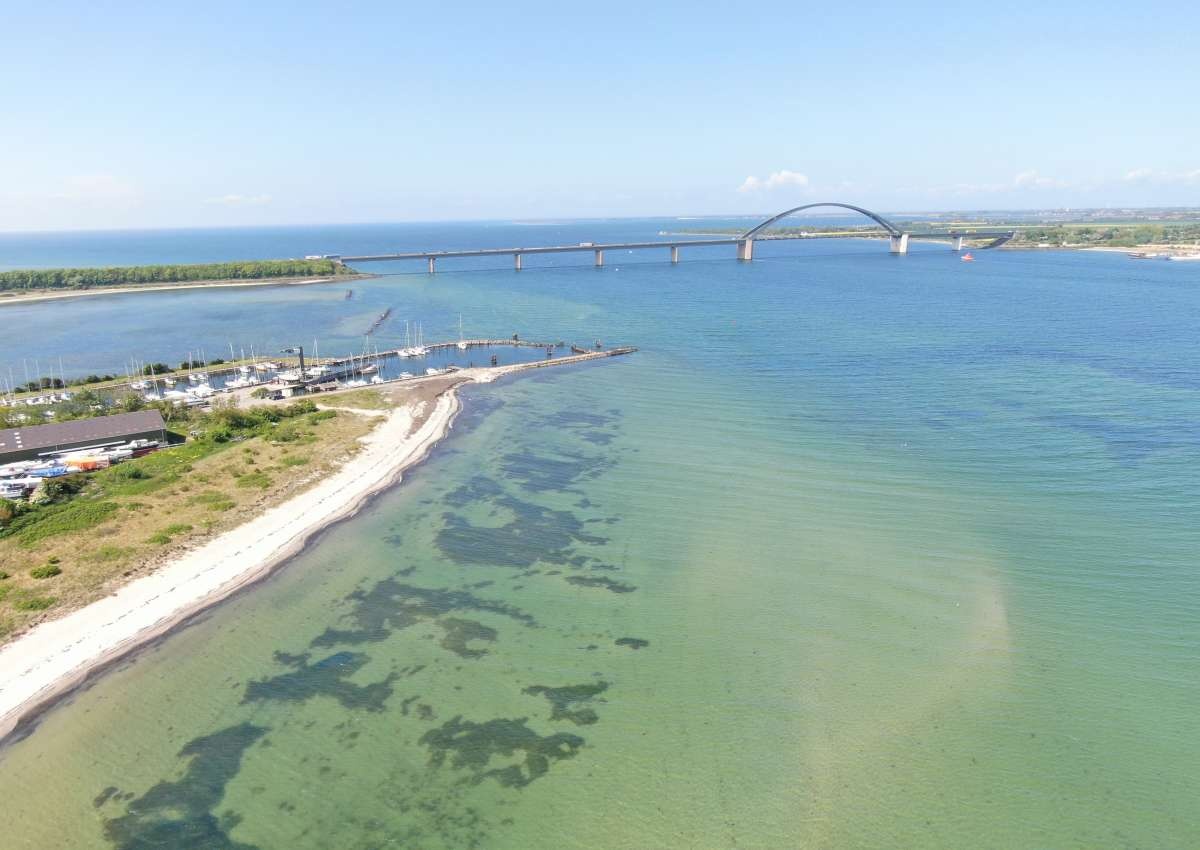 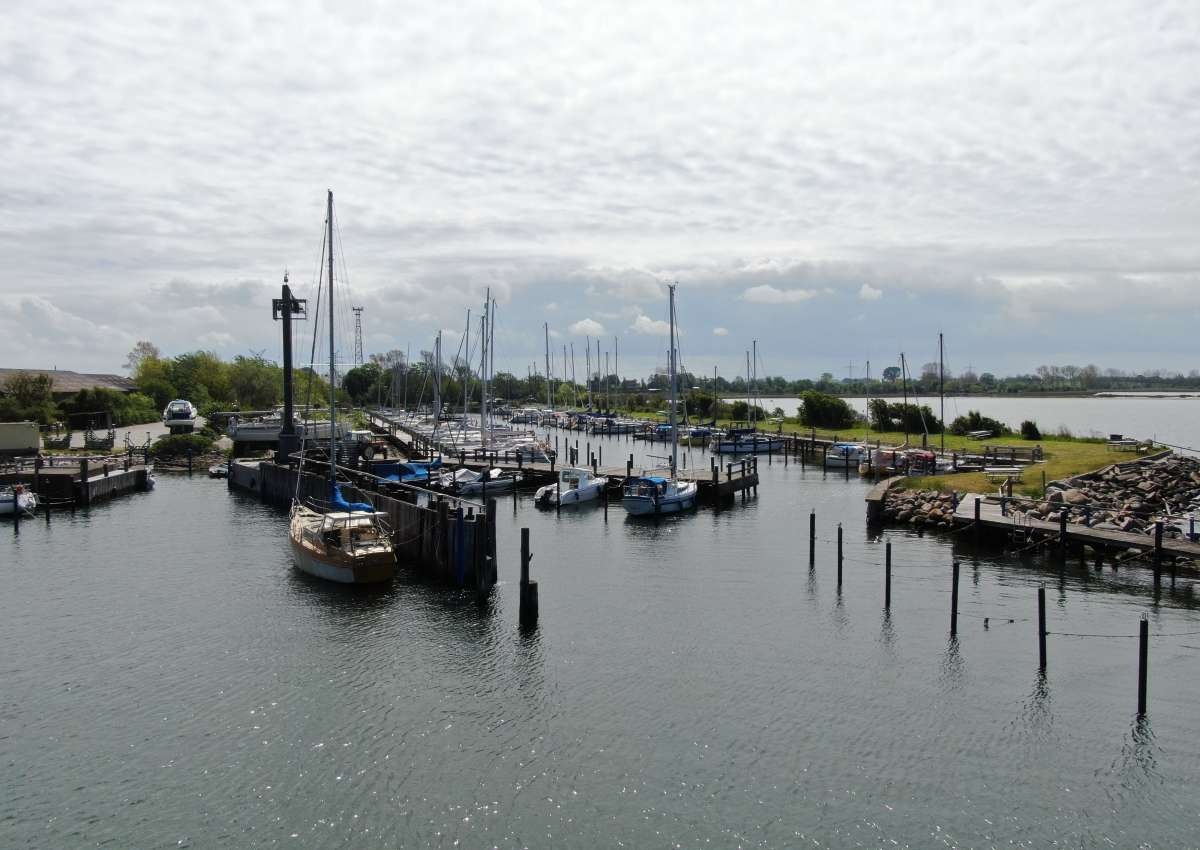 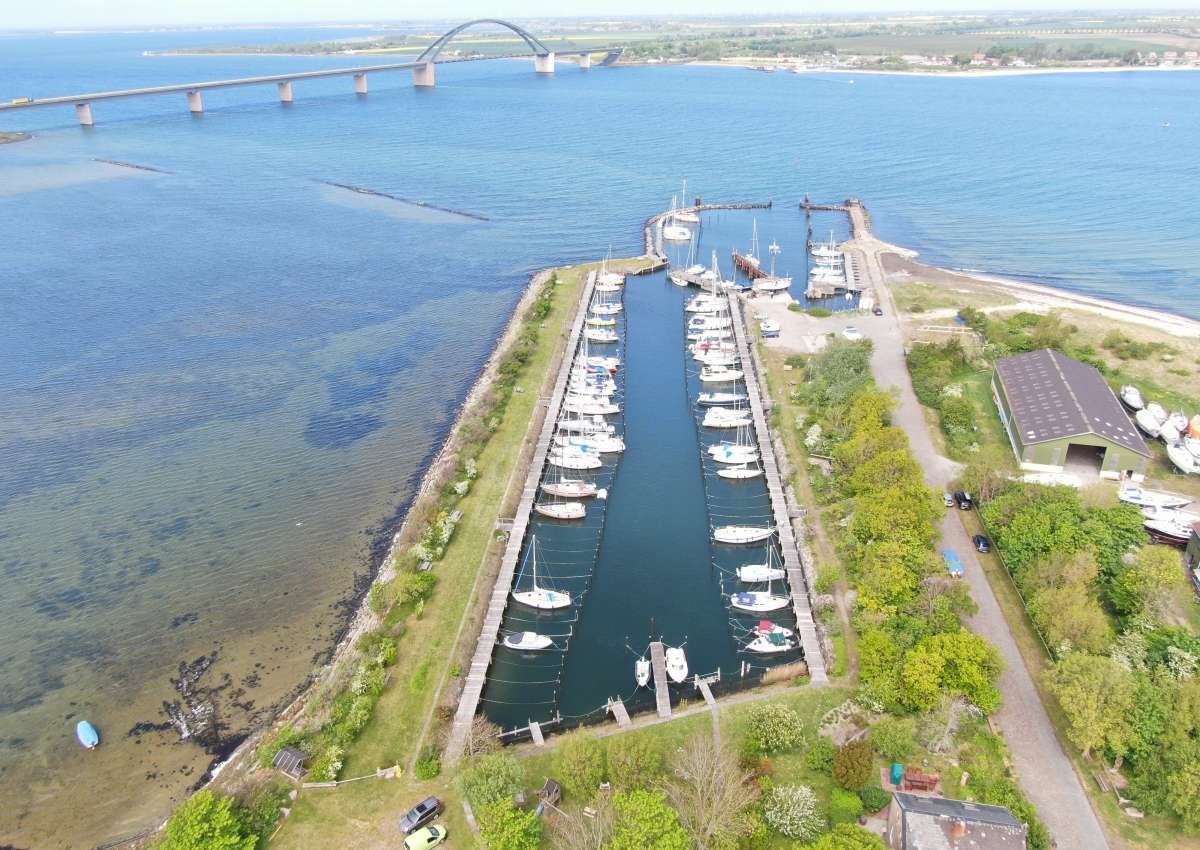 Private marina on the mainland side just east of the Fehmarnsund Bridge.

The unlit harbour can only be approached by those unfamiliar with the area during daylight hours. From the fairway of the Fehmarn Sound, head south towards the harbour's crane. The entrance to the harbour tends to silting up (water depths below 2m at times). East of the harbour entrance up to buoy 5 numerous stones at a depth of 1.5 - 2.5 m.

Guest moorings are marked in green. At the west pier you lie very restless with steam swell and onshore winds. Therefore, the inner harbour basin is more recommended. The water depth is 2.5 m.

Good harbour service and kiosk. Shopping facilities in the village 3km away.

Whoever finds the touristy Heiligenhafen a bit too turbulent, will certainly find it more rural and lonely here. Only the tolerable traffic noise of the nearby Fehmarnsund Bridge disturbs the peace a little. In the outer harbour of the long-drawn-out complex, the old ferry pier from the time before the bridge was built still stands (see also Martin Werft). For many years there have been plans to build a large marina next to the small marina, but the project has remained so far.

So there is a lack of the usual utilities. Other shopping facilities are available in Großenbrode, about three kilometres away. Today, a survey ship is moored at the former ferry pier, which, among other things, monitors the water level at the piers of the Fehmarnsund Bridge.

The marina is located about three kilometres from the harbour.