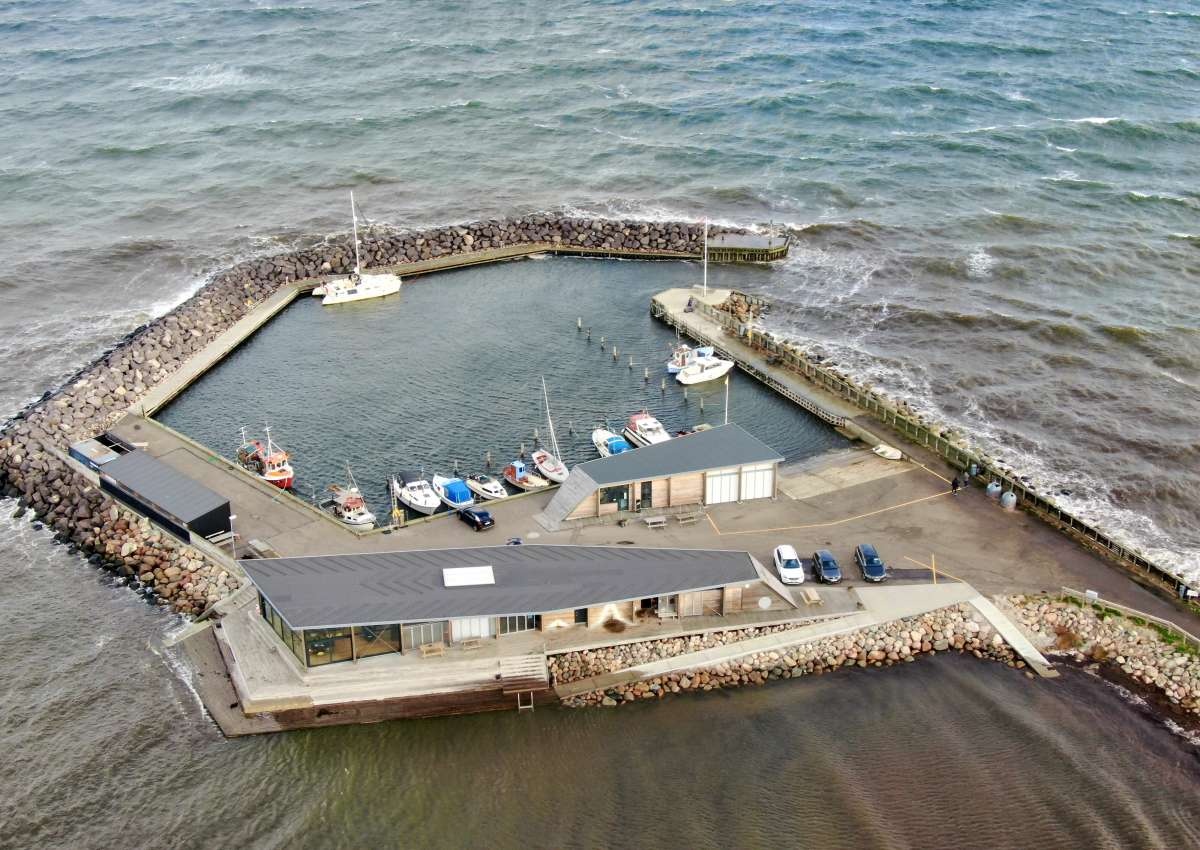 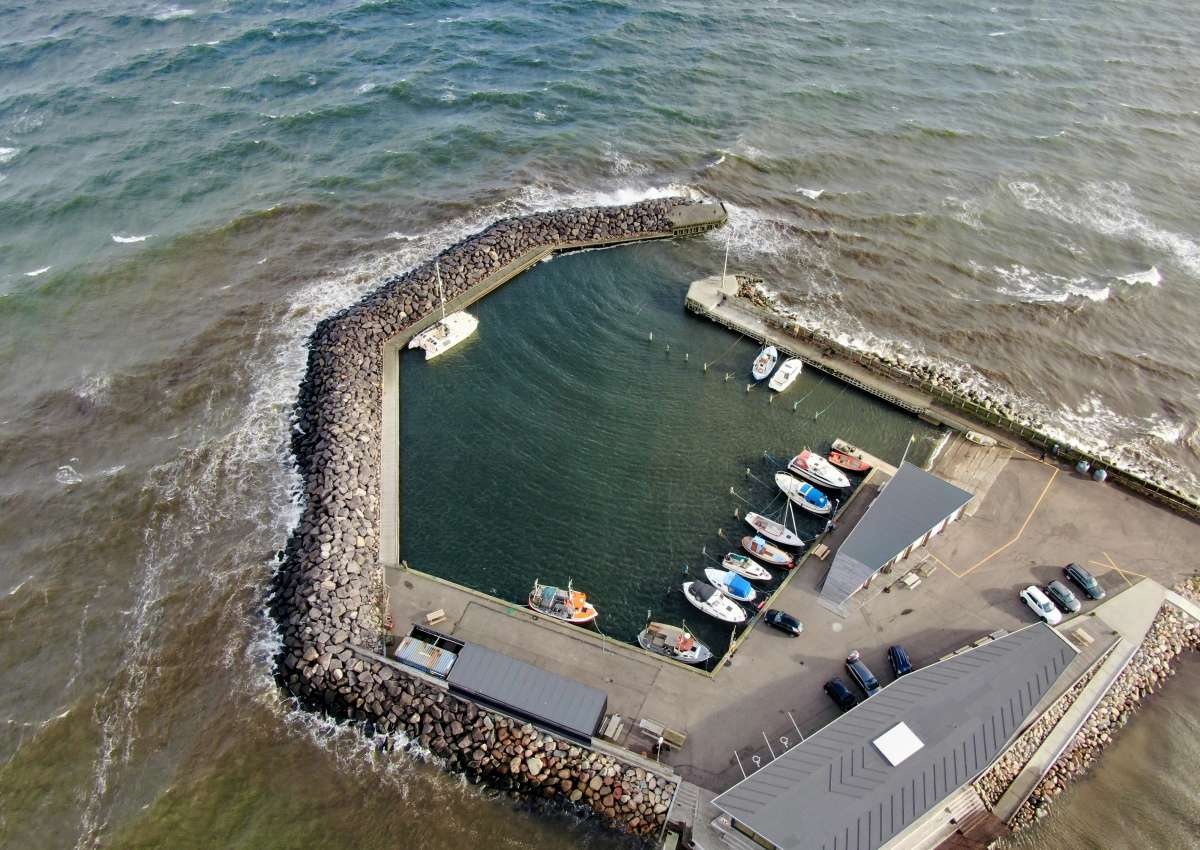 Tiny harbour connected to the Røsnæs peninsula by a causeway about 150 m long.

The approach to the fired harbour (F.G) is possible day and night. With onshore, strong winds - due to the then occurring swell in the only 16 m wide entrance - the entry and exit is not possible.

On both sides of the harbor must be expected  Stellnetzen.

The size of the harbour provides a rather limited space for a few small yachts. One lies alongside the inner side of the pier on approx. 2.5 - 2.8 m water depth.

At the beautifully situated harbour there are no supply possibilities except for sanitary facilities and fresh water. The nearest shopping is in Ulstrup, about 2 km away, from there there is also a bus connection to Kalundborg.

The very small harbour, occasionally also mentioned under the name "Nyby Havn", at the end of a road embankment is hardly visited by guest berth holders, since it offers only little place. An extension of the harbour, which was thought of years ago, has not yet been realised. There are still a couple of recreational fishermen here, but meanwhile pleasure boats occupy most of the harbour basin. After all, you can definitely pass the time for a day on the naturally beautiful peninsula with its many Bronze Age graves.

Since 2016, the new "Maritime Aktivitetshus" has been the attraction of the harbour. It is used as a bathhouse as well as for other activities of citizens and clubs, but also cultural events.

The settlement of Nyby by the harbour consists of a few warped wooden sheds on the beach and half a dozen houses on the hillside, including the house of a taxidermist who has placed a few of his exhibits in the garden. There is no merchant here.

A narrow road leads through meadows and fields to Ulstrup, two kilometres away. On starboard ahead, 500 metres from the village, you make out the village's windmill, which also serves as a sea mark. Built in 1894, the building is owned by a foundation which has had the mill restored. The "Ulstrup Mölle" is a Dutch gallery mill, the hood of which is turned from the gallery. At weekends during the school holidays the wings still turn. The "Brugsen" (grocer's shop) in the village and the Kalundborg Tourist Office provide information on the exact times when the mechanism inside the mill can be seen in motion.

At the road junction leading from the village to the harbour, the petrol station, Brugsen, pub and "Røsnæs Snack-Bar" are all together. A little further east in the small village stands the beautiful whitewashed church of Ulstrup. The tower, vault and sacristy of the church date from the 15th century, and most of the furnishings from the 16th century. A stone in the tower room commemorates the priest and folklorist Laurids Kok, who died in 1691 and wrote the first Danish national anthem: "Denmark most beautiful meadows and fields". The village also derives its charm from its location between two sea areas.

200 metres south of Ulstrup, you can already see the Kalundborg Fjord. If you want to visit the church, you can get the keys from the churchwarden in the village or from the pastor, Grethe Bülow Hansen.

The village is quickly explored and there is still time for a hike to the nature reserve at Kongstrup, about three kilometres southeast of Ulstrup. Alternatively, take the main road in the opposite direction to the eastern tip of the peninsula, to the Røsnæs lighthouse five kilometres away. The road gradually narrows on the way there. On the way back, we recommend turning left towards Nyby as early as Bjørnstrup. The byway leads back to the harbour via a few picturesquely situated farmsteads.