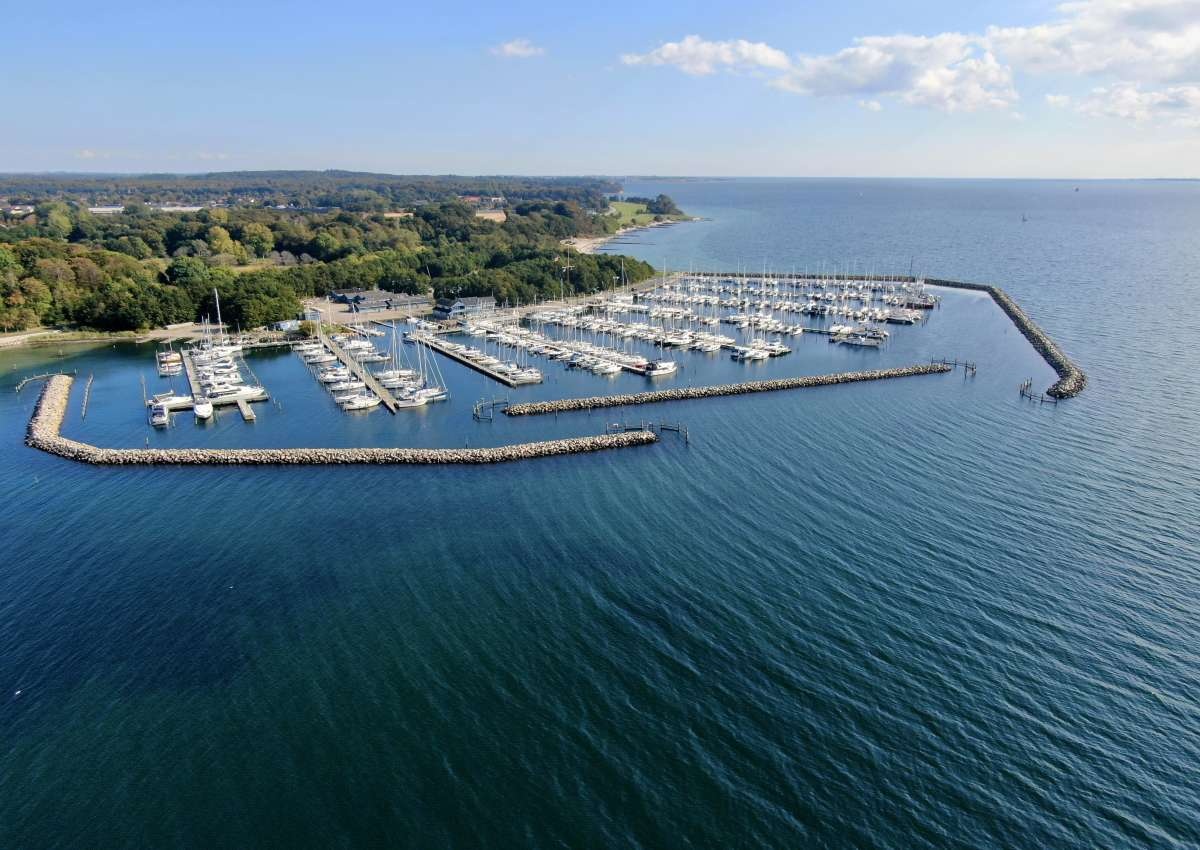 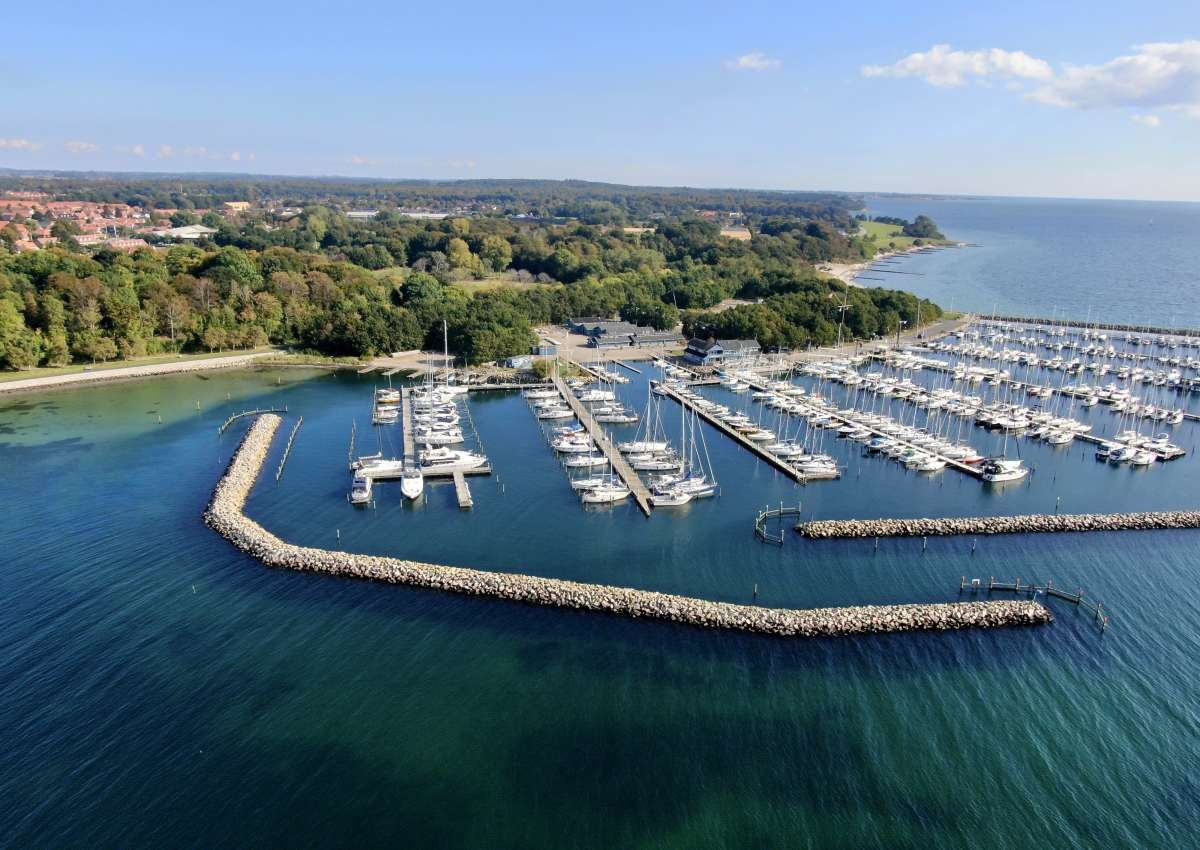 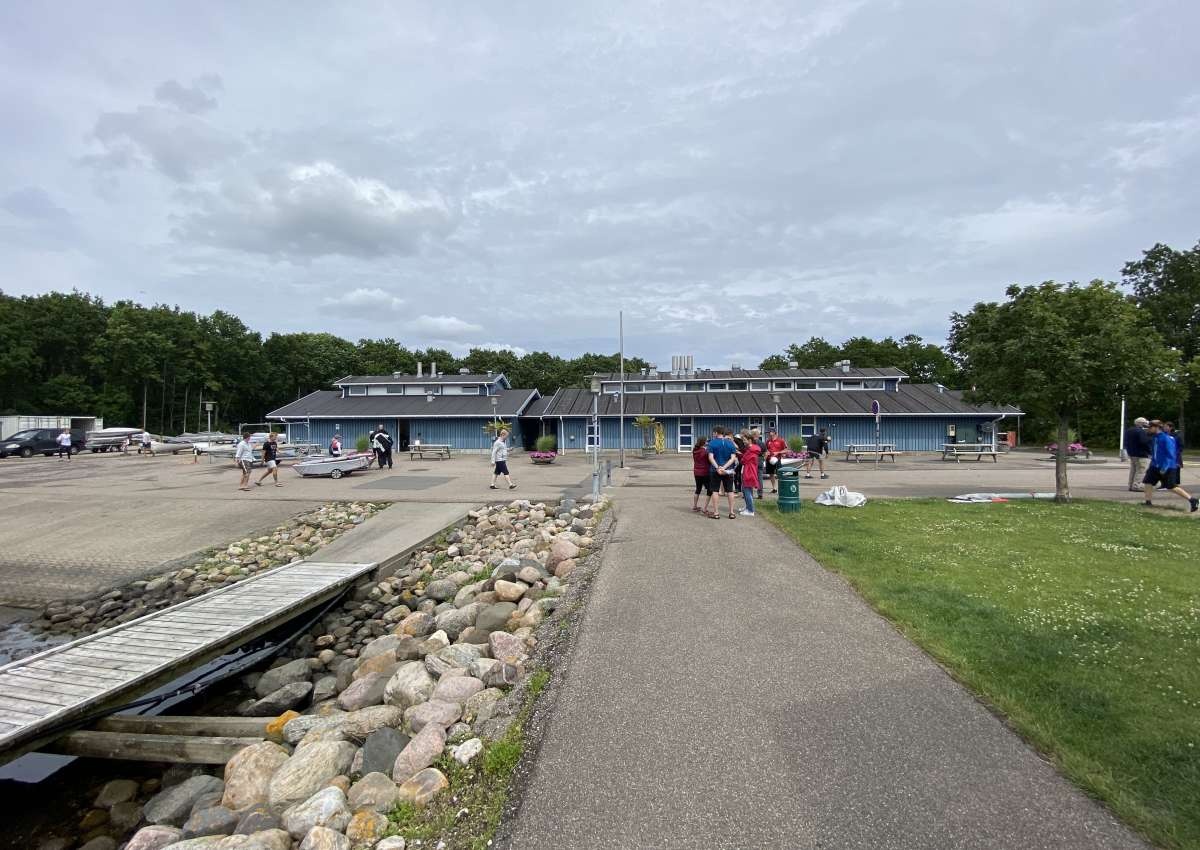 An old trading town at the southern exit of the Alsen Sound, which, although very touristy, still has its charms.

The approach is unproblematic day and night. Coming from the south, the buoyed and lit fairway leads from the west buoy Q(9)15s into the Alsen Sound and to the quays of Sonderborg and further north through the bridges. The lighted entrance of the marina (F.G), 0.5 nm southeast of the castle, is approached directly from the fairway.

The walking distance to the city center, with very good shopping and supply possibilities, is about 20 minutes.

The long shopping street above the harbour is the right place for visitors who appreciate a shopping trip in a busy atmosphere. By contrast, history buffs will retreat to Sønderborg Castle and peace-seekers to the southern forest. You can't miss the forest if you head south out of town along the seafront promenade. If you don't moor at the wooden bridges near the town centre, but at the marina on the outskirts of the town, you won't have far to go to the South Forest anyway, but you will have to reckon with a 20-minute walk into town.

The massive castle, which was initially built as a fortress in 1170 to protect against the Wendish pirates, houses a museum with an extensive collection from the history of North Schleswig, with the Schleswig Wars in particular taking up a lot of space. Exhibits ranging from knight's armour to medieval cradles give an idea of what life was like in the castle in the past. Remains of the original castle can also be seen on the castle grounds. A roof protects the ruins from further decay.

Sønderborg Castle is known to many people for a painting depicting King Christian II as a prisoner. He is standing at a table with a "finger groove", caused by the fact that he constantly moved his thumb along the edge of the table during his 17 years of imprisonment. The table and groove, however, are an invention of the painter Carl Bloch.

Rumors arose even during the captive king's lifetime about his strict guard in the castle, where he was said to have been walled up in a tiny tower room. In Bloch's painting and in history books, this legend of a miserable prison existence lived on. In reality, he was able to move about relatively freely. A copy of the painting with the "finger groove"' hangs in Sønderborg Castle next to the remaining parts of the tower Christian II inhabited.

Only ten years reigned the king, who was expelled in 1523 for "disagreements" with the nobility (see also Nyborg). In 1532 he came to Sønderborg hoping they would negotiate with him again. Instead he was imprisoned, but otherwise treated like a king. Beer was bought for him from Lübeck, wine from France and cloth from Flanders. According to some contemporaries, Christian II did not deserve this royal treatment, as he was the initiator of the "Stockholm bloodbath", a massacre of Swedish nobles. The king defeated an army of Swedes outside Stockholm in 1520, but had difficulty breaking the resistance of the enemy in Stockholm. However, the Stockholmers laid down their arms after Christian II promised them amnesty. Christian II had promised them amnesty. In a devious way he broke his promise by inviting the leaders from the Swedish nobility to a festive banquet in his castle and having them murdered there (including the bishops). Disappointed by such a dishonourable ruler, so many Danish nobles turned against their king that Christian II was eventually forced to abdicate.

Sønderborg, at first a fortress, was increasingly converted into a castle over the centuries. King Christian III and his wife turned it into a Renaissance castle. The church in the north wing is Denmark's first Protestant princely church. It is called the chapel of Queen Dorothea, the widow of King Christian III.

On the gallery of the oldest Renaissance room in the north are quotations from Luther's translation of the Bible.

Recent restoration work has restored the dance hall, where the 23 (twenty-three!) children of Christian III's son were baptised.

The heavy bombardment by the Prussians in 1864 left the building with its thick walls almost unscathed. The hail of guns was only made possible by the capture of the Düppeler entrenchments about three kilometres from the city. On April 18, 1864, the Prussian soldiers, who clearly outnumbered the Danes, stormed the redoubts and thus decided the German-Danish war. After their victory, the Prussians moved into Sønderborg, so that the town was under German administration until 1920.

The windmill at the Düppeler Schanzen is today regarded as a national symbol of Danish defensive will. It houses a museum. The old cannons in front of the mill are a reminder of the heavy fighting, but also of the fact that the Prussians ruthlesslyutsched the country. Thus Danish was no longer taught in school in southern Jutland, which was of course one more reason for the pupils to speak their mother tongue outside school hours. Even at the offices, only German was spoken after the Prussians moved in, although many Danes did not know a syllable of German.

Only the First World War lost by the Germans and the Treaty of Versailles led to the referendum in 1920. The people of the border area could now decide for themselves where they wanted to belong. However, it is said that the vote was played with "marked cards". All Germans born in the area were generously granted free passes, an advantage that the Danes, some of whom lived overseas, did not have. Nevertheless, the vote clearly showed that the people north of Flensburg had remained Danes.

Another chapter in Sønderborg's chequered history is seafaring. Around 1670, the city received privileges from the crown as a shipping point for Als, but a series of unlawful pirate ports hindered its development into a major port city. The city lost many a ship in the Great Northern War of about 1700. By 1830 it was one of Denmark's largest port cities. However, the merchant fleet of around 140 ships was again severely decimated during the Napoleon s Wars.

A very special atmosphere prevails in Sønderborg every year on the second weekend in July, when around 400 riders and thousands of spectators gather for the Ring Riders' Festival. The game is still played according to medieval rules. The rider has to impale as many rings as possible hanging on a rope on a lance in a stretched gallop. It is said that in the summer of 1596 King Christian Vl. was the winner of the tournament, which was organised on the occasion of his coronation. To show his magnanimity as a ruler, he ceded victory to the second-placed Margrave of Brandenburg. Today, it is mostly young farmers who keep the once royal game alive.

The city on Als Sund, which has a population of around 30,000, combines opposites: on the one hand, industry, trade and tourism make for a particularly lively street scene, and on the other, the picturesque location on the Sound spreads a cosy atmosphere. Large stretches of the historic townscape were destroyed in the German-Danish war of 1864. Remnants of the old buildings can still be found at the harbour.