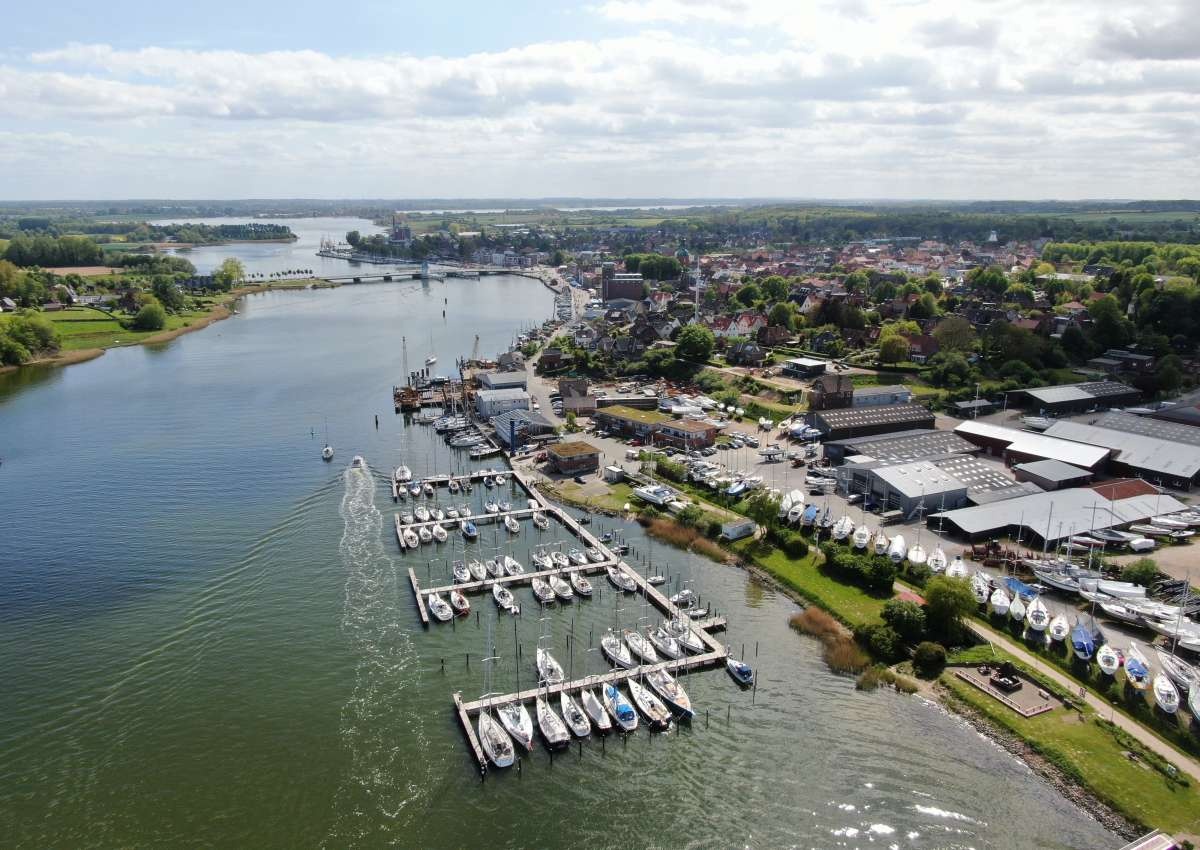 Small harbour town on the Schlei.

Since the Schleifahrwasser is lit up as far as Kappeln, the moorings are also to be approached at night. Caution: When approaching the moorings across the fairway, pay attention to the current.

Yachtyard service with crane (20t), boat accessories, rig service and engine workshop can be found on site. To the supermarket it is a 5 min walk. Further supply possibilities in Kappeln (approx. 500m).