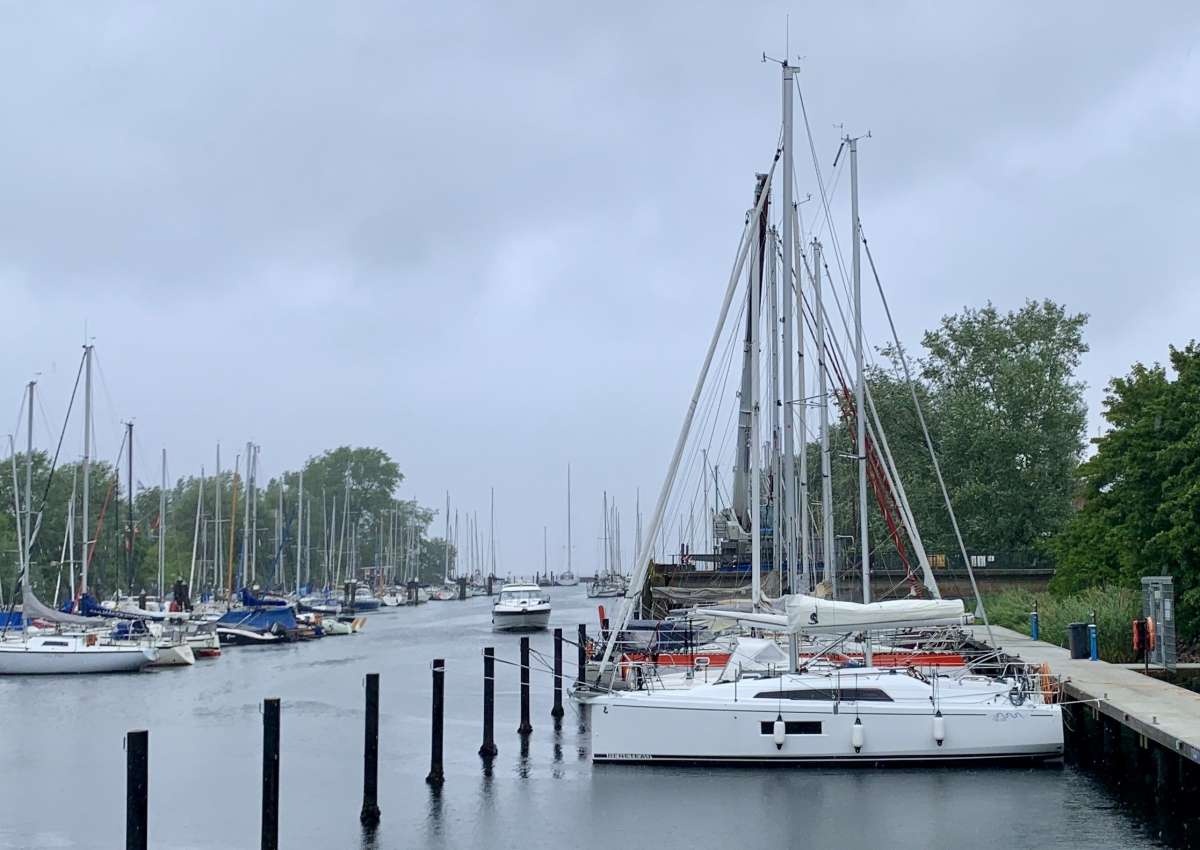 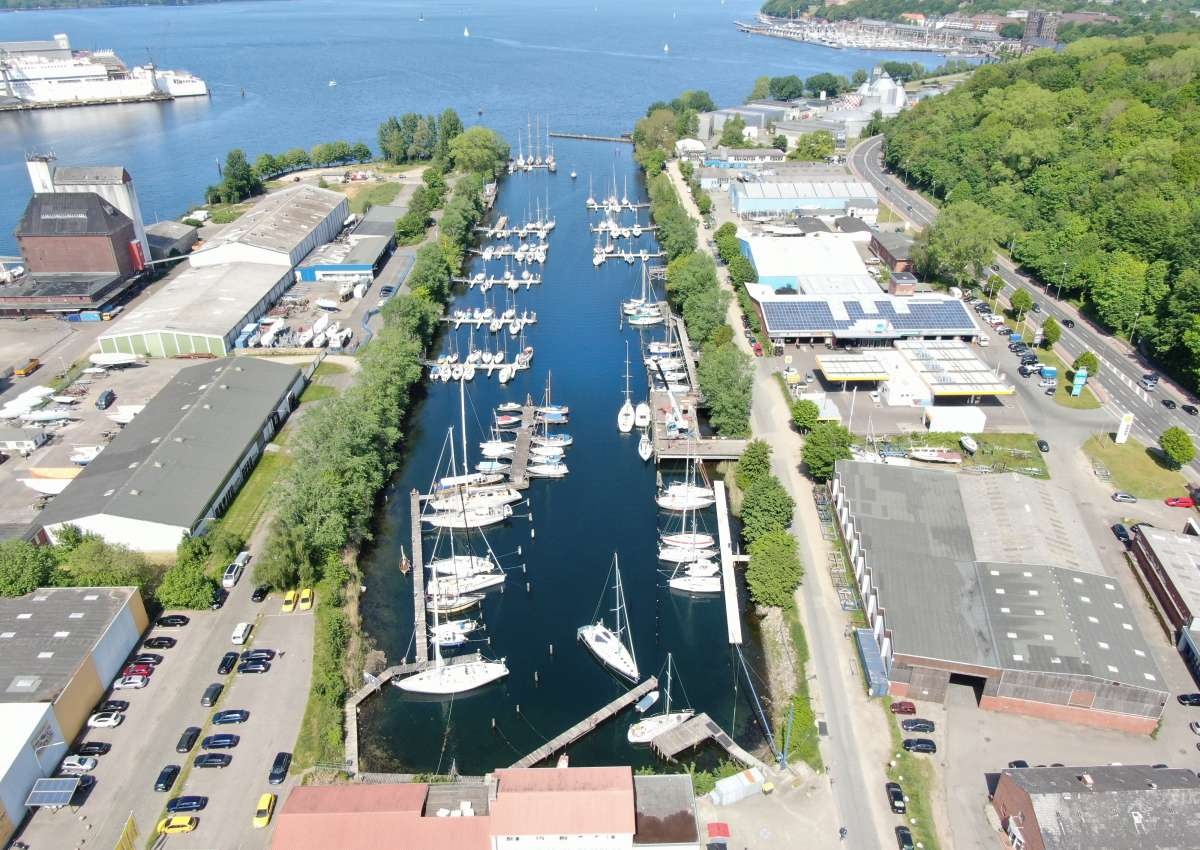 The quiet Fjord Marina in the industrial port is located in a protected location directly behind the shipyard area and the shop of Flensburger Yacht Service. In addition to 40 comfortable berths and the service operation Flensburger Yacht Service, the Förde Yachthafen offers other amenities such as excellent gastronomy in the immediate vicinity, modern sanitary facilities, an engine workshop, a heavy-duty crane and much more.

The approach is unproblematic day and night. Coming from buoy 13 or Tn 14, the approach to the inner harbour is first towards the Kielseng light tower at the sewage treatment plant (white sector at night). After passing Tn 15 you enter the leading light line 229°. Be careful on the east side, there are deviation dolphins standing freely in the water. The further one steers into the harbour basin of the industrial harbour after sight.

Commercial jetty in the industrial harbour on the east shore of Flensburg harbour. Good service facilities of the Flensburger Yachtservice (also fuel and repairs). Further supply in the centre of Flensburg 2 km away. There is a roadside petrol station directly on the east side of the harbour.