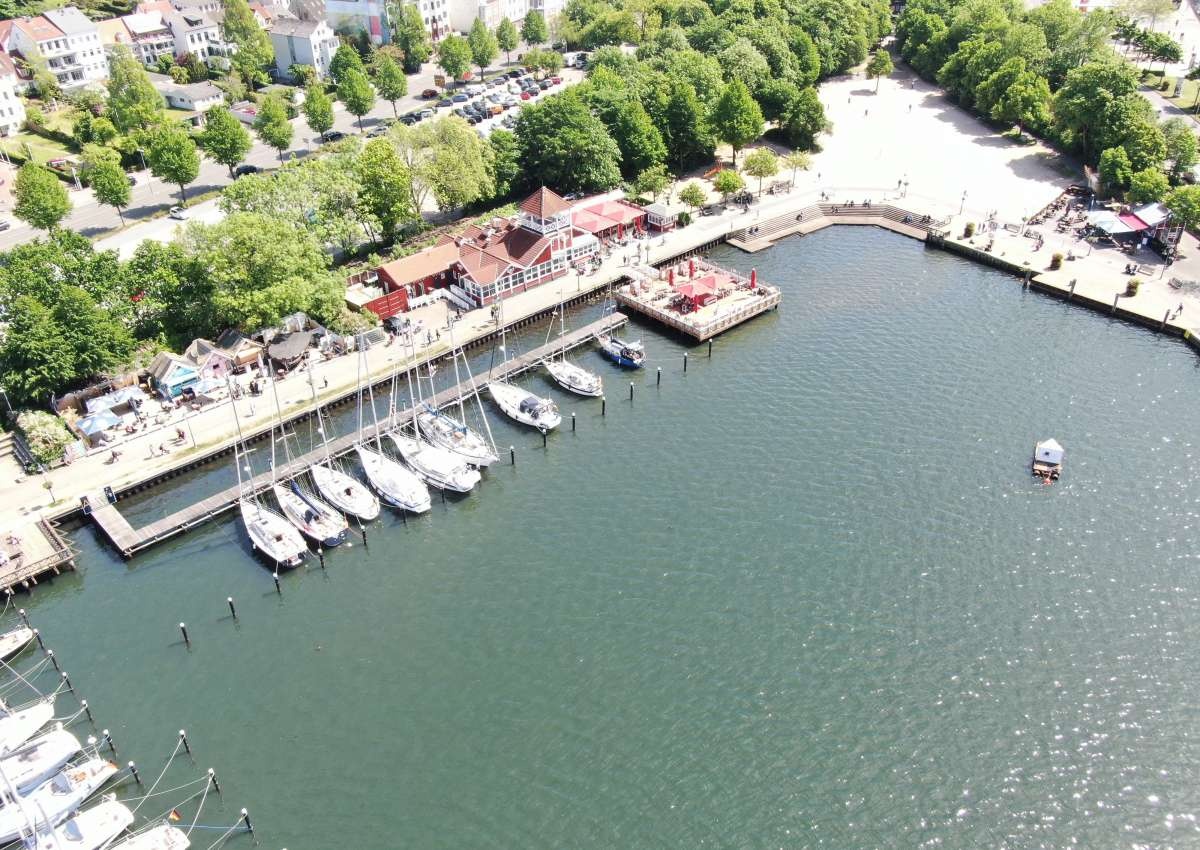 Centrally located jetty in the southern part of the harbour. Guests are on green marked places with 3 - 7 m water depth. Good sanitary facilities.