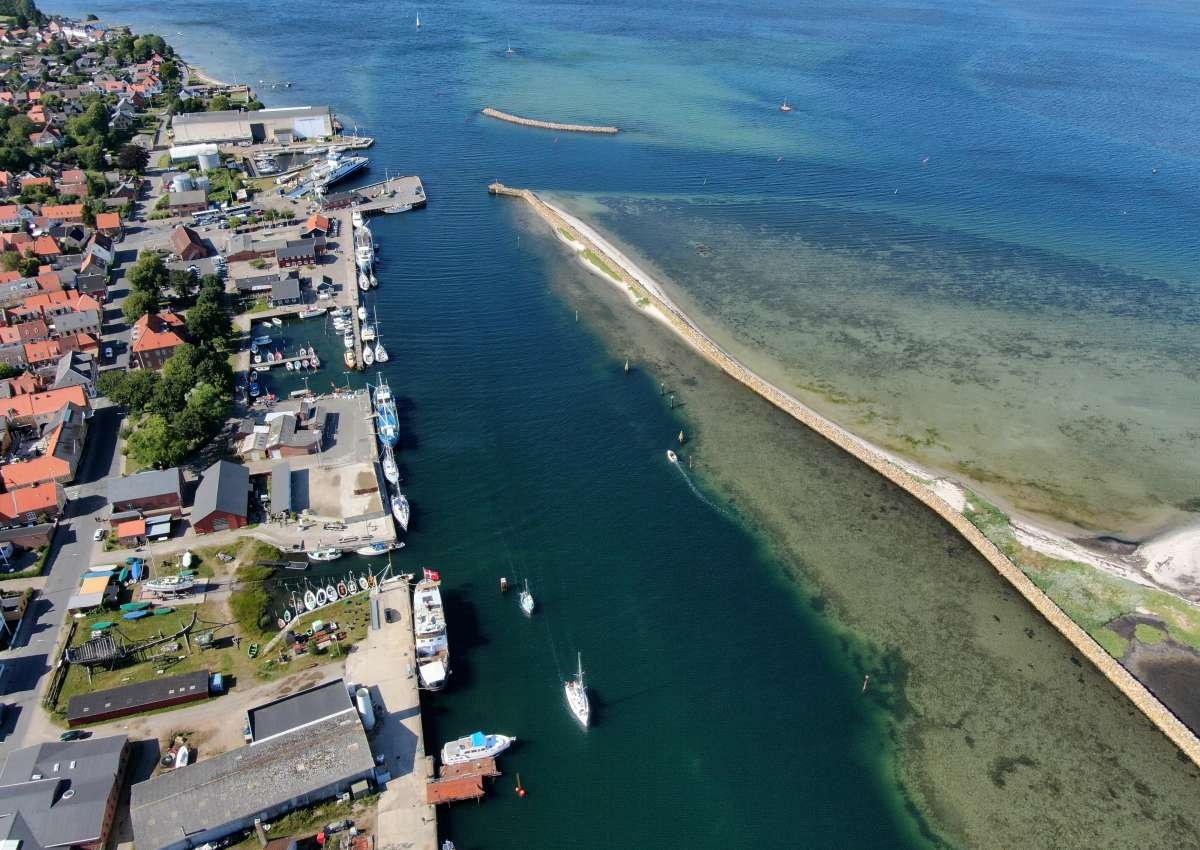 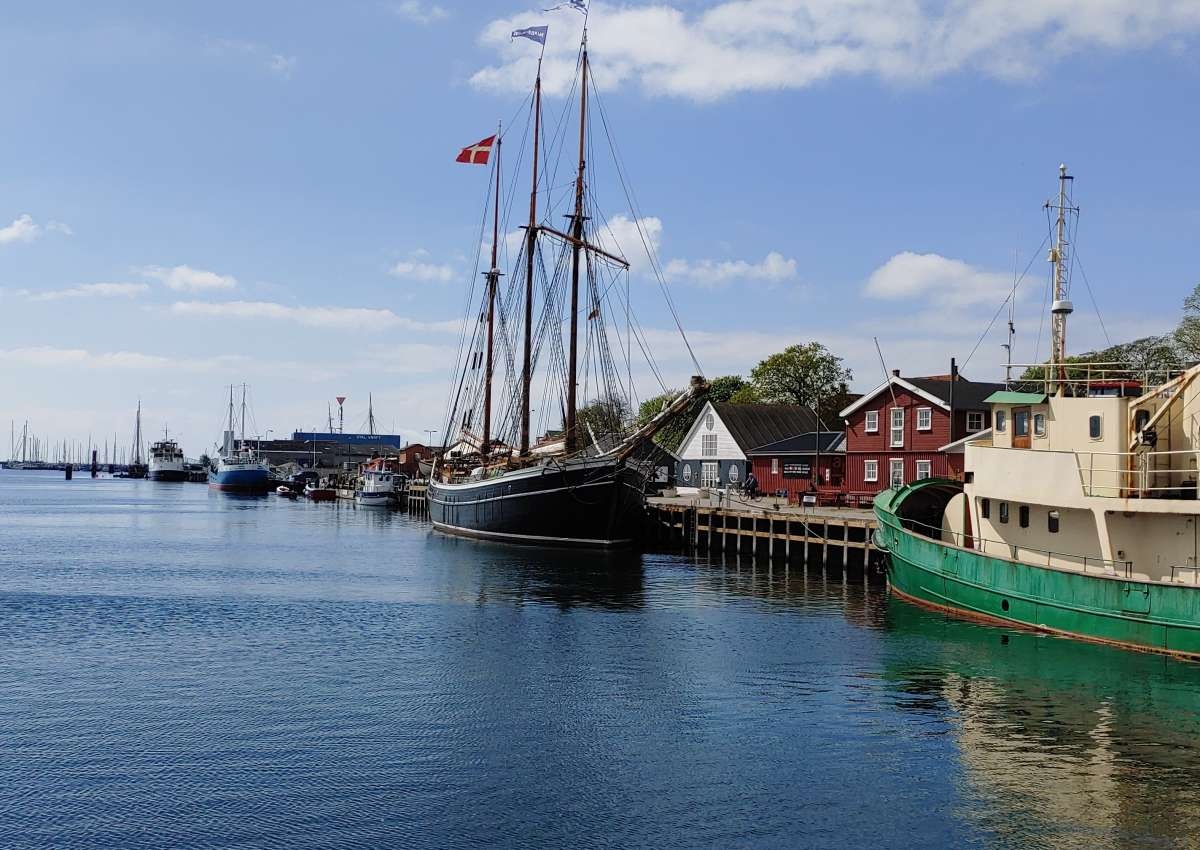 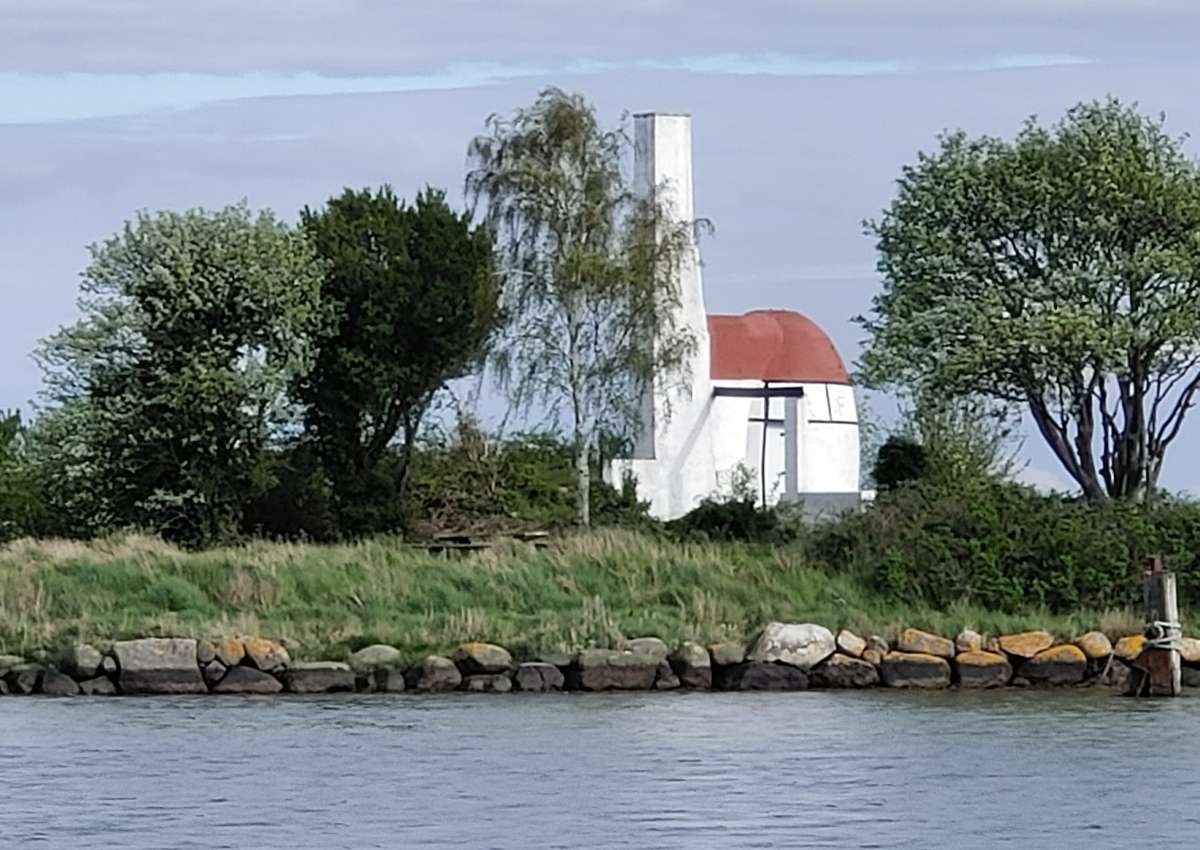 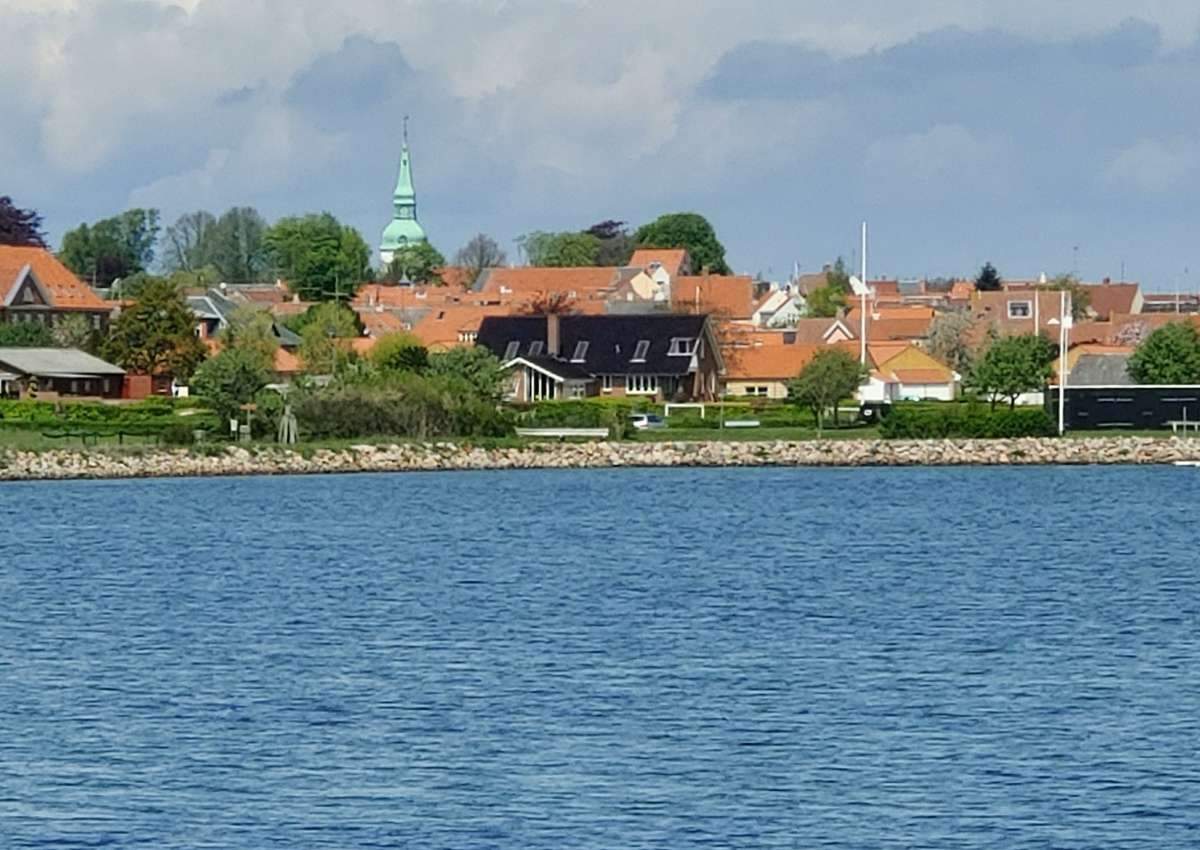 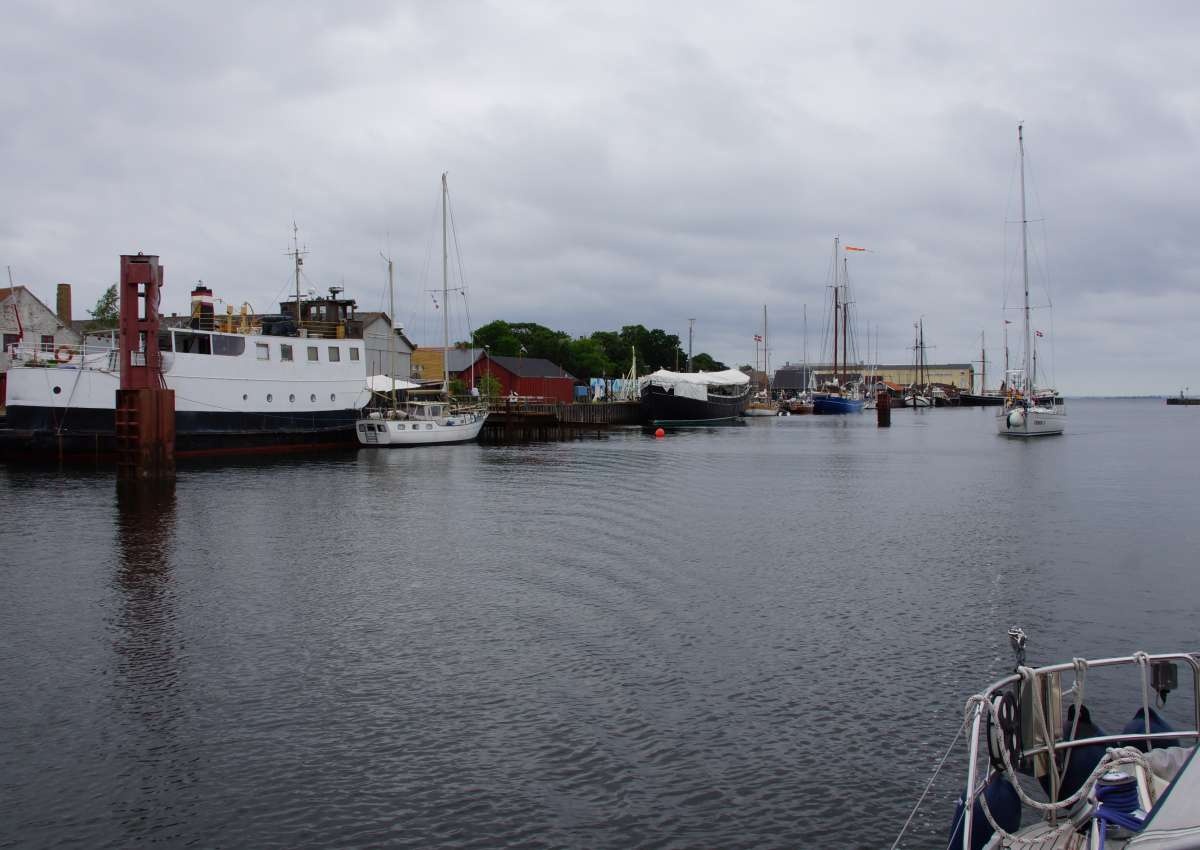 Idyllic, small harbour town with a great sailing ship tradition. Marstal is one of the most popular destinations for German yachtsmen.

For large yachts the quay in the northern part of the harbour with 4m water depth is suitable. At the southern jetties of the marina (7 - 10) are mostly free places at 1.7 - 2.7 m water depth. The former ferry pier and the wharf quays may not be used. During the holiday season and at weekends the harbour is often very busy.

This little town on Ærø is now the Mecca of Baltic sailors. Around 15,000 pleasure boats moor here every year. Moreover, the name Marstal stands for the great age of sailing ships. 400 sailors moored here at the end of the 19th century and the beginning of the 20th century in the harbour built by sailors and farmers themselves. It is hard to imagine that this large number of sailing ships - mostly three-masters - could find room in the somewhat unfortunate harbour and then still manoeuvre, but old photographs prove it.

For decades the people of Marstal had asked Copenhagen to build a harbour, but the capital was stubborn. Perhaps the Copenhageners considered the shipping village of Marstal to be an unwelcome competitor, for it was home to more sailing ships in the village's heyday than the Danish metropolis. In 1825 the patience of the people of Marstal was finally exhausted and they "showed it to the gentlemen from Copenhagen". Over several winters, large boulders were pulled across the ice with muscle power and horsepower and left where they were to border the harbour. The rest of the work was done by the thaw. Unfortunately, many prehistoric graves also fell victim to the harbour construction, as people were not very choosy when it came to finding suitable erratic blocks.

Visitors encounter the seafaring town's past at every turn. The streets bear the names of great sea heroes such as that of Peter Willemoes or refer to the types of ships: Schoonerweg, Barkweg, Galeasseweg There are no less than seven ferry alleys directly at the harbour. Even the cemetery bears witness to the particularly strong relationship to the sea. One of the gravestones reads: "Here Christian Hansen lies at anchor with his wife. He does not weigh anchor until he comes before God's throne."

In such a seafaring town, of course, the typical sailors' church cannot be missing. It, too, was built on the initiative of the seafarers. Realistic ship models decorate the interior of the church. One of the special features is the altarpiece, which shows Jesus calming the storm. Captains from Marstal were the models for this panel. The altarpiece in the church was painted by Karl Rasmussen around 1880. The black barrel that still stands in the church was once used to baptise children born out of wedlock. Jewels of the church are the old Chinese candlesticks. The 35-metre high tower of the church is called the Peace Tower. Built in 1920 - after the First World War - it was intended to express the intense desire of the people of Marstal for peace, as they had suffered particularly from the war. More than 100 ships from Marstal were sunk by torpedoes or mines, although Denmark remained neutral.

The Maritime Museum in Prinsengade, which has been rebuilt and extended in recent years, is worthy of note. A visit is an experience if only because the maritime museum is particularly richly equipped. Saluting cannons, ship photos, figureheads, maritime paintings and much more document the connection to the sea. In addition to nautical instruments, old log books and a variety of ship models, there are also many objects on display here that were brought home by the seafarers.

The old skipper's house Minors Hjem (the home of simple people) in Teglgade has been furnished with period furniture as a museum.

In the harbour, there is a visible effort to keep up with the times in terms of shipyard construction; however, the small island of Frederiksholm on the long harbour pier is reminiscent of traditional Marstal. Here, a listed kiln still stands where lime was once fired.

The link to the maritime past is also maintained by Marstal's navigation school. It is considered one of the most modern and renowned in Europe.

A point of interest about three kilometres from Marstal is an ancient passage tomb at the village of Kragnæs, whose oldest burial layer dates from around 2000 to 3000 BC. The burial chamber measures eight by two metres and can be visited at your own risk.

For the rest, it is worth exploring the surrounding area with its picturesque villages by bicycle. The island of Ærø can also be explored by bus, which is free of charge all year round. Dogs are also transported and even bicycles (if space is available).