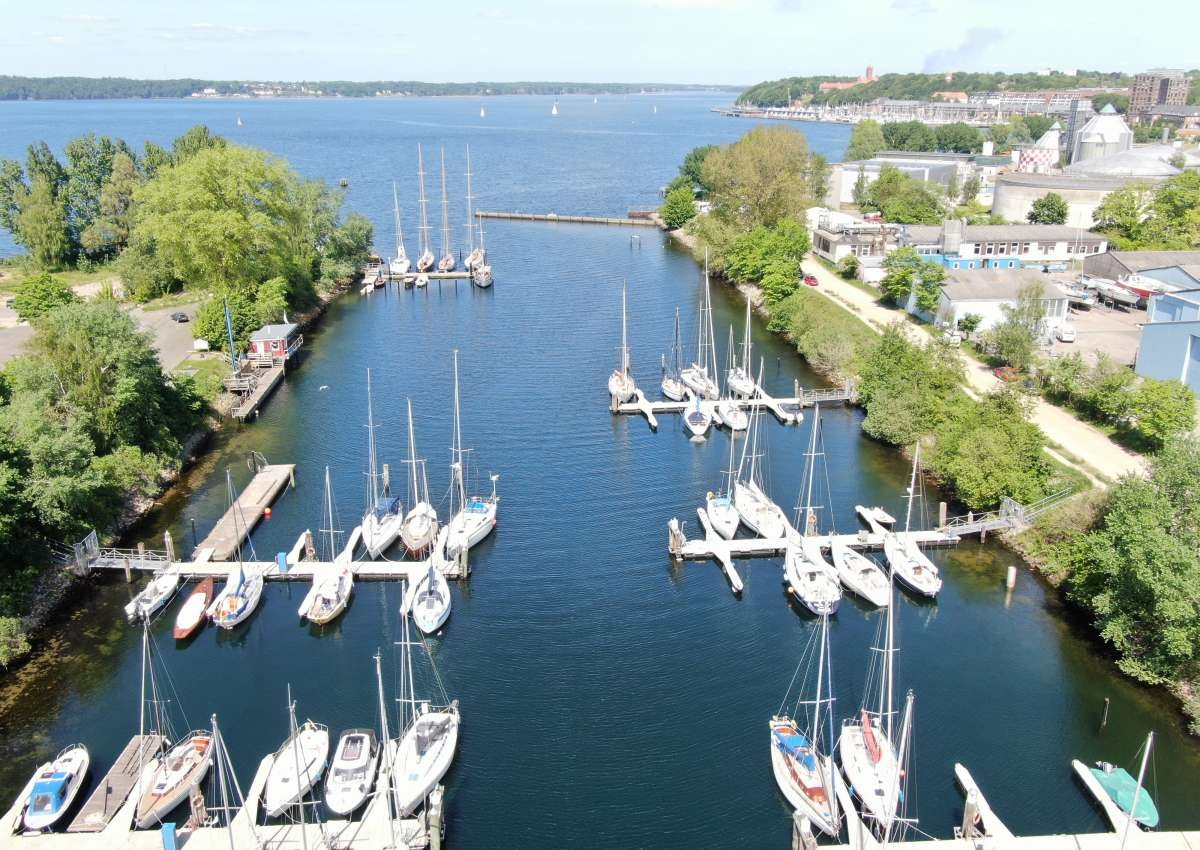 The harbour of the Wasserportclub Flensburg e. V. is located in the old industrial harbour of Flensburg and is a modern and well-equipped club marina.

The approach is unproblematic day and night. Coming from buoy 13 or Tn 14, the approach to the inner harbour is first towards the Kielseng light tower at the sewage treatment plant (white sector at night). After passing Tn 15 you enter the leading light line 229°. Be careful on the east side, there are deviation dolphins standing freely in the water. The further one steers into the harbour basin of the industrial harbour after sight.

Club berths (WSF) in the industrial harbour on the east shore of Flensburg harbour. Good service facilities of the Flensburger Yachtservice (also fuel and repairs). Further supply in the centre of Flensburg 2 km away. Directly on the east side of the harbour is a roadside petrol station.

If you take a trip across the Padborg border into Denmark, it's not far to Fröslevlejrens Museum on the northwestern outskirts of Padborg. The museum is a former World War II internment camp. The main watchtower and one of the prisoner barracks commemorate imprisonment and the Second World War.