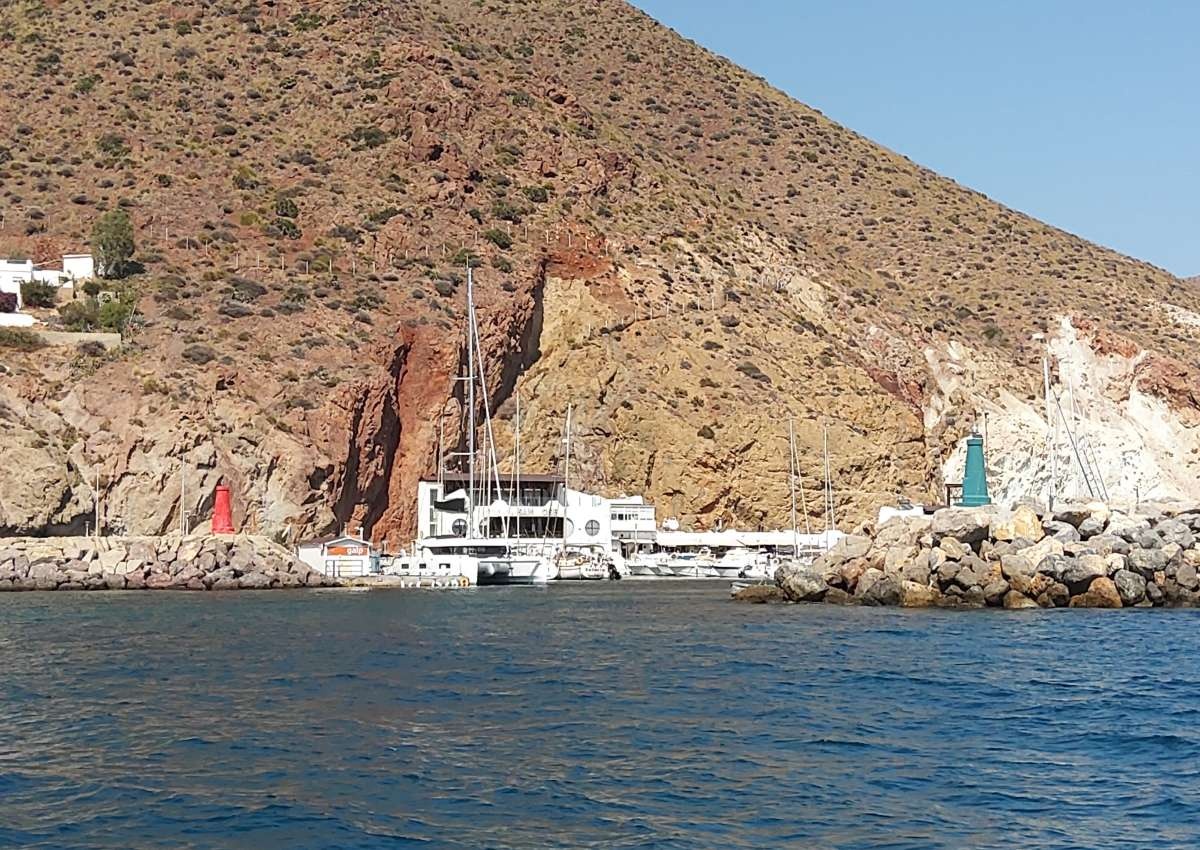 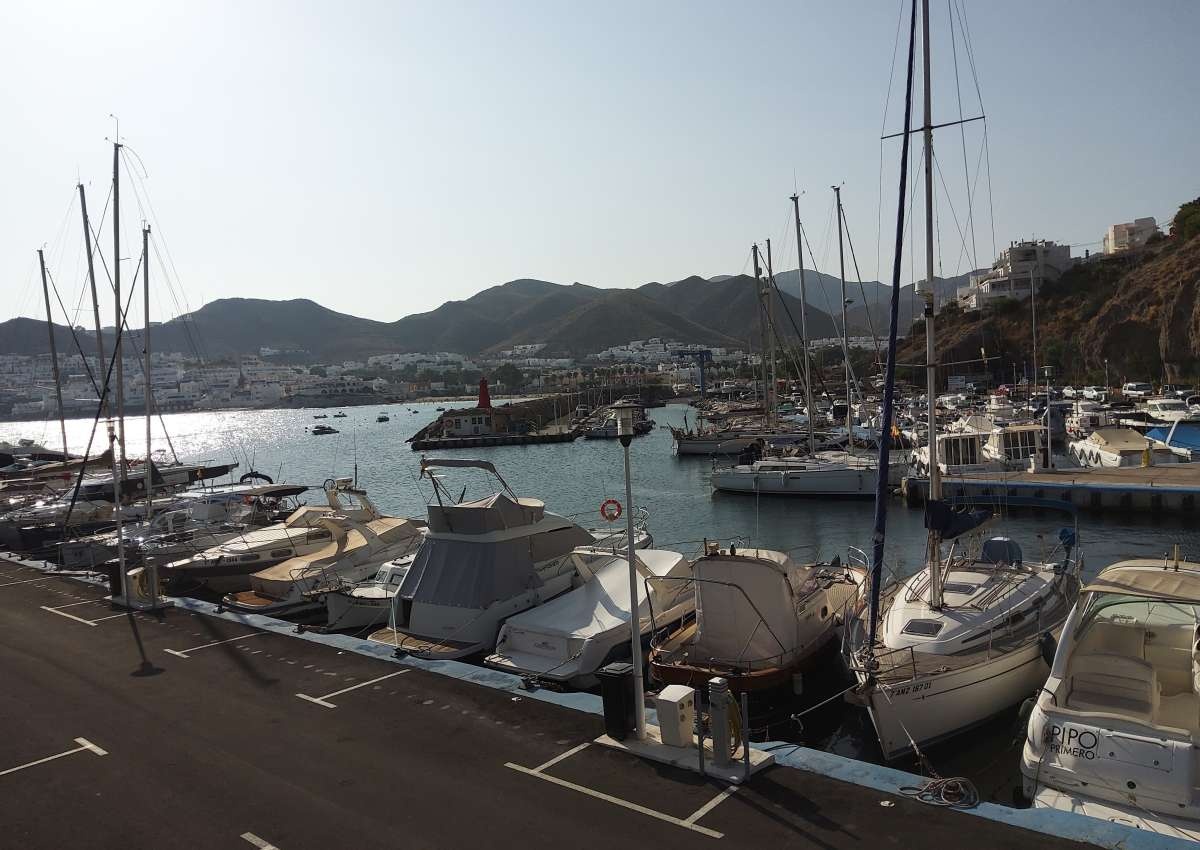 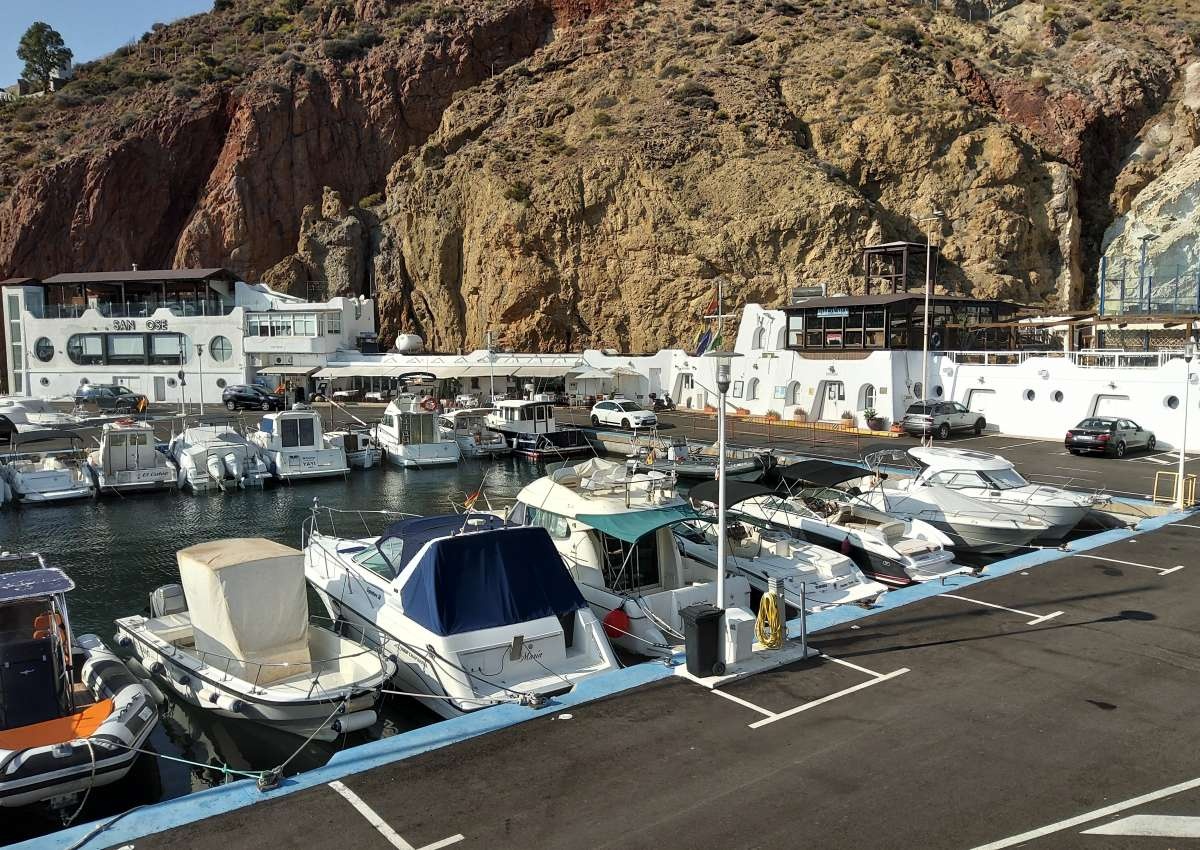 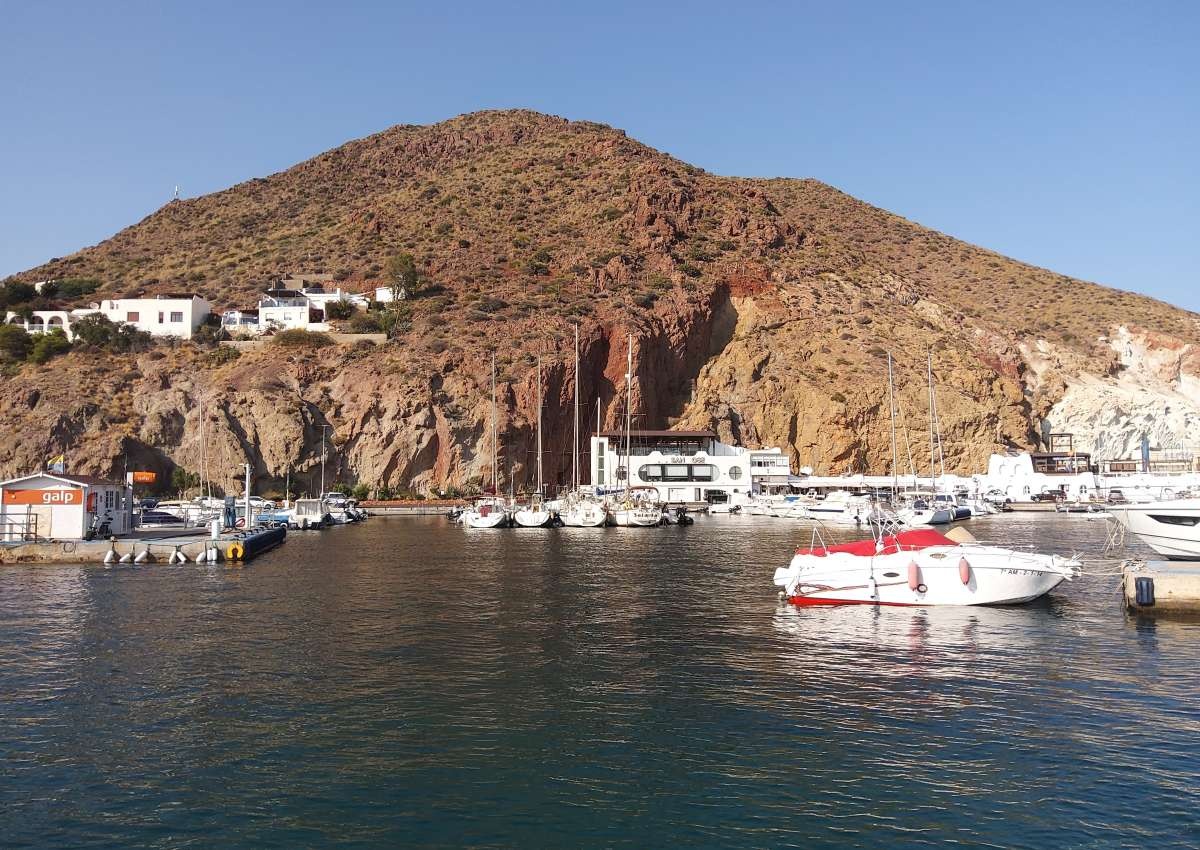 Small, well-protected port in an important position for circumnavigating Cabo da Gata and well suited as a stopover within day's distance between  Aguilas and Almeria.

The harbour entrance is open to the southwest and should be approached in the middle at a good distance from both pier heads. The stone fills of the piers continue under water well visible still something. The refuelling station is located directly at the Bb Molenkopf. When a wide catamaran is refuelling (as we experienced), the entrance is narrowed. Water depths in the entrance  around the 4 m.

We were assigned one of the last spots on the inside of the east pier, which was very tight. We had to squeeze in backwards between a motor yacht and a smaller sailing yacht. Problematic are always the tightly standing mooring lines of the neighboring boats as well as the much higher outer edge of the motor yacht, where the own railing supports can get underneath.  Recognizing this problem, two marineros were ready to assist and helped in an exemplary manner,  because some cross wind made parking even more difficult. At the pier were 4.5 m water depth,  electricity , water and trash cans.

Filling station,  crane and ramp in the western,  shallower part of the harbour. Toilets and showers for two people each available and just acceptable. No shops in the harbour, the village with shopping facilities is within walking distance. Two restaurants in the harbour of which èines was closed.