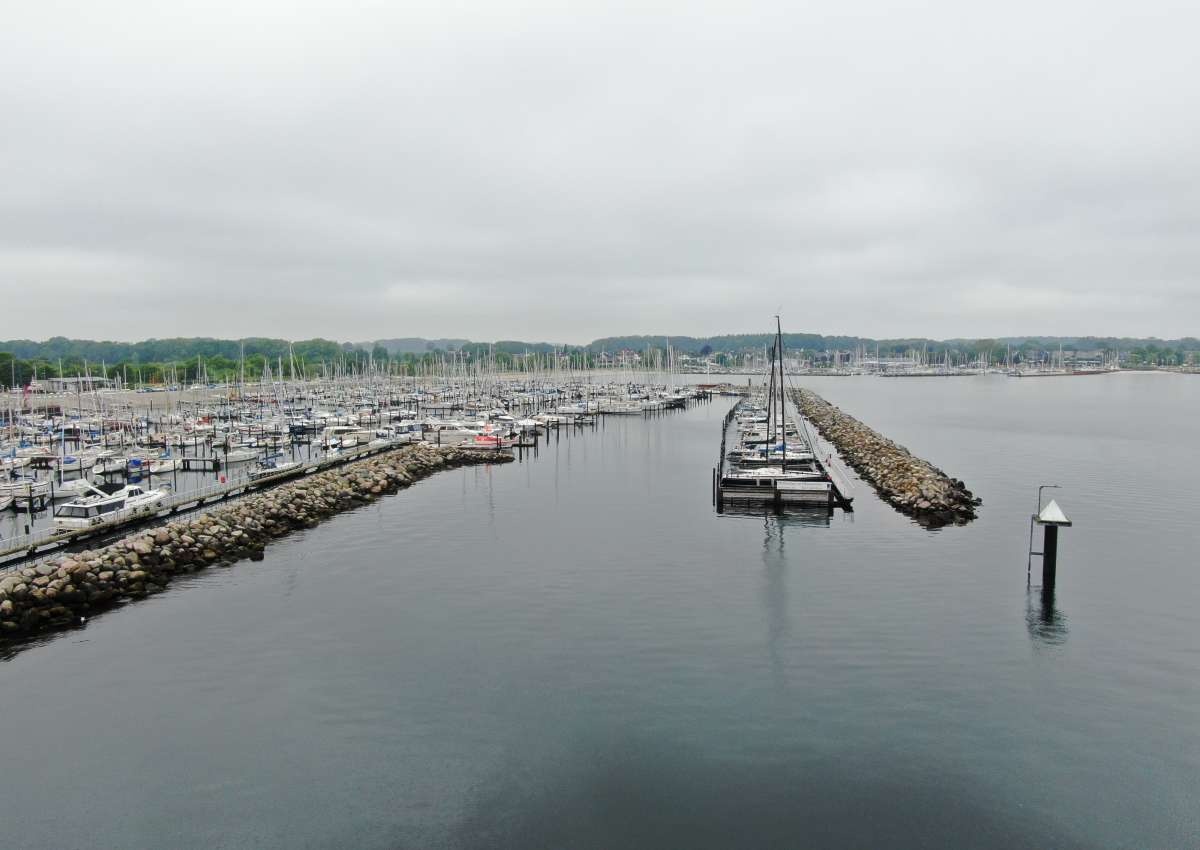 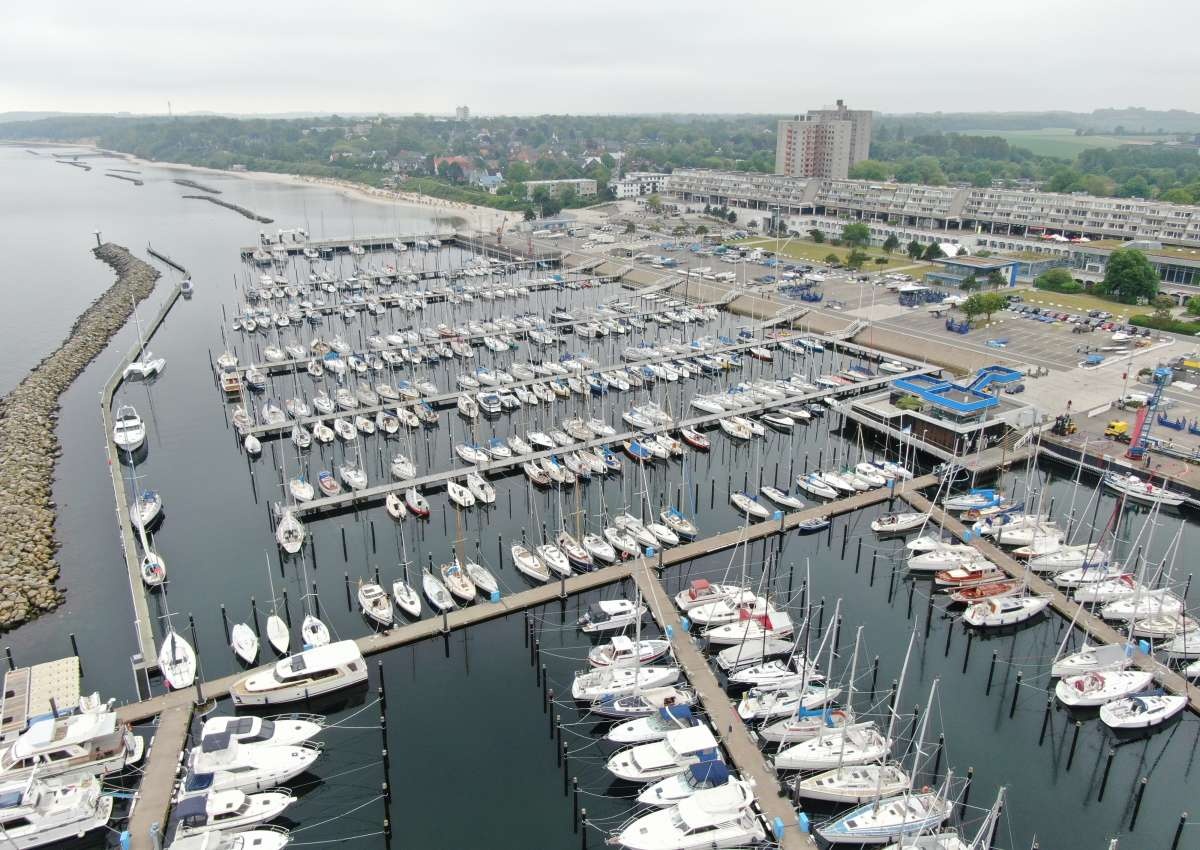 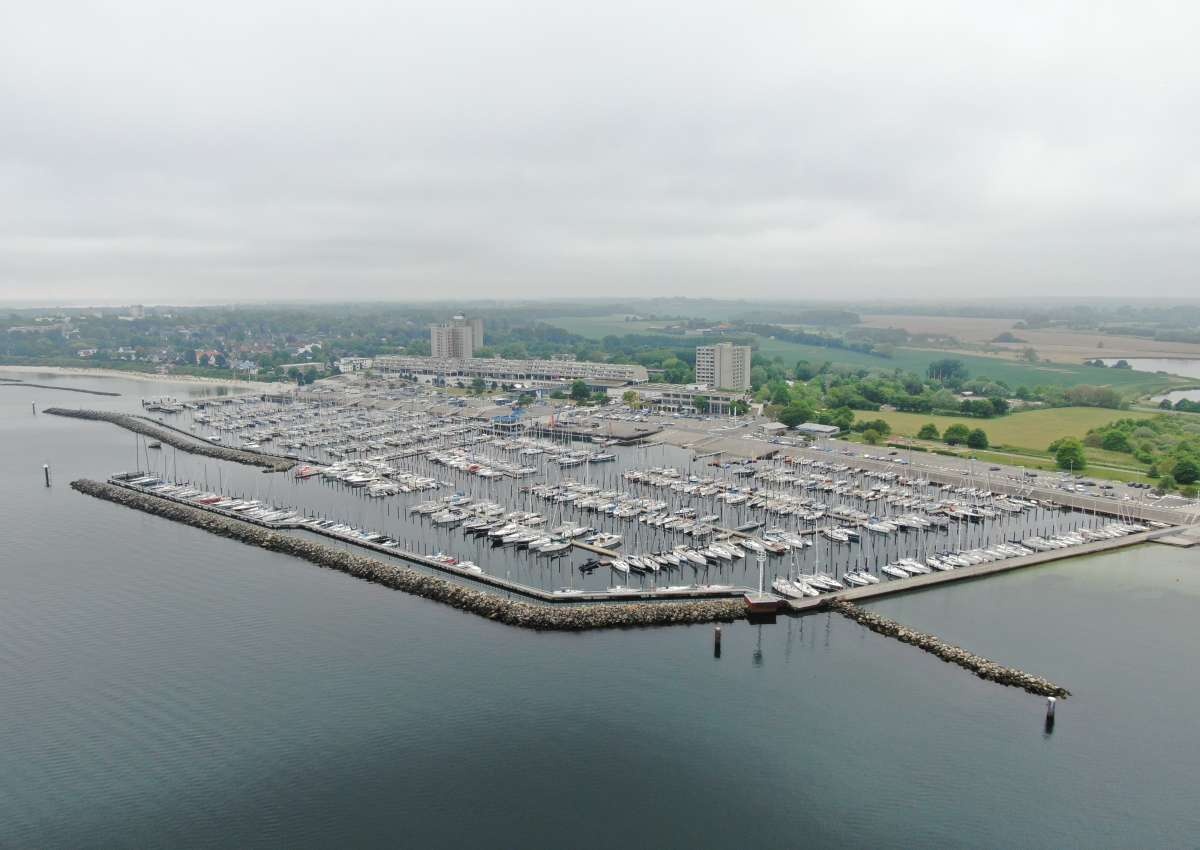 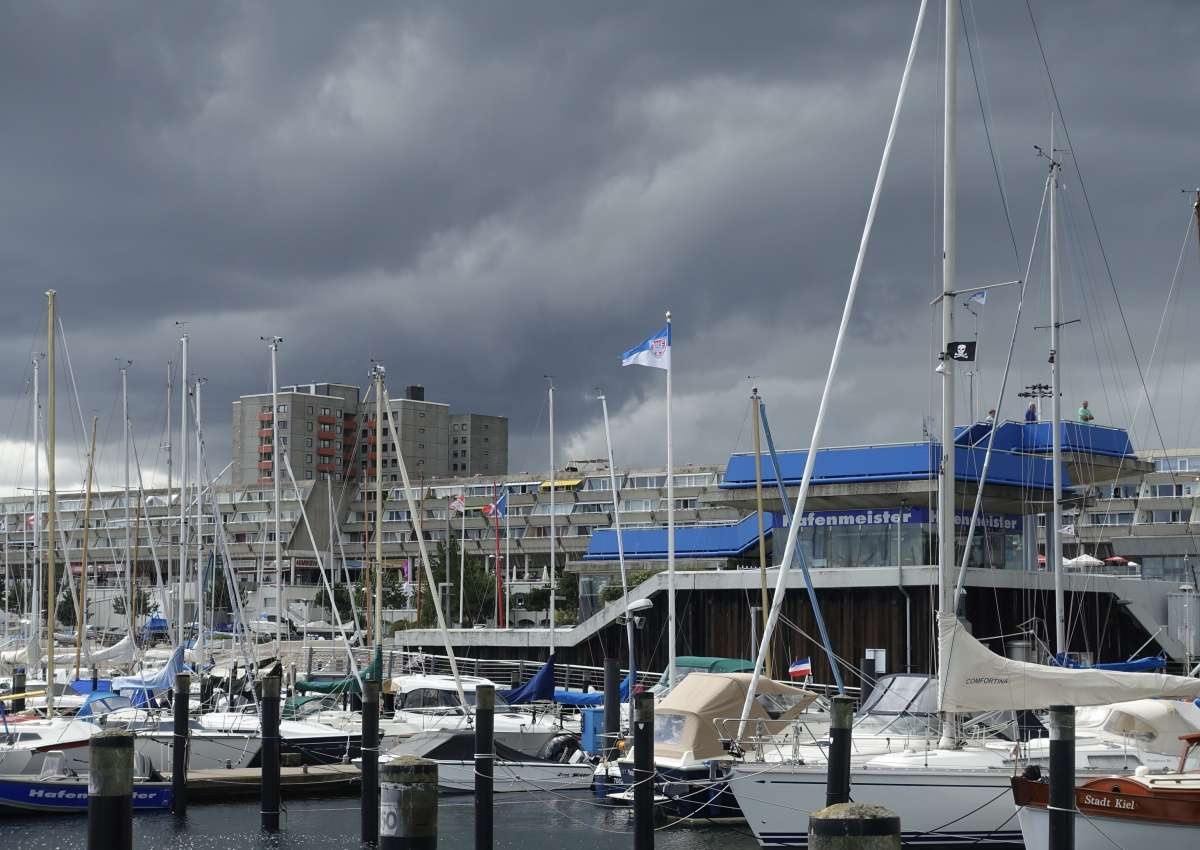 OLYMPIAHAFEN SCHILKSEE: A modern marina facility in the western part of the Kiel Outer Fjord.

OLYMPIAHAFEN SCHILKSEE:
The harbour can be approached day and night without any problems. During the day you walk towards the concrete terrace houses coming from the sea, which make a very good landmark. The two entrances are not visible until very late. They should not be mistaken for the stone pours south of the harbour. At night the illuminated entrances (F.G) are easy to spot. Until the entrances can be made out, one walks towards the Strander Bay light in the white sector.

OLYMPIAHAFEN SCHILKSEE:
With the exception of diesel, the marina offers all the facilities of a modern marina, including 10-t crane. The harbour also has many amenities of a modern leisure facility, including an indoor swimming pool and bathing beach just south of the harbour. During Kiel Week, the harbour is only open to regatta participants

The much-maligned building material concrete was used very lavishly in Schilksee on the occasion of the 1972 Olympic Games, but not without imagination. The from the distance monumental facility becomes somewhat more manageable in its size by the division into north and south harbour, nevertheless only the Kieler Woche manages to fill it with life. Sufficient free guest places are available at almost all times.

However, if cosiness is not necessarily important to you, but good supply is, you will find a lot of positive things about the marina. Numerous shops (including ship chandlers), various restaurants and a swimming pool are offered by the large complex. The opening hours of most shops are extended to 7 days/week during the season. In the commercial area Schilksee (about 3 km south of the port) are, further ship chandlers / sailmakers as well as engine repair and other yacht typical crafts can be found.

If you want to get something positive out of the place Schilksee, you can consider the visit as an excursion into the architecture of the 70s. Dänischenhagen offers itself as a destination for an excursion. A hiking trail leads through the Fuhlenseeniederung to the village. With the bus or Fördedampfer is also the trip to Kiel no problem.

As a rescue unit of the "German Society for the rescue of castaways" is in the Olympic port, the sea rescue boat "Walter Rose".