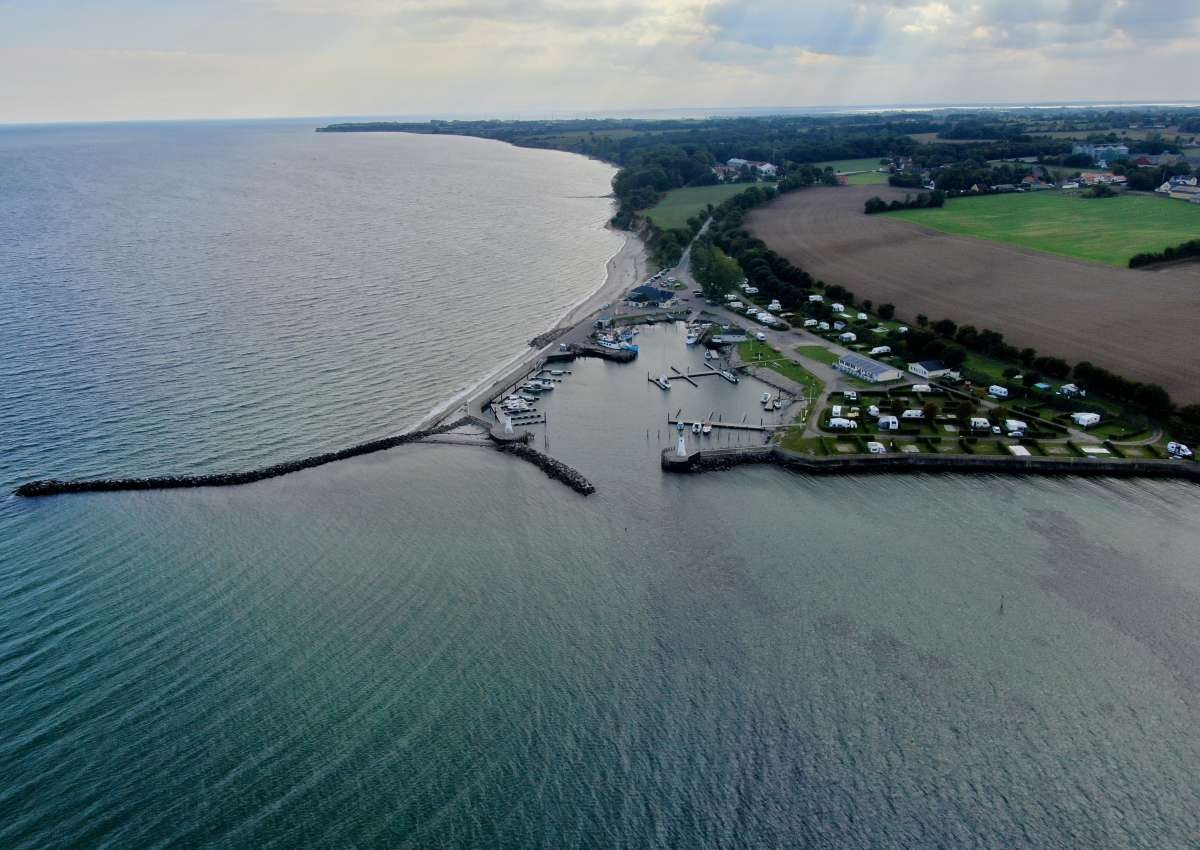 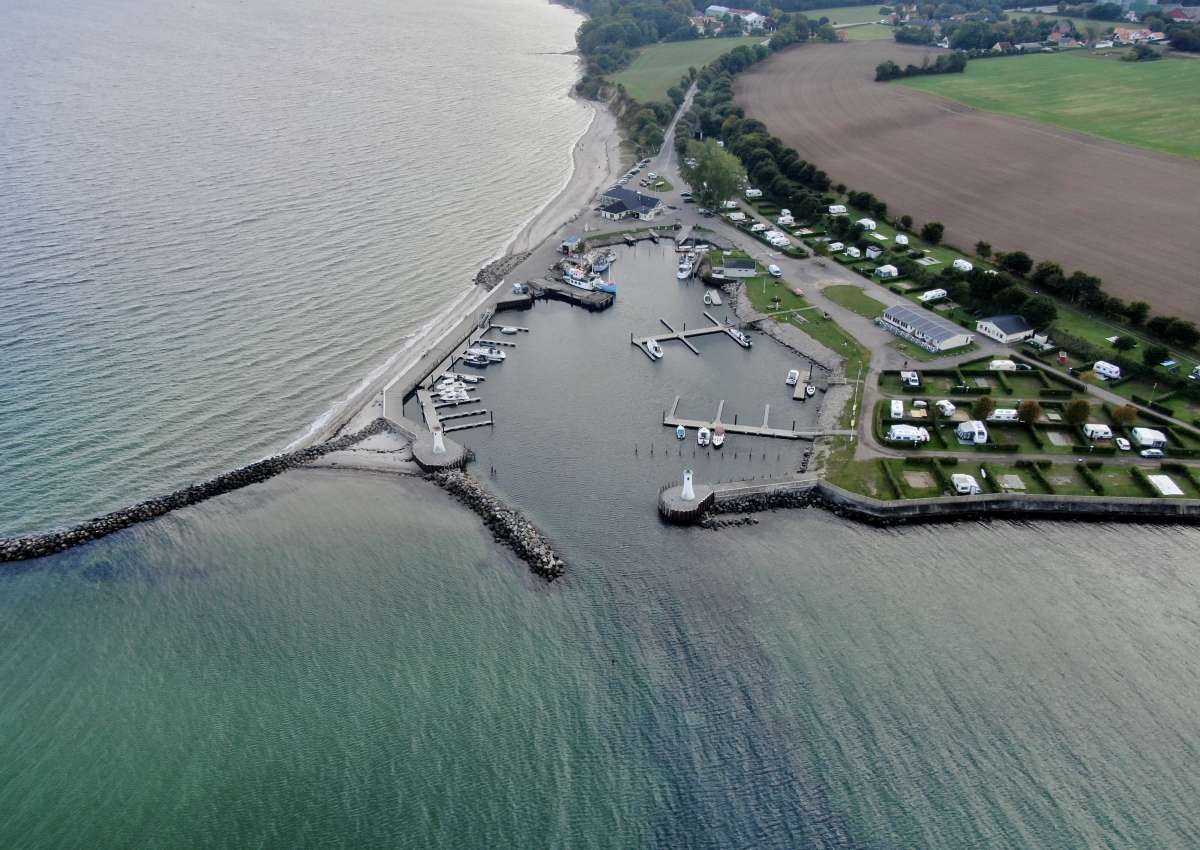 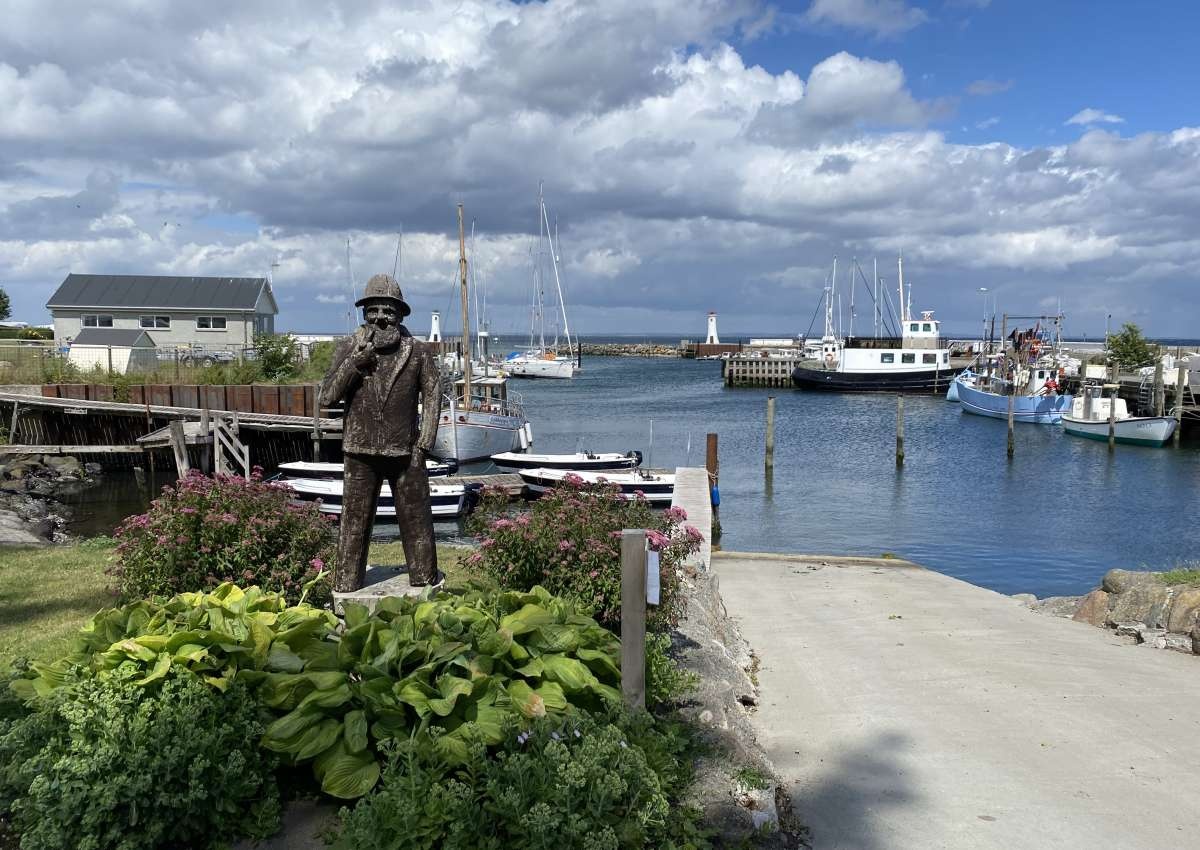 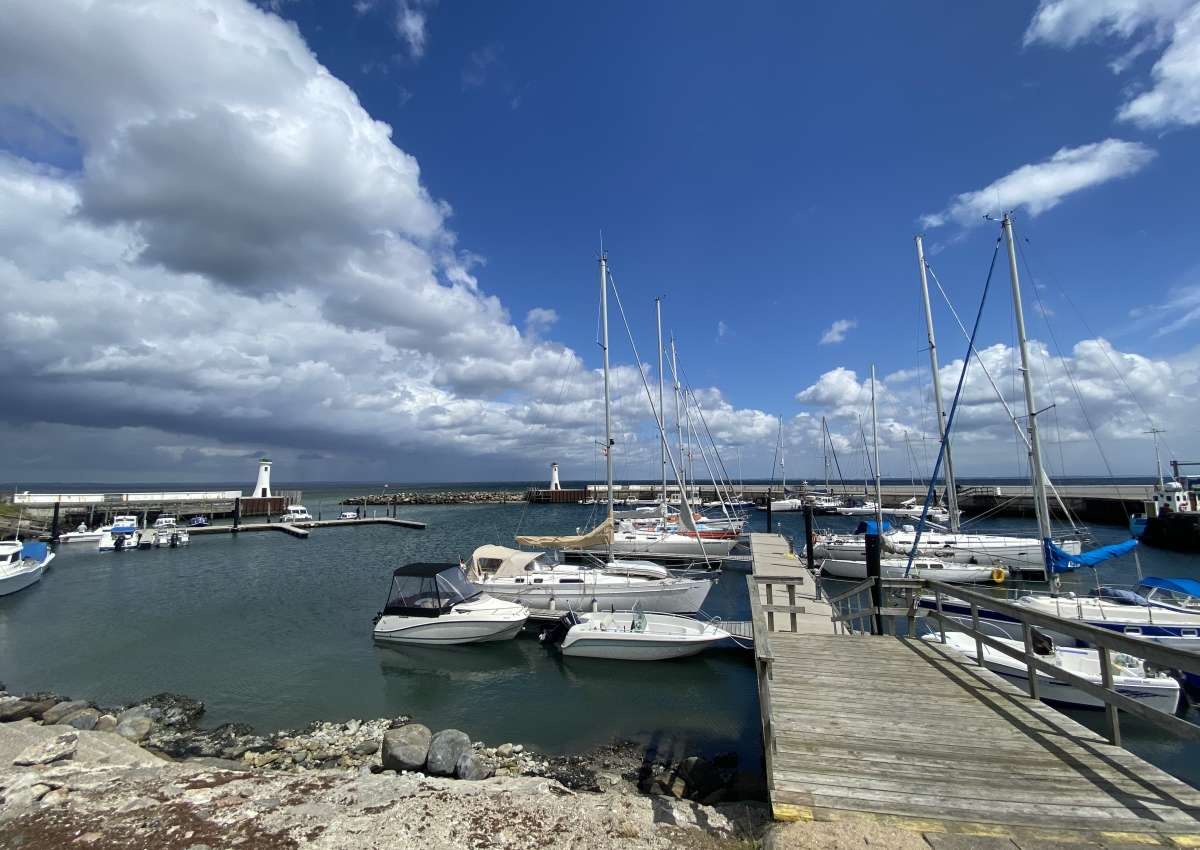 Small fishing and pleasure boat harbour on the east coast of Alsen.

The approach is unproblematic day and night, but at times there is a very strong current parallel to the coast. From the fired eastern pier head of the rockfill (Fl.R.3s) one keeps well clear. The east side of the rockfill tends to silt up. Caution: During onshore storms, there is a strong bottom sea off the entrance.

Guests lie on the western swimming bridges (with fingers) at 1.5- 2.5m water depth. The southern part of the harbour basin is reserved for fishermen. In strong northerly winds the harbour can be choppy due to swells.

Cosy harbour with adjacent campsite, good basic service available, also kiosk and restaurant. The next small shop for food is a good hour walk in Tandslet. Only diesel fuel can be refuelled.

The port of Mommark has more atmosphere than the port of neighbouring Fynshav, although the small village above the port has little to offer culturally. But the harbour's very location below a tree-covered hill is appealing. In the past only the ferry between Søby on Ærø and Mommark caused some trouble. A spectacle was always the turning manoeuvre of the ship, which had to turn on the proverbial plate. In the meantime, the connection is now from Fynshav. Today, the adjacent camping business brings some variety into the harbour's everyday life. Frequently photographed motifs might be the harbour's pier lights, two turrets of a design you'd expect to find on a Greek island rather than Als.

There's not much left of the town's former importance as a key ferry station on the defunct Faaborg-Mommark line. Fynshav has overtaken Mommark in this respect. Between these two harbours, at Kettingskov, about three kilometres from Mommark, lies the largest megalithic monument in the north. Blommeskobbel is the name of the forest where the two long dolmens can be found. The larger one measures 53 by 12 metres and counts 69 rimstones Two round dolmens can also be seen here.

The Lysabild Kirke ten kilometres southwest of Mommark was first mentioned around 1200. It was built in gratitude after the inhabitants of Alsen escaped an attack by Erik of Pomerania's fleet because a storm had driven the ships apart. Even today, the left part of the church is called the "Holy Blood Chapel". For a long time, the chapel was a place of pilgrimage, from which people expected protection from raids.