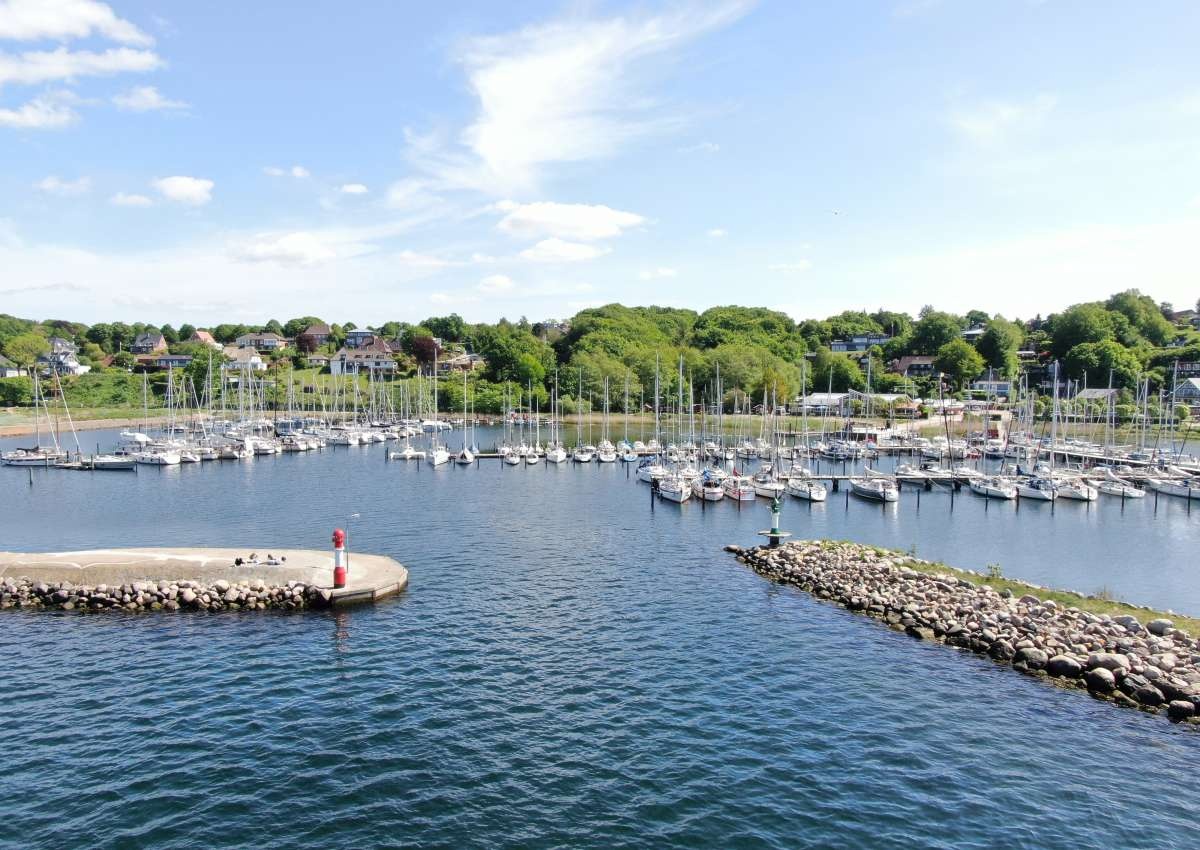 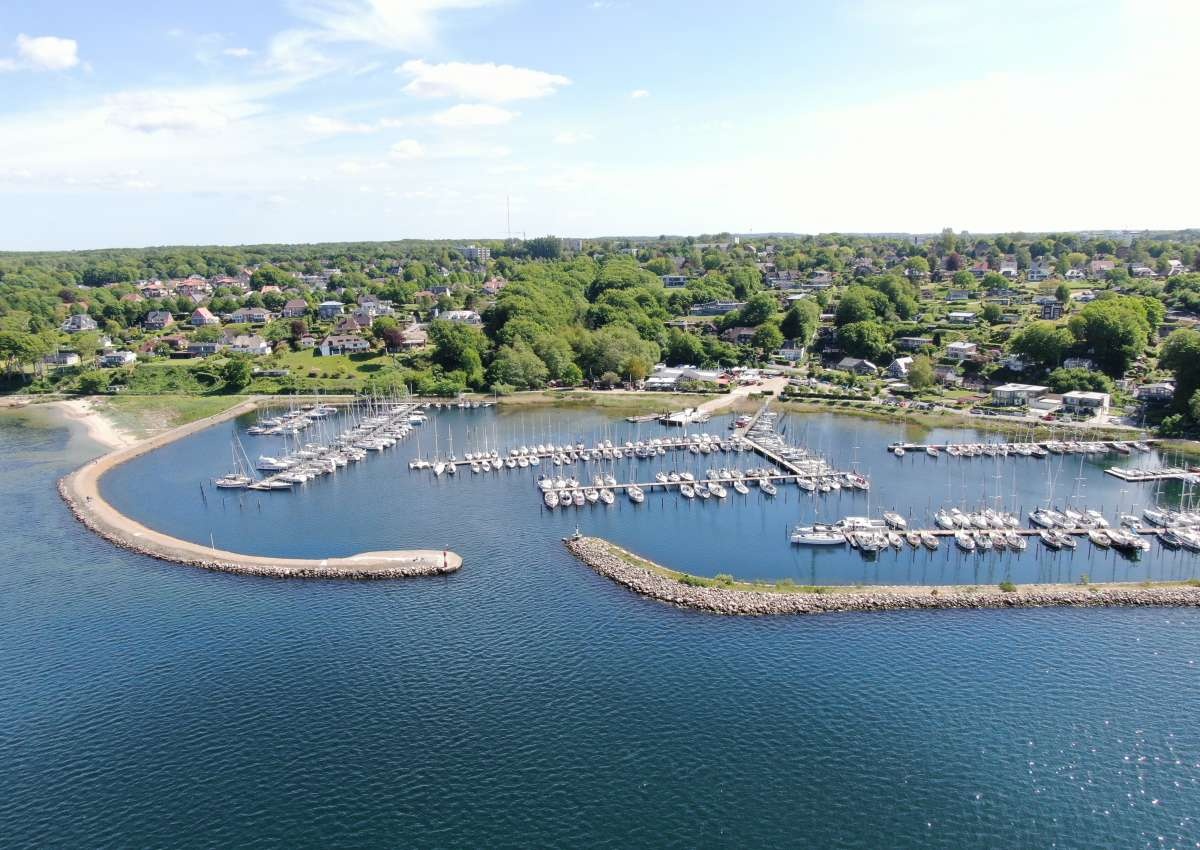 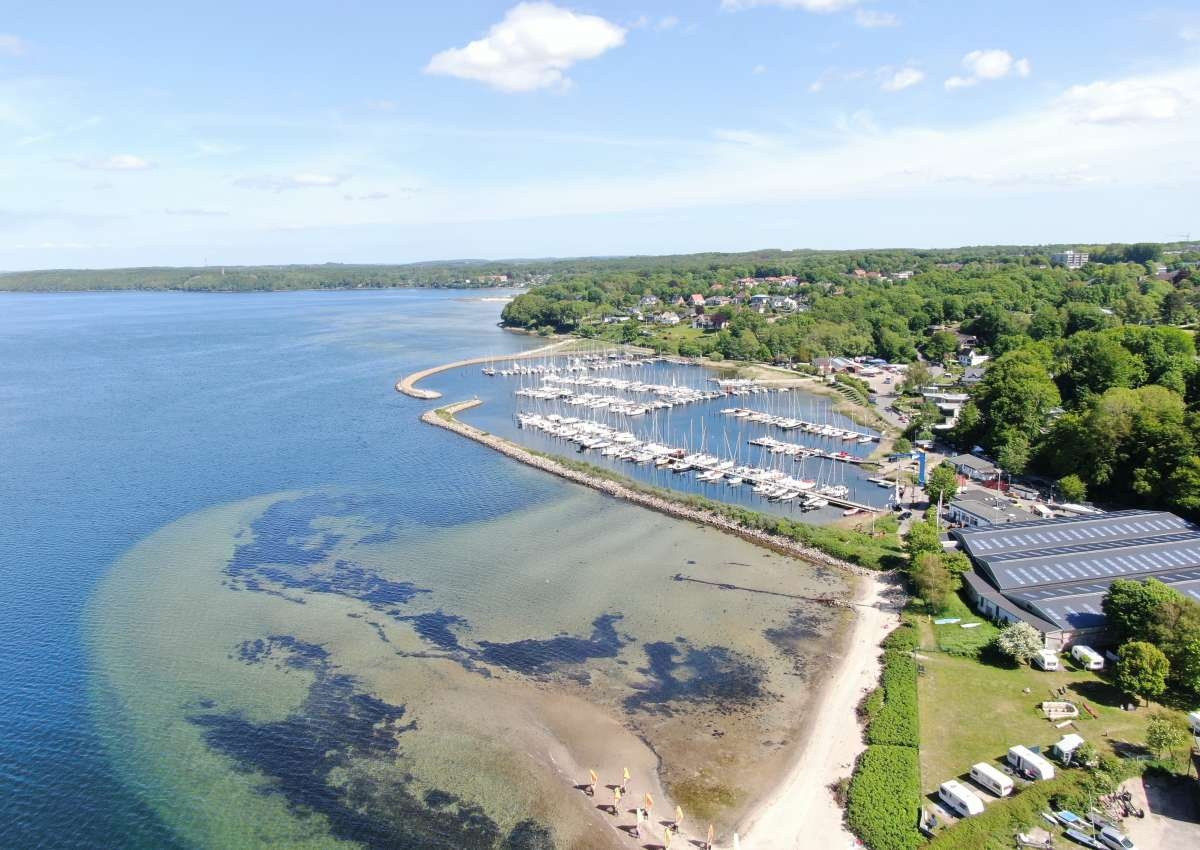 The approach to the port is unproblematic during the day and also possible at night. The approach is at right angles to the harbour entrance. The shoal off Farensodde, to the west of the harbour entrance, must be kept at a sufficient distance. At night one keeps clear of the shoal in the white sector (F.W) of the fire "Holnis".

Utilities are available (6 minutes walk uphill), there are also good transport connections to Flensburg from there.

This marina is located by one of Flensburg's more upmarket residential areas. There are good bus connections from the nearby district of Mürwik to the city centre of Flensburg (see also Flensburg). A bathing beach is located directly west of the harbour, access via the SVF-area. Another very nice beach (Solitüde) can be found one kilometre away towards Glücksburg-Meierwik.

The massive, castle-like building of red brick that you pass on the way from Fahrensodde to Flensburg is the Naval School, built at the beginning of the last century. Since 1910 naval officers have been trained at the Naval School Mürwik - with an interruption of 10 years after the Second World War. In 1945 the school was for a short time the seat of the last Reich government under Dönitz, who as Hitler's deputy had taken over the leadership of the Reich after his death. Here the Second World War was officially ended and the news of the German surrender went around the world. Until 1956, when the Bundeswehr navy took over its old training facility again, the building served partly as a hospital and partly as a teacher training college (PH).

A collection of military history in the school's former commanding officer's building provides an overview of the development of the navy since 1848. The small museum of the German navy is open to the public.