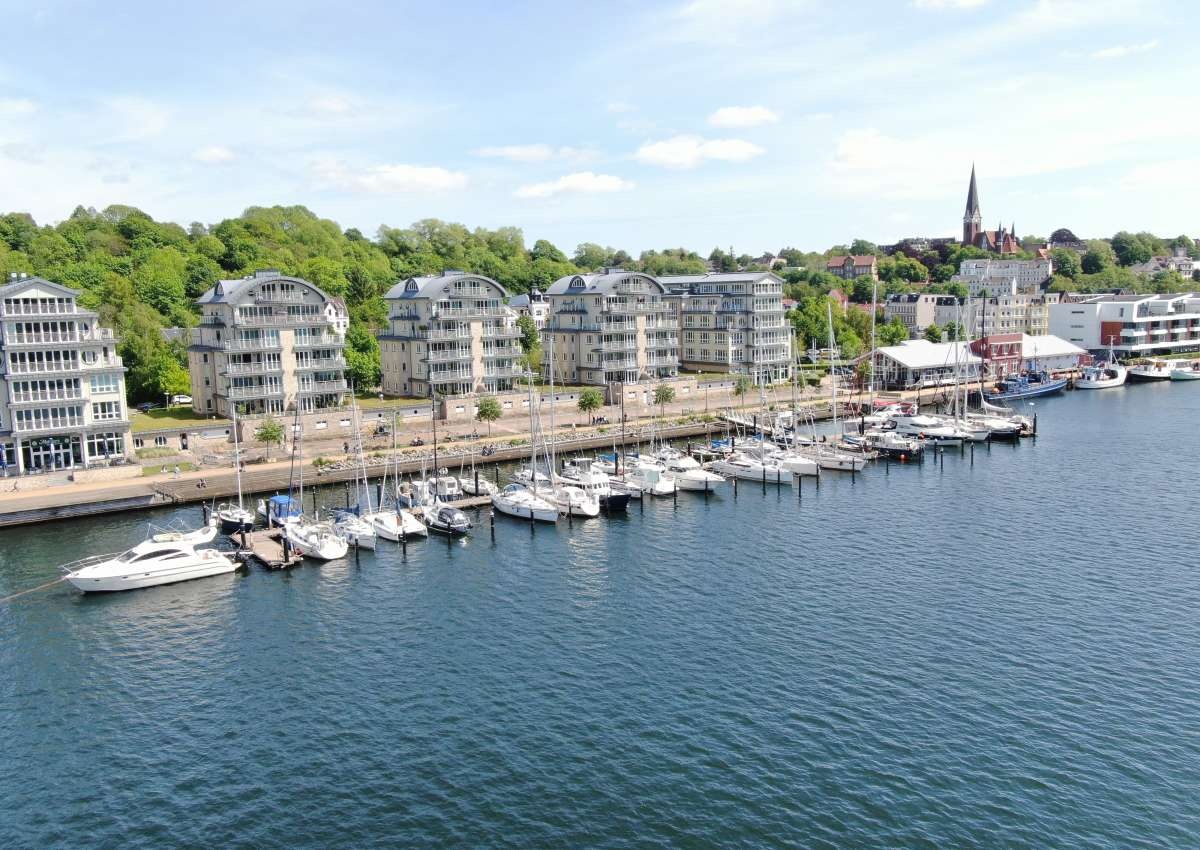 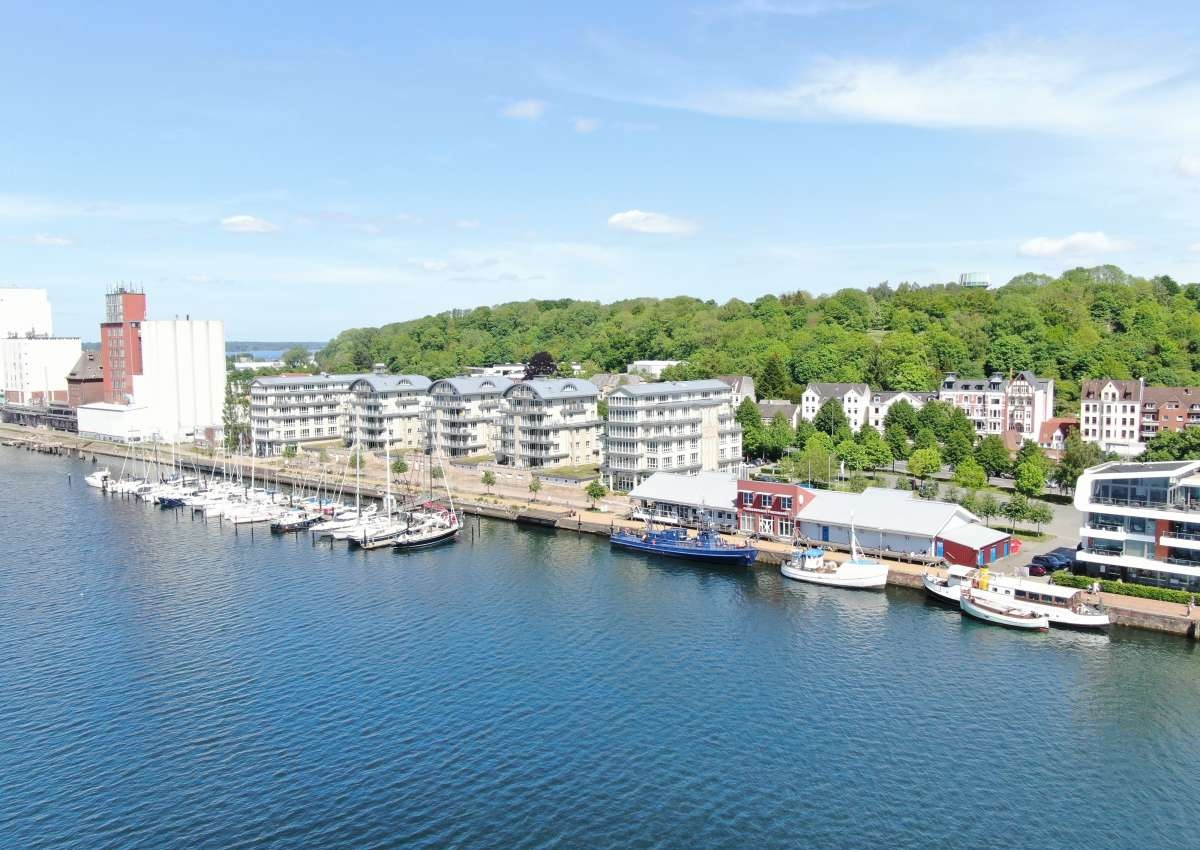 The Marina Werftkontor is located on the eastern shore of the Flensburg Fjord. In about 10 min walk you are in the city center. The jetty consists of concrete pontoons with rubbing strakes and the other harbour facilities are also in good condition.

Opposite the old town with good sanitary facilities and restaurants. Walking distance to the city centre is 20 min.

The jetties of the Galwik Water Sports Club (WSG) offer berthing facilities on temporarily unused club sites. In addition, the guest bridge and the quay facilities in the western part of the bay can be considered as moorings after consultation with the Niro-Petersen company. Here there is also a boat refuelling station. Sailmaking service is offered by the company Oleu-Segel.