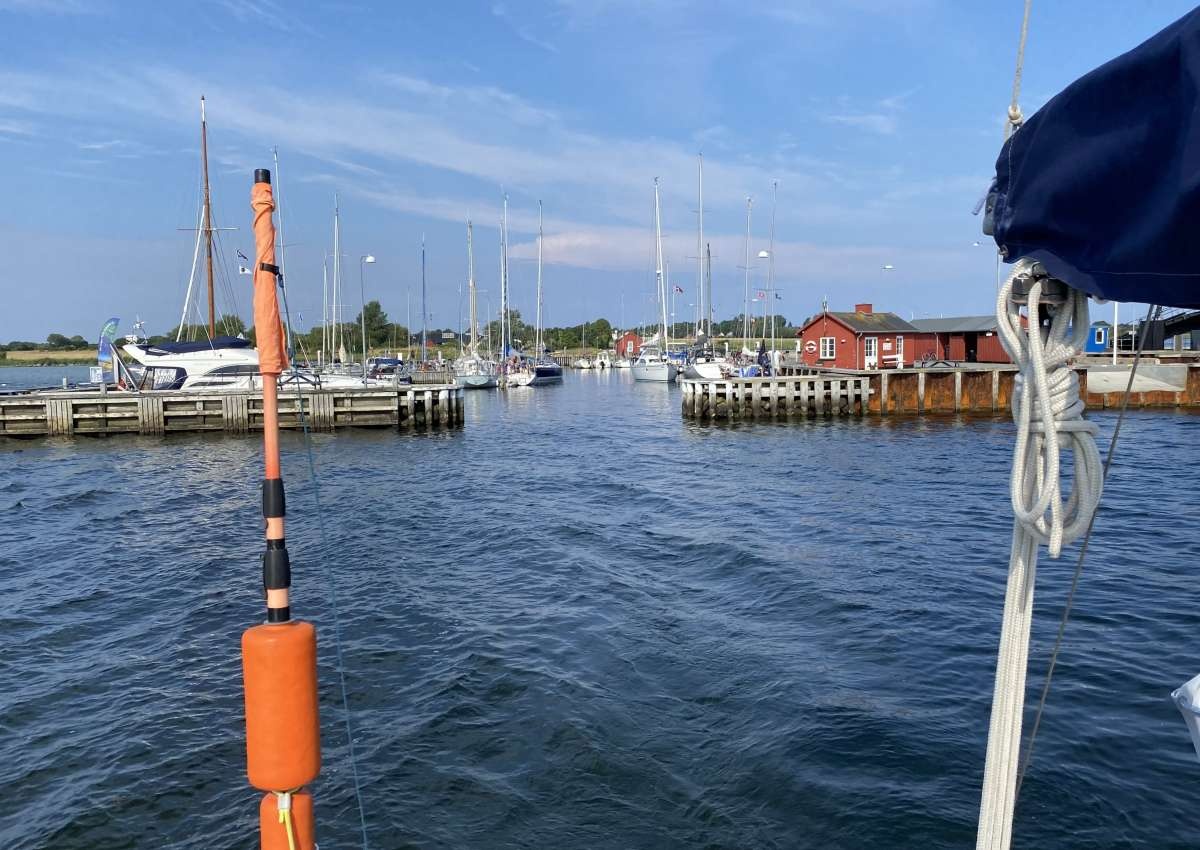 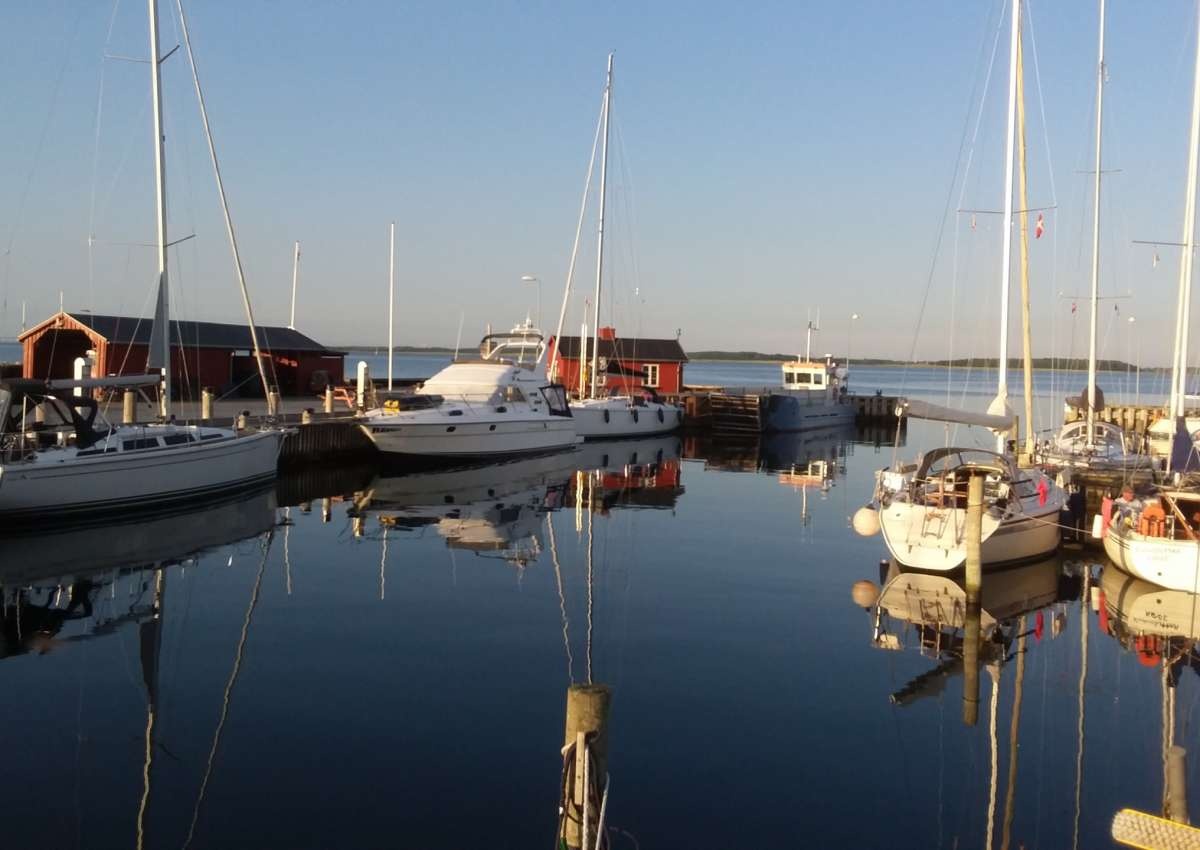 Very quiet little island with ferry dock and marina at the end of a 300m causeway on the eastern shore.

The approach to the fired harbour is possible day and night. Two unlit red spar buoys are located about 1 cable in front of the harbour entrance. To the south of the harbour are set nets.

In the marina you can moor at 3m water depth. Larger yachts can moor outside at the southern bridgehead, somewhat unprotected, at approx. 2.8m water depth.

The ferry dock must remain free.

Limited supplies at the merchant in "Strynø By" 1km away.

The village of the island, one kilometer from the port Grevebroen, has just under 200 inhabitants who live mainly from agriculture, fishing and tourism. There is a krog in the village. Tourist attraction of the pretty village, which has more and more visitors, are among other things the lovingly laid out flower gardens.

The maypole is the landmark of the island. It stands in a small square by the merchant's shop. In the merry month, the inhabitants of Strynø gather and put up the newly painted and decorated maypole.

Originally, people gathered here around an old beech tree to dance into May, but it was blown over during a stormy night.