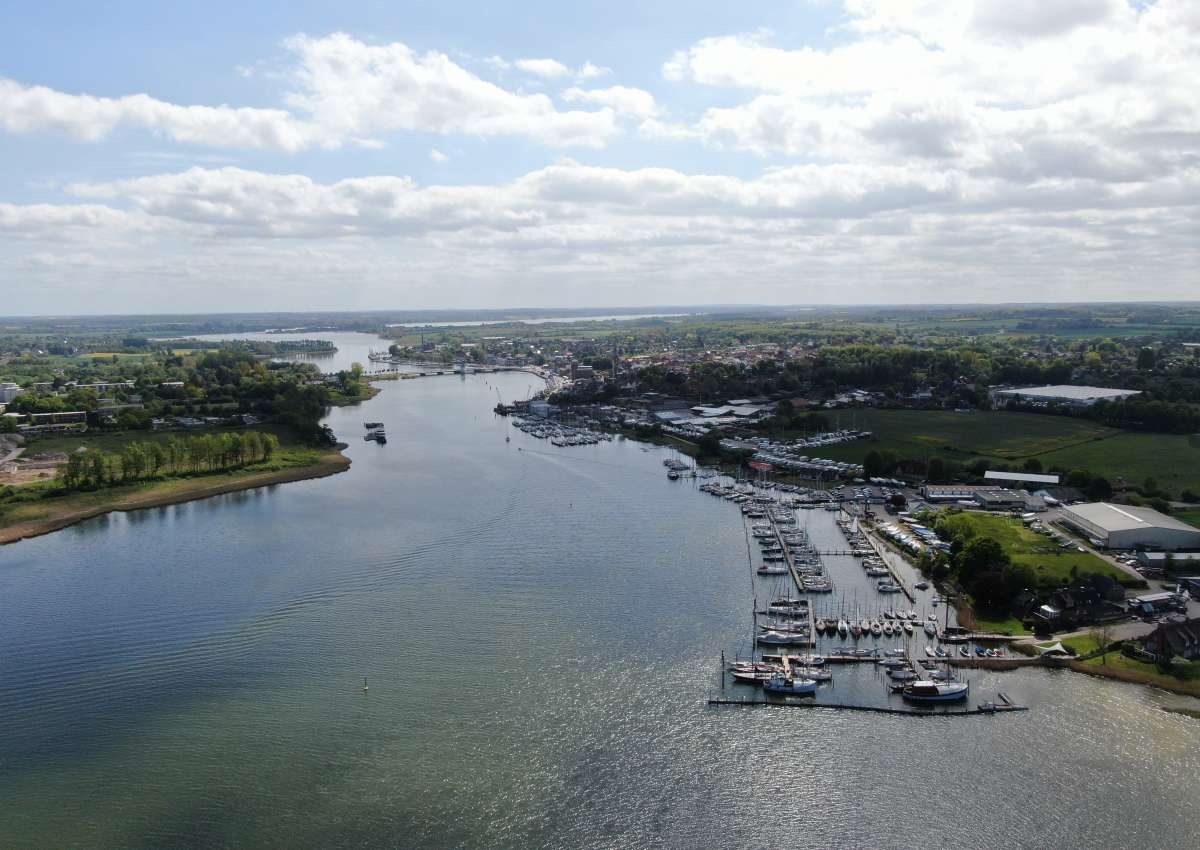 Rural berths, at both shipyards, within walking distance of Kappeln.

Since the Schleifahrwasser is lit up to Kappeln, the berths are to be approached also at night. Achtung: When approaching the berths across the fairway, pay attention to the current. Increased traffic during bridge opening (15 minutes before the hour, from 5:45 a.m. to 9:45 p.m.).

Guests will find places on 2- 3m water depth in the two marinas of the boatyards Stapelfeldt and Henningsen & Steckmest.